Addicted to making lists? You’re not alone. We all (well, most of us) love lists. We don’t just make them because we’re busy, or because our memory’s occasionally letting us down. We’ve been ‘listing’ from the beginning.

As kids it was: “Who’s coming to my birthday party,” and we’d get busy making a list. We made impulsive mental lists — deciding we’d eat the icing flower on top of the cupcake first, then lick the icing, then eat the rest (that was the order in which I did it, my little brother did it differently). Back in the day, we had a ‘Pet the Snake’ club on the bank of a river. We’d catch a garter snake and then list names in chalk on the wall under the bridge of those who were brave enough to pet it. You were in the club if you were brave enough. Life was simple. Lists were simple.

As adults, many of us are compulsive list makers. We don’t always write our lists down, we compose them in our head. Waking up in the morning, we think about what we are going do today: that’s a list. When we mull over solutions to a problem, we’re ‘listing.’

We regularly ‘list’ at work. Marketing couldn’t exist without lists: leads, accounts, and contacts, even a list of marketing strategies in order to settle on the best. Advertising is no different: a client brief is a list, things the client wants us to accomplish with the advertising. Advertising campaigns require all types of lists: new product names, story options, headline options, tag line options, graphic options, the list is endless. As a copywriter, my job regularly involves creating a list of product features with its corresponding list of benefits.

Outside of work, we make things-to-do lists, friends-to-call lists, books-to-read lists, grocery lists, wish lists and bucket lists. Our New Year’s resolutions are lists. Try going a day without listing. Apps for list making can take it to the absurd. I recently saw a link to “5 free apps for making better to-do lists.” The link’s title got me. How do you make a better to-do list? Instead of I need to buy cucumbers, oranges and milk, should it read 3 ripe cucumbers, 2 juicy oranges and a pint of fresh milk? I’m kidding, but then again, how much instruction do we need to make a list? Lists, by nature, are meant to simplify our lives; they have a simple purpose.

Why we make lists

Yes, I know, I just made fun of an app for making a “better” list, but Sir Richard Branson, entrepreneur and obsessive list maker, published a listicle recently. Its focus was business, but it’s apt personally too: Top Ten Tips for making lists. I particularly liked #10: Celebrate your successes, and then make new lists of new goals.

Celebrate! Crossing off a task done is worthy of celebration

When we cross everything off a list, we should take a moment to celebrate. Mostly, we don’t. We just make a new list and start the process all over again. But that ‘Wow, look what I did’ moment, the one that comes when we’ve accomplished everything on the to-do list, deserves celebrating. Isn’t that why we made the list in the first place, to feel good about crossing things off, getting things done?

A final thought. A little tongue-in-cheek, perhaps, but my favourite comment on list making was by writer Umberto Eco in an interview with Der Spiegel. He said: “We make lists because we don’t want to die.” What do you think he meant by this?

Last week, we published a blog that focussed on the new term ‘listicles’ and whether they have a place in advertising. Listicles and our ongoing attraction to them could be an extension of our inherent need to simplify, organize and get things done. Let us know some of the reasons you write lists. What has been your most bizarre? #3HListAddict 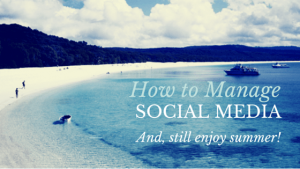 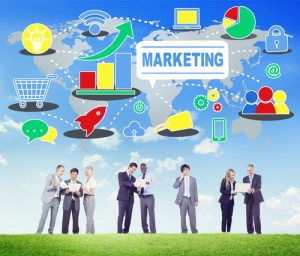 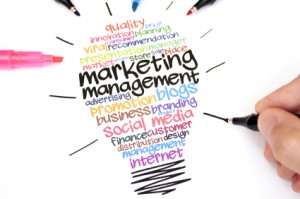 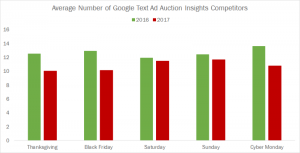