Take Command of your unique individuality.

How many times have you seen a speaker take the stage and deliver some variation of:

What does your unconscious mind immediately do?

The same holds true for when YOU interact with your most important audiences.

Whether it’s on the phone, via email, voicemail messages, in person, on a stage, or with your partner/spouse…presumably you want your audience’s undivided attention.

Yet if you sound like everyone else, your audience is going to shove you into the “Default Box.”

When you’re lumped in with everyone else there’s too much competition and you become a commodity. You want to stand out. Be seen. Be heard.

Here are 7 guaranteed ways to sound like everyone else, along with some simple substitutes:

1. Start your email with “Hope all has been well.”

Start watching for this. You’ll get a dozen emails today with that as the opening line.

Once you notice how pervasive this opener is, it’ll be impossible NOT to see.

(Kind of like when I realized that the FedEx logo has a rightward facing arrow between the E and the X. From that day forward I’ve never not seen it.)

Alternative: Get right to the point of why you’re emailing. Everyone is “busy” (see #7 below) and will welcome your direct approach.

You can always add a flare of personality and humanity by dropping it in the post script:

2. To your romantic partner: “How was your day?”

Nothing tells your partner that you’re mailing it in quite like hitting them with The Gold Standard of Lazy Questions.

“I don’t have the energy to come up with a more creative or thoughtful question, nor do I really care about the content of your response, therefore I’m tossing the hot potato in your lap so I can zone out for a few minutes while you bore yourself with your own answer.”

Alternative: “If all of today’s events in your life were a newspaper, what would be the headline?”

3. “Thank you for your time.” (At the beginning of a presentation or in a meeting with a superior).

This is a well-intentioned gesture of respect that often has the adverse effect.

Because the recipient is so accustomed to receiving such acknowledgment from people who want something from them, you’ve inadvertently established a power dynamic that puts you in the submissive position:

You’ve unconsciously reinforced that they are on the pedestal and you’re below them.

You want to establish yourself as a leader in their eyes. Leaders don’t sound like every other soldier.

Alternative: Demonstrate respect and deference through how you prepare for that meeting, ask well-informed questions and deliver meaningful insights.

Nail this, and they’ll be thanking you for your time.

4. Talk about anything related to the weather.

If you need further explanation, you’re part of the problem.

I know I’m recycling here but I need another example and I’m getting lazy.

Alternative: Go directly into a story as if you’re already in mid-conversation with the audience. No precursor or further context setting needed.

George Carlin was the master of this. He’d step on stage and launch directly into a shockingly sordid story without any lubrication (much to the sheer delight of his audience.)

Is it just me or doesn’t that sound a lot like “I’m losing my edge, breaking down and becoming less relevant?”

This is one of those universally accepted statements that I’ve never understood.

Not only is it disempowering language, it’s often inaccurate and serves as a smokescreen for denying the real underlying issue.

For example, the “I’m getting old” card is often deployed when people feel out of shape and can’t shed weight like they did when they were 18. (Spoiler alert: no one can.)

The real problem isn’t old age. It’s the sitting 12 hours a day in a chair followed by a dinner for two (and eaten by one) washed down with three and a half glasses of Pinot.

Alternative: Drop the “I’m getting old” bit. The more you say it, the more you reinforce it, and the worse you’ll feel. Plus, you’re unconsciously signaling to others that you’re slowing down.

Be precise with your language, identify and speak the truth.

7. “I’ve been busy/slammed/things have been crazy.”

If you’ve been reading my stuff for a while, you know I’ve got a major stick up my butt about this one.

The “I’m really busy” and all its creative variations used to be a way of signaling your importance to other people.

It’s also served as a handy socially acceptable excuse to explain why you’ve been slow to respond or missed that deadline.

But my friends, the tide has turned.

People are starting to translate “I’m busy” as “I don’t have control over my life.”

And that doesn’t look good on anybody.

Alternative: “I’m sprinting really hard right now and focused on big things that have required my full attention. I can’t wait to tell you all about it when I’m on the other side…”

If you feel like I’m being hard on you, good.

I’m obsessed with unleashing people’s real selves. That’s where the GOLD is. And sometimes I need to shake you up in order for the gold to fall out.

No matter how weird, abrasive, quirky or unusual you are, that’s the stuff that everyone really wants to see.

Stop sanding off your rough edges to try and fit into someone else’s socially acceptable box. 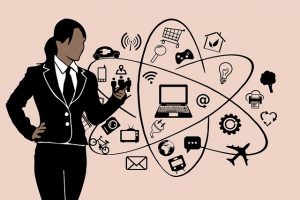 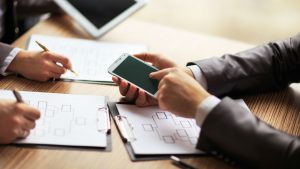