Email marketing is still one of the best performing digital channels, beating out Facebook and Twitter by 40X according to one study.

So what’s the problem?

The number of emails that our subscribers are getting continues to balloon. Billions are already being sent daily, and the average person will get about 140 daily emails in a little over a year.

That means we’ve never had more competition than ever before.

And it gets worse, as email service providers like Gmail are trying to reduce the amount of promotional emails that actually hit someone’s inbox.

Here are 5 tips to escape their clutches, break through the noise, and increase click through rates across your campaigns.

Tip #1. Prune Subscribers with Low-Engagement that are Holding You Back

Sending email isn’t difficult these days. Actually getting it delivered is, according to an excellent Wired article.

It discusses how MailChimp uses sophisticated techniques like sending large campaigns in tiny batches initially to test subscriber reactions. If Open and Click rates are low, with high unsubscribe or complaints, they’ll kill the entire campaign before sending to everyone else.

The reason they’re so strict is because modern email service providers like Gmail and Outlook now use Reputation Scoring – analyzing the quality of an email campaign based on who it’s being sent to and where it’s being sent from.

That’s one of the reasons why your promotional or newsletter-based email content automatically gets filtered to the Promotions tab in Gmail. So even though it’s technically getting to your subscribers, they’re probably not seeing it among all the other stuff in there.

Chances are, your current email list is full of old subscribers that have little-to-no engagement. They haven’t opened an email from the last few campaigns, or over the past few weeks, and by continuing to send stuff to them, you’re risking high unsubscribe and spam complaints that will only further jeopardize your deliverability (or chances of actually reaching the good people).

Most email marketing software providers will provide the ability to go in and create new segments, where you can select criteria like recent Opens or Clicks and determine who might be ‘dead weight’ that is on the brink of opting out soon.

Tip #2. Make it Harder to Join in the First Place

Another counter-intuitive starting point is to make your current email list harder to join. Crazy as that might seem, there’s data that backs this up.

We’ve already seen that MailChimp has a few strict policies. And unlike many others, they require and force you to use a double opt-in sequence for new subscribers.

That means after people give you their email address on a website or form, they also have to go into their email inbox and confirm their subscription before they’re added to your list.

Obviously, that extra step and hassle cuts down on the number of people who opt-in. But… it ensures that those who do REALLY want to hear what you have to say. Based on their research and analysis, lists with double opt-in members have higher engagement with click rates and lower spam complaints over time.

If you’re a service-based business that uses a bigger offer like a free consultation, you should probably also increase the number of fields you’re asking to get additional information. Some platforms, like HubSpot, give you the ability to save or ‘bank’ answers against a contact’s record so that you don’t have to ask them for that information again.

While this might also cut down on the number of people opting-in, it should help you disqualify those who’re ‘on the fence’ and make way for the ones who’re eager and ready to get started (i.e. the quality vs. quantity argument).

Tip #3. Segment Your Email Campaigns Instead of Broadcasting

Sending a newsletter-style campaign to a big list of subscribers is fine if you’re just trying to deliver general information and stay ‘top of mind’.

But if you’re aiming to drive new leads or sales, segmentation is the key.

Automatically sorting your database and sending timely emails that are personalized to each subscriber can deliver a 451% increase in qualified leads, with a 34% increase in average sales.

Start with a specific objective or milestone hit, like a product added to someone’s cart or just recently purchased. You now know a lot of specific information about this person, what they were just looking at, and what they’re trying to do next – and you can use all of this information to your advantage.

Again, even relatively inexpensive software like MailChimp allows you to create these automated ‘workflows’ that will send out specific emails at predetermined intervals once someone completes the action you’re looking for.

Some more advanced tools, like HubSpot, will allow you to create sophisticated follow-up sequences based on what someone DOES or DOESN’T do.

For example, if someone doesn’t click on the link then send them this email. If they do click, then we can send them something else.

People are receiving an overwhelming amount of emails each day. And unfortunately, many of yours are probably getting stuck in that dreaded Promotions tab.

That means you’ve got a ton of competition for attention.

For example, average click rates are around 2.5% for the ‘Marketing and Advertising’ industries according to one study.

After analyzing over 280,358 email subject lines from a few years, we noticed that some of the best performers contained only a few words.

For example, “50 Ways to Get Customers in 2014” 9.10% click rate (which is 2-3x better than industry averages). We also found similar successes with “3 Killer SEO Resources” and “Why Comments are Useless”.

Beyond keeping the subject line to 30-40 characters though, you’ll also notice that these headlines use strong, vivid language that jumps out at you (instead of generic, overly bland stuff).

Another take on this approach comes from Susan at 500 Startups. She advocates using common email language that we’d expect to see from a colleague or friend, like the abbreviations:

Another critical detail in the image above is the sender’s name. Here, you’ll notice the friendly “Alison Powell”, even though it’s from HubSpot (the company), because they want you (the reader) to emotionally engage with the email.

In addition to a person’s name, adding the company name too (like “Alison from HubSpot”) also increases click through rates as opposed to those lifeless, dreaded “noreply@” ones.

A final tip is to include extra context to the ‘Preview Text’ area that will show up just next to the subject line in your inbox. Here you can expand on the contents of your email a bit, or add some intrigue to build anticipation.

For years and years, an age-old ‘best practice’ has been to send email newsletters out on Tuesdays or Wednesdays.

It’s become a generally accepted marketing principle – regardless of industry.

Years ago, HubSpot set out to verify this and analyze the best time to send an email campaign. And the results were surprising…

That’s right. The campaigns with the highest click-through rates were over the weekend on Saturdays and Sundays!

The worst day of the week for click through rates? Tuesdays.

That wasn’t the only surprising thing, though…

Unsubscribe rates also jumped on Tuesdays, which is a terrible signal in this case.

That lead HubSpot to recommend testing “contra-competitive timing”, or doing the opposite of what others in your industry might be doing.

One way to do this is to simply send campaigns at different days and times to see what works best for your own audience. Some tools however also allow you to A/B test day and time. So you’ll send the same exact campaign, to half of your audience at one time and the other half at another. For example, MailChimp will allow you to select Opens or Clicks as the winning metric and then show you results afterward.

Timing also comes into play as discussed in Tip #3 with segmentation.

One good example highlighted by a HubSpot article saw that Eater Boston sent out a “Where to Drink Beer Right Now” email at 6:45PM on a Wednesday, just in time for all those people leaving work and heading out for the evening.

It’s never been more difficult to get an email delivered successfully to a subscriber.

Which means it takes a few different techniques and approaches to boost results.

The starting point is to evolve your approach and make sure only the best, most interested people are able to join your list in the first place.

The next step is to segment your future campaigns to make sure that the right person receives a tailored message at the right time.

And last but not least, make your emails as personable as possible (from the sender address to the subject line and preview text).

Because after all, whether we’re talking email or the phone or Twitter or Facebook, people want to connect and hear from other people – not nameless, faceless corporations. 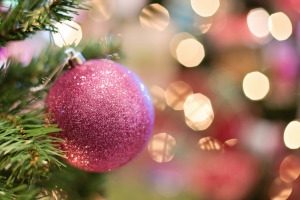 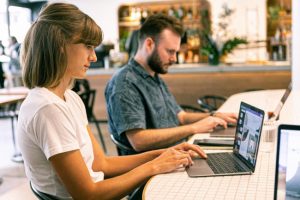 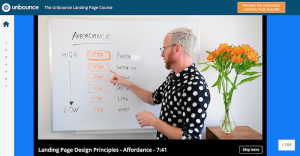 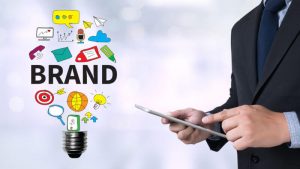 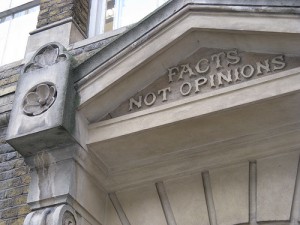