Flashback 4 months ago to the first day of my professional career doing enterprise sales. It was 8:48 a.m. and I had just met my team lead in the elevator. He told me “Be a sponge for the next three months.” My first thought was, what the eff does that mean? Secondly, 3 months is a really long time.

Flashforward 4 months, and truthfully, I could not have received a better piece of advice that day. I became a sponge and I absorbed everything I could, from everyone and everywhere I could. Everything was a learning experience, but more importantly, a chance to grow.

Like my first work conference. You could say that day was like a crash course in Socializing 101. Here are my ‘lecture’ notes from the day, and how they apply to the broader scale of socializing on social media.

The first session ended and we broke out for coffee. I started running around like a chicken with its head cutoff. Networking groups had formed and every prospect I wanted to speak with was already engaged in another conversation. I didn’t want to intrude, so I did what I could; I listened, and it was awkward. You know that person who just stands on the outside of a conversation looking in? That was me, and worst of all, my prospects weren’t talking about the next piece of technology that was going to solve all of their problems.

I was listening to conversations about where they were traveling from, or when the last time they had been in NYC. They were not talking business, they were forming relationships. I needed to join the conversation. The same can be said about your brand on social media. Conversations are happening around your brand on social media whether you are apart of them or not. Don’t just awkwardly listen, and please stop considering ‘engagement’ as shoving advertisements down consumers’ throats. Join the conversation, use it as an opportunity to build a relationship, and humanize your brand.

Tip 2: Use the Data You Gather

Given my first breakout session was an utter disaster, I needed to adjust my approach. Did Gartner Research tell me that I will have a 56% success rate by initiating a prospect first? No, but from the first breakout session I noticed conversations formed on the walk to get coffee as opposed to actually getting coffee. I took this into mind. The second session ended, and I asked someone if they wanted to go grab a coffee. We did, and minutes later we were joined by one of my top prospects.

Now my emails are no longer routed straight to their ‘spam’ inbox. My point here is that life is data, so use it! If 1000 people Tweet at an airline about lost luggage at JFK Airport, and the airline does not contact the JFK ground support team to correct the issue, they have failed as a brand. Align your social listening strategy to take advantage of the data you gather and the insights it generates.

Tip 3: Be Proactive, Not Just Reactive

Next up was the lunchtime breakout session. It was my biggest networking opportunity and I still had a long list of companies I wanted to speak with. I knew it’d be best to position myself at the same table as my prospects, but no one was going to come up to me and say “Let’s grab a bite and talk social customer service.” That was when I took matters into my own hands and got proactive about it. I was behind a prospect next in line for the mystery meat being served when I simply asked “Do you know the Wifi password?”

Small talk turned into a lunchtime conversation, and I eventually learned that this prospect was evaluating social platforms…boom! By being proactive, I was able to engage him and attain the same result as if he said “I need a social customer service platform.” On social media, customers are not always going to directly mention your brand when they need assistance. Listen for these instances when they don’t, be proactive, and surprise and delight your customers, and even your competitors’ customers. In return, they will become your biggest brand advocates. And let’s not forget about a boost in NPS score.

Tip 4: Talk About Them

There is nothing people like to talk about more than themselves. I quickly realized this when the longest responses I got were when I asked “What do you do?” I realized even quicker that this is one of the most crucial questions to ask in a conversation. By shifting the focus off of yourself, you get to show empathy, listen with intent eye contact and slowly break down walls built to keep annoying, repetitive pitches out. Every chance to listen and prove you are actually hearing someone else is an even greater opportunity than when you get to speak.

And let’s face it, whether you are a person or a brand the point of social media is largely to make others aware of yourself. Use social media to listen for customers posting great pieces of content about your brand and recognize them for it. Talk about them, share their experiences (with permission of course), and have social media users become the next hire on your marketing team.

It was nearing the end of the conference and there was still one prospect I wanted to speak with. The “one,” actually. I had butterflies in my stomach as if I was at prom about to ask the prom queen to a dance, except her title now was Head of Social Care. I used a combination of tips 1-4, and we were soon conversing about the best spots in Brooklyn to grab a slice. We talked for a few more minutes, but the event was about to end. I needed to ask for a last dance. It was almost as if I let the words “Do you want to exchange business cards?” slip by accident, but I had finally done it. I had exchanged my first business card.

I was proud, however, it took me the entire conference to get one business card. In that same time my colleagues had amassed stacks on stacks on stacks. I got so caught up in trying to have meaningful conversations that I lost focus on why I was having these conversations in the first place, and it hurt my end performance. Today, social media is not an 800lb gorilla, it is more like a 6-ton elephant. It’s massive, and it’s easy to get distracted. Make sure your brand stays focused on strategy, and even more importantly, stays focused on execution. Remember, just because you can do something, doesn’t mean you have to. 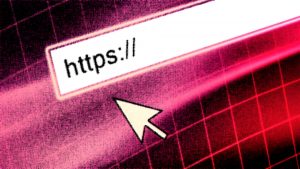 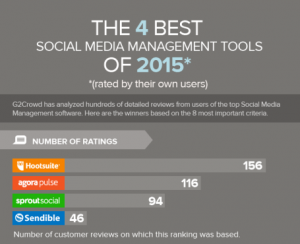 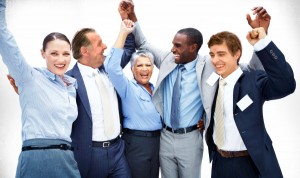 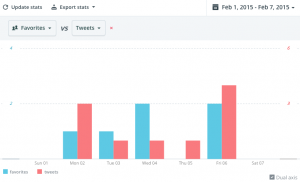 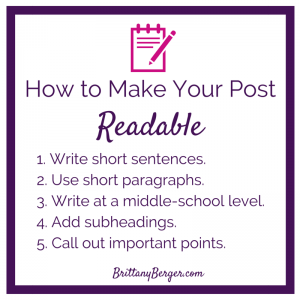 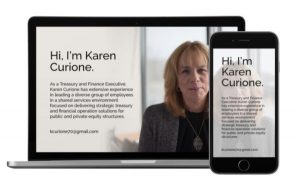 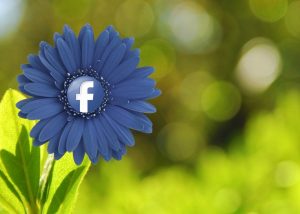 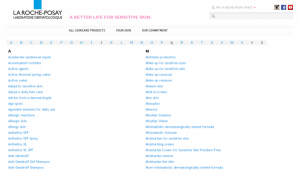 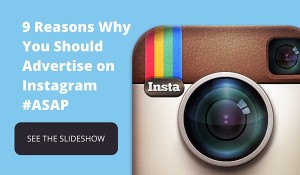