We’ve all heard the arguments in favor of liberal arts majors, like history, philosophy or political science. They’ll help you think critically. They’ll open your mind. They’ll train you to be a more thoughtful, well-rounded person.

They just won’t make you much money.

Or will they? FindTheCompany scoured its database of nearly 100,000 executives, and it turns out some of the most successful CEOs were liberal arts majors. Let’s run down 21 CEOs from household brands, each of whom chose to study a liberal arts discipline. We’ll order the list by the market cap of the company each executive leads, counting down to the biggest brand of all.

Maybe all of that critical thinking can be good for a little personal wealth after all.

Patrick M. Byrne’s lists of activities and accomplishments would be a stretch even by Hollywood’s standards. He has a bachelor’s from Dartmouth, a master’s from Cambridge and a PhD from Stanford. He is a cancer survivor and a black belt in tae kwon do. He rode his bike across the continental U.S. in order to raise money for cancer research.

Always enterprising and opportunistic, Byrne started Overstock.com, an e-commerce site designed to sell leftover inventory from the dozens of dot coms that crashed in 1999. The site has since evolved to function as a standard online shopping portal.

Edward Lampert began as a scrappy Goldman Sachs intern and savvy investor, with Warren Buffet-like instincts for stocks. He was kidnapped at gunpoint in 2003, but reports say he talked his captors into releasing him.

Backed by a track record of Wall Street investment success, Lampert became Sears CEO in 2013 after years as a hedge fund manager.

After studying environmental science at SUNY (Plattsburgh), Michael J. Kasbar saw a market with untapped potential: marine fuel. He started his own company, then later formed Trans-Tec Services, Inc. Today, he is the CEO of World Fuel Services, a Fortune 100 company that provides fuel products and services for marine, aviation and ground transportation.

Long-time vegetarian (and more recently, vegan) John Mackey was studying philosophy and religion at the University of Texas (Austin), when he dropped out to start a health-food store with his girlfriend. The fresh concept grew rapidly, and Mackey eventually settled on a new name: Whole Foods.

Today, Whole Foods is one of the most popular alternative grocery stores in America.

Though Denise M. Morrison began her career at Procter & Gamble, she soon found her way to the food industry. Her résumé includes a series of household snack brands, from Nabisco to Nestlé to Pepsi-Cola. She jumped into the public spotlight after being appointed to executive vice president at Kraft Foods.

Backed by her years of food industry experience, she joined Campbells in 2003 and ascended to CEO in 2011.

Though he began as a political science major at Colgate University, today W. Edward Walter is the CEO of Host Hotels & Resorts, the nation’s largest lodging real estate company. His résumé includes leadership positions at both Trammell Crow Residential and Bailey Capital.

Jeff Smisek started down a legal path after obtaining an economics degree from Princeton. He received his JD from Harvard, then secured a position on Continental’s general counsel.

In many ways, the 2010 United-Continental merger was a boon for Smisek’s career—the deal cleared the way for Smisek’s appointment to CEO.

Steve Ells’ early twenties look nothing like most high-profile executives. He started with an art history degree, then went to the Culinary Institute of America in Hyde Park, New York. He then spent two years as a sous chef in San Francisco, but began to notice the incredible popularity of the city’s taquerias and burrito joints. Reasoning that he could raise money for a fine-dining restaurant by selling burritos, he started a fast-casual business: Chipotle.

Chipotle took off faster than he could have imagined, selling nearly ten times as much as he had originally expected. He scrapped the plans for the fine-dining establishment and focused on Chipotle, now one of the biggest restaurant success stories in America.

Known best for its painting supplies, Shermin-Williams is a Fortune 500 company headed by Christopher Connor, a sociology major from Ohio State University. Connor started at an advertising agency, experience that eventually landed him a position as advertising director at Shermin-Williams.

After securing a degree in political science from University of Houston, Richard Anderson attended South Texas College of Law, then began a career as a prosecutor. At 32, Anderson resolved to find a better-paying job in order support his wife and newborn daughter. He walked into Continental and offered his legal services.

Anderson has been in the airline business ever since, moving from Continental to Northwest to Delta. He has been CEO since 2007.

A football player and teenage pilot, Frederick W. Smith served in the United States Marine Corps for three years during the Vietnam War. Throughout his service, however, he hadn’t forgotten about a little business idea from an economics class at Yale: a shipping company focused on overnight deliveries.

After the war, he went on to found Federal Express, a company that eventually became FedEx.

The son of business magnate Rupert Murdoch, James R. Murdoch was widely considered the brightest of the six Murdoch children. He attended Harvard, but spent much of his time drawing cartoons and writing articles for the satirical underground university newspaper, the Harvard Lampoon. He ended up dropping out.

Murdoch Jr.’s history of business success has been checkered. He has held many executive positions, but almost all have come through his father. Time will tell.

Kenneth Chenault received a degree in history from Bowdoin College, then secured a JD from Harvard Law School. Before coming to American Express, he served as an attorney at Rogers & Wells, then as a consultant at Bain & Company.

Chenault became the third black CEO of a Fortune 500 in 2001 after 20 years of service with the company.

A rare triple major, Peter D. Hancock studied politics, philosophy and economics, a combination of disciplines that would have made the ancient Greeks proud. He spent 20 years at JP Morgan before leaving the company after its merger with Chase.

For Hancock, the 2008 financial crisis turned out to be an opportunity. In 2010, he was tapped to be the executive vice president of finance, risk and investments. Today, he is CEO.

Lloyd Blankfein received his JD from Harvard Law School, then joined Goldman Sachs in 1981 as a precious metal salesman in London. Over the next 25 years, he rose through Goldman’s ranks, finally becoming CEO in 2006. He is routinely featured on lists of the most wealthy people in the world.

After obtaining a degree in communications from Northern Michigan University, Howard Shultz found his way to the Swedish drip coffee maker, Hammarplast. As he learned about the coffee industry, he traveled to Italy, where he became inspired by the hundreds of espresso shops—practically on every corner. He approached Starbucks—a small coffee and tea outfit in Seattle—imploring them to expand to espressos, lattes and snacks. They weren’t convinced.

Shultz decided to start the business on his own, setting out to make the ultimate coffee shop social hub, much like he had seen in Italy. Shortly after, he bought the Starbucks brand outright. The rest is history.

The son of a janitor, Kenneth C. Frazier routinely faced long odds. His mother died when he was 12, and he ended up selling tadpoles and newts in college in order to make money. After college, he earned a JD from Harvard Law School.

Merck—a large pharmaceutical company—was one of Frazier’s clients during his tenure at Drinker Biddle & Reath, a law firm. Frazier eventually joined Merck’s legal counsel, and after a signature string of victories defending the company in court, was promoted to executive vice president. In 2011, he became CEO.

An offensive guard on Harvard’s football team, Michael Corbat received a degree in economics from Harvard University. Since then, he spent the entirety of his career at Citigroup and its predecessors, managing everything from wealth management to international initiatives. He was named CEO in 2012.

Brian Moynihan’s college years read a little like a rom-com fairy tale: he co-captained the college rugby team, studied history and met his future wife. He went on to get his JD from University of Notre Dame Law School, then joined the banking industry as a deputy general counsel for Fleet Boston.

In 2004, Fleet Boston merged with Bank of America. Moynihan became CEO in 2010, after Ken Lewis stepped down.

Bob Iger studied television and radio at Ithaca College, then started his illustrious TV career as—what else—a weatherman. Shortly after, he joined ABC, and his leadership skills became more and more obvious. He ascended the ranks quickly, and was selected to head up ABC Entertainment in 1989.

Disney’s 1995 ABC acquisition set the stage for Iger’s eventual role as CEO, which came to pass in 2005. Igor is widely credited with saving Disney Animation after tensions had built between Steve Jobs (then the CEO of Pixar) and Michael Eisner (the former Disney CEO). Iger and Jobs went on to ink Disney’s purchase of Pixar.

Compare Thousands of Executives Side by Side 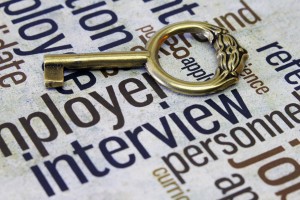 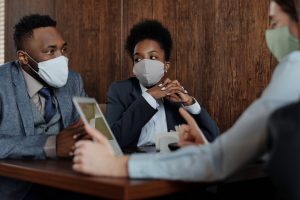 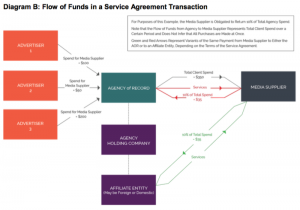 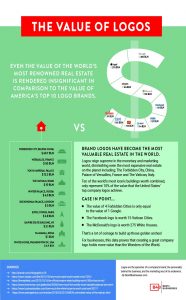 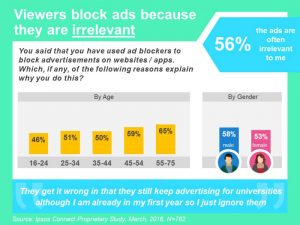 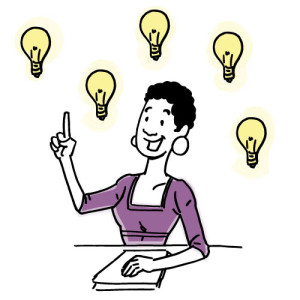 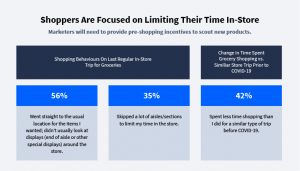