When “Free” Converts (and When It Doesn’t)


If I asked you, “what’s the most persuasive word in the English language,” what would you say?

Many would say “free” – and that may or may not be accurate. It’s one of those CRO ‘best practices’ that is often repeated but rarely discussed in detail.

There are studies that support its power, but there is also plenty of data that supports the idea of ‘free’ being detrimental to optimization.

The Irrational Psychology of ‘Free’

The irrational power of free is well-noted. Behavioral economist Dan Ariely wrote about a study in his book Predictably Irrational in which they gave people the option to choose between two offers. One was a $ 10 Amazon gift certificate for free, the other was a $ 20 gift card available for $ 7. More people chose the $ 10 gift card even though the other option provided more value.

Another study from Predictably Irrational asked people to choose between a 1 cent Hershey Kiss or a 15 cent Lindt truffle (about half its actual value – it’s usually considered a richer, better chocolate). The results:

Next, they reduced the price of each chocolate by a penny; the Lindt truffle was now 14 cents and the Kiss was free. The results:

The verdict: “free” captures our attention in a powerful way. The Lindt item truffle, by all measures, a higher value. But when asked to choose between a free Hershey’s Kiss or a dramatically discounted Lindt truffle, most people took the free item, even though it wasn’t the best deal.

The Power of Free Shipping

Chris Anderson wrote about a similarly mystical case study in his book “Free.” Once Amazon implement their free shipping offer, sales went up in each country except for one – France.

The difference? France charged 20 cents instead of free. 20 cents is basically free, at least in proportion to the item you’re purchasing, yet the 20 cent shipping charge made a drastic difference. Once they changed it to free, sales went up in France as well.

There have been similar case studies around free shipping. For example, VWO published a study where NuFace increased their AOV by 7.32% by adding a free shipping threshold. And we’ve mentioned in the past, free shipping is something that works more often than not in conversion optimization (though it’s an important operations decision, not just a quick A/B test).

Moral of the story: free is in a league of its own. As CityLab put it, “We gravitate towards the free choice, regardless of its intrinsic value.”

In specific, Costco is famous for its free samples. A few fun facts:

But how does it affect the bottom line?

It appears to positively affect business. There have been cases in which sales were boosted by as much as much as 2,000 percent due to free sampling. It’s also been known to change consumer behavior, persuading people to buy things they normally wouldn’t purchase.

Here’s a chart from an Atlantic article that shows the “Average Percentage Increase in Sales After Product Samples in the Past Year, by Product Type”:

While there are differences in categories, it’s most fascinating to me to see the magnitude of the sales increase across the board. Another fascinating visual from the Atlantic shows the “Percentage of Shoppers Who Purchased Items Being Sampled, by Product”:

Here’s how the writer summed up the effect of sampling:

“People come to their stores to some extent because it’s fun, and then a variety of psychological mechanisms kick in, compelling them to buy more products over a longer period of time.”

So, even though the amount of academic literature on free samples is lacking, there is some pretty compelling evidence to say that giving free samples is beneficial to Costco.

Another related case study is the absurdity that is National Donut Day.

A multitude of brands, like Dunkin’ Donuts, participate in what’s known as National Donut Day. It was a holiday started by the Salvation Army in the late 1930s to honor the women who ferried donuts to U.S. soldiers on French battlefields during WWI.

Nowadays, it’s an excuse to wait for hours in long lines to get a decadent baked good. An article on City Lab asked the right question: “Why are we so willing to queue up for free things that are already cheap to begin with?”

Back to Ariely. In his book, he explains that, regardless of the downside, free things emotionally charge us and compel us to act irrationally. Here’s a quote from the book:

“Most transactions have an upside and a downside, but when something is FREE! we forget the downside. FREE! gives us such an emotional charge that we perceive what is being offered as immensely more valuable than it really is.”

Everyone knows what reciprocity is by now. Basically, people, by nature, feel obliged to provide either discounts or concessions to others if they’ve received favors from those others. If I give you something, I get something in return.

By giving free samples, consumers are implicitly indebted to grocery stores. By accepting free donuts, the same trigger is at play. Here’s a quote from Dan Ariely in the Atlantic about reciprocity:

“Reciprocity is a very, very strong instinct. If somebody does something for you, you really feel a rather surprisingly strong obligation to do something back for them.”

When Free Converts: A Case Study

So far, we’ve seen Free work in grocery stores and academic studies. How does about websites?

Copywriters have known about the power of free for a while. A recent Shopify article listed it alongside 3 other words (new, guaranteed, and you) as one of “4 Magic Words That Increase Sales.” Herschell Gordon Lewis put it at the top of his list of power words in On The Art Of Writing Copy. Gregory Ciotti listed it as one of the 5 most persuasive words in the English language.

As such, quite a few people have tested the word Free in their copy. One recent case study was published by VWO. In the study, Corcentric tested their CTA copy, changing it from “Get a Demo” to “Free Demo.” Here’s the original:

The variation with “Free Demo” emerged as a winner with an increase of 99.42% in the click-through rate. VWO has published a bunch of other case studies where the word Free performed well. Here are a few of them:

Though, to be clear, many of the case studies above make no mention of statistical validity, nor do they publish the full conversion numbers. Jeremy Smith also noted with skepticism that, on one of the case studies, there was “noticeably no comment on the statistical validity of the test, the test size, the duration of the model, and the surrounding context of the conversion action.”

Still, there is some modest quantitative, as well as anecdotal, support for the word Free in conversion optimization. But is it the silver bullet that many suggests? (If you’re a regular reader, you know where this is going…)

The word Free does not always convert better. In fact, there are some compelling case studies on the internet that show that it can often perform worse than variations that lack the word free. One example comes from HubSpot, who A/B tested two emails:

They tested both deliverability and click-through-rate and the results were interesting.

This is, of course, just one isolated example completely dependent on context. This is how HubSpot analyzed it:

“Either HubSpot subscribers are especially keen on SEO, or they already know that our content is free, and therefore, the word does not add value. Either way, it’s fascinating to see that “free” — a term that seems to be regarded as an all-powerful, silver bullet in the marketing world — did not win this competition.”

Another example of when free fails comes from a recent talk by Oli Gardner. At CTA Conference 2015, he spoke about the four corners of conversion, and when he talked about CTA copy, he presented some interesting data.

Basically, they took the data across all the landing pages built with Unbounce, and looked at the difference between CTA copy that said “Free” and CTA copy that didn’t say “Free.” The results? Free at 9.24% and No Mention of Free at 10.79% (lift of 16.8%):

Though it’s impossible to say what the reason might be for Free performing worse in each case (each is dependent on its own context), Oli offered a few possible reasons:

“It might be because it seems like you’re trying to hard, or it might be because like, “I don’t think it’s free because I have to give you my email address.” That’s currency. So, I don’t know what it is about that, maybe it devalues it, but try not putting the word free in there.”

Roger Dooley explained in an article that it’s not always economically advantageous to use the word Free. He says that, when you want to encourage sampling from a very specific audience, a modest charge can throttle demand but eliminate most samplers who have no use for the product. Here’s the example he gave:

Roger Dooley
“For example, I don’t own a cat. I don’t even care much for cats. But if the supermarket had a big display of “Free Cat Food Samples” there’s a good chance that I’d pick one up, thinking that I’d give it to a friend. Or maybe hang onto it for when one of the inevitable stray cats shows up. Hey, it’s FREE! – I’ll grab it now, and figure out what to do with it later.

If Ariely’s research is to be believed, pricing the cat food sample at a mere ten cents would almost certainly slash inappropriate sampling by people like me. A few legitimate cat owners might avoid the sample, too, but the overall cost/benefit of the program would likely improve.”

Adding a price (or price ranges for consulting) can also act as a qualifier for leads. Take, for example, our agency page. We add a price tier on our form. Sure, it makes the form longer and increases friction, but the leads we get are higher quality.

Again, the word “Free” does not always convert better, and it’s not always best for your target audience.

Here’s the deal: sometimes the word free works, and sometimes it doesn’t.

There are a lot of psychological underpinnings to the value of the word free, from its irrational sway over our value estimation, to its reciprocity triggering at grocery stores. However, there can also be adverse effects of the word free. Some see it as spammy. Others miss it entirely because it is overused and trite.

As Jeremy Smith put it, “It’s not that I’m upset about the word itself. I am, however, concerned that conversion optimizers are slinging around the word with indiscriminate abandon.”

Either way, if you can take away one thing from the variety of research on the word, it is that, while it works sometimes, it is not a silver bullet. Nothing is. And if you’re feeling lazy, at least test the word “Free” to make sure it’s converting as well as you think it is.

Note: Jeremy Smith wrote an excellent post on the word Free. Read it. 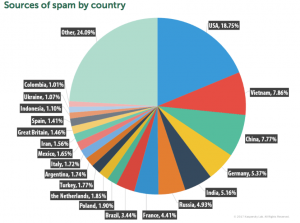 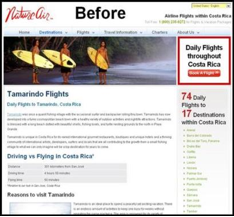 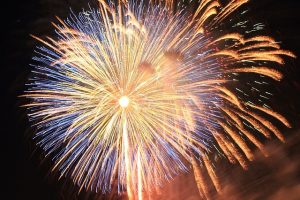 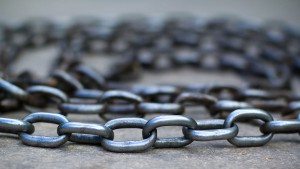