What Leaders Are Not: Flexible Leadership Fundamentals

To say that leadership is important for the success of a company does not mean that a chief executive can single-handedly determine the fate of the company, as suggested by some journalists and leadership gurus.

By now we are so used to seeing corporate leaders described in such terms that we hardly even notice it. But when you stop to think about it, there is something a little askew about that assumption. Any transformation, any turnaround, depends on many people. The future of a large organization does not depend on a single leader, however powerful, clever and visionary.

The Myth of the Heroic Leader

Depicting a senior executive as a heroic individual is a dramatic, romantic notion of leadership, similar to that of other stereotyped heroes in our culture, such as the lone cowboy who single-handedly vanquishes the bad guys or the secret agent who saves the world from nuclear destruction. We saw this perception when the new Target CEO Brian Cornell took the reins in August 2014. He immediately began making sweeping changes, including closing all Target’s Canadian stores and offering free shipping on online orders during the holidays. He made an effort to meet with customers and rejected a large and newly refurbished office for a smaller one closer to the data center. This caused the media to wonder out loud whether he would be the one to re-energize sluggish sales and re-ignite growth.

There is something satisfying about the fairy-tale character of the knight on the white horse who ensures victory for the organization. But like any fairy tale, this heroic conception of leadership does not quite align with reality; it greatly exaggerates the influence of a single leader on organization performance, and it has some negative consequences.

One consequence is over-reliance on the leader to make decisions and solve important problems. No single leader has the necessary knowledge and expertise to solve difficult problems for an organization—it is essential to involve other people with relevant knowledge and diverse perspectives.

And it is by no means clear that today’s employees really want to be led by a figure on a white horse. In today’s world, a model of leadership in which leaders guide the organization through enlisting cooperation and consulting with others, rather than making unilateral decisions, may be more appropriate.

The Myth of the Born Leader

One danger of viewing senior executives as heroic leaders is that it makes leadership sound like it is innate in certain people, rather than anything people simply do. For decades, leadership scholars have been trying to define which traits are associated with effective leadership. But despite hundreds of studies over the past 80 years comparing more and less effective leaders, researchers have failed to identify any specific traits that guarantee leadership success.

To understand the reasons for effective leadership, inherent traits and abilities are much less useful than observable behavior and concrete knowledge. When the focus is on what leaders actually do, it is easier to understand the situational nature of leadership and the importance of flexible leadership. It’s not that personality traits and inherent abilities are irrelevant for understanding why some people want to become leaders or which people are most likely to be successful as leaders, only that traits are less useful than concrete behaviors for understanding what leaders must do to be effective in a given situation.

The Myth of the Celebrity Leader

How powerful is the impact of a celebrity CEO? Several examples over the years would indicate that investors put a great deal of faith in the CEO as savior.

However, in a company with a celebrity leader, a single highly publicized mistake or misdemeanor by a senior executive can have a catastrophic effect on a company’s profits. The case of Martha Stewart, who built a lifestyle empire that includes magazines, cookbooks, television shows, designer sheets, and endorsements of other domestic products, is a perfect example. When it was learned in December 2001 that an insider-trading charge was being brought against her for selling her shares in another company, her own company’s stock plunged by 54 percent and profits declined by 45 percent in the third quarter of the fiscal year.

A more common side effect of the celebrity leader is unrealistic expectations. When a celebrity leader is appointed to a troubled company, expectations (and stock prices) are dramatically raised, only to be deflated if no miracles occur. We’ve seen this with Marissa Mayer, who became Yahoo’s new CEO in 2012 after tremendous success at Google. During her first year at Yahoo, its stock almost doubled from $ 15.74 to $ 28 per share. However, in September 2015 the stock began to drop after many of Ms. Mayer’s decisions did not meet expectations and it was determined Yahoo would have to pay taxes on the sales of its stake in Chinese e-commerce company Alibaba. In recent months, top leaders have begun to question her strategy, employees have lost trust amid recent layoffs and others are even calling for her to be replaced, according to a recent Business Insider article.

The idea that leadership is something provided only by those at the top is dangerous for another reason. In today’s volatile business environment, the need to be responsive to rapidly changing conditions is too urgent to wait until all the information possessed by those at different levels of the organization filters up to the senior executives and penetrates the cocoon in which many such figures live. If people depend entirely on top management to identify emerging problems or threats, or to recognize promising opportunities, it may not be possible to make a timely, successful response.

The Myth of Leaders and Managers

Many scholars and practitioners view leadership as a different and more important process than management. Some contend that the two processes are mutually exclusive and cannot occur in the same person, because the values and personality traits essential for leadership are incompatible with those essential for management. Managers value stability, order and efficiency, whereas leaders value flexibility, innovation and adaptation. Managers are concerned about how things get done, and they try to get people to perform better. Leaders are concerned with what things mean to people, and they try to get people to agree about the most important things to be done.

Other scholars view leading and managing as distinct processes or roles that have some incompatible elements that are difficult to reconcile. Strong leadership can disrupt order and efficiency, and strong management can discourage risk taking and innovation.

A broader perspective is needed to understand how leaders can influence organizational processes and outcomes. To be effective, managers must also be leaders, and leaders must manage. Misconceptions about leading and managing have impeded progress in understanding how to integrate the two types of processes and balance the inherent tradeoffs.

The Myth of Easy Answers

An astounding number of books about leadership take a relatively narrow approach to the subject, and few of them are based on solid research. The best-selling books usually offer simple answers for complex problems, such as “one-minute” actions or a list of “leadership secrets” that can be applied in any situation.

Books written by celebrity leaders (and their ghostwriters) also sell well. Readers probably assume that, “if it worked for a famous leader, it must work for me also.” The popularity of leadership books seems to indicate a widespread belief that a few best practices or secret remedies can easily transform the reader into an effective leader. The appeal is not unlike many products and services that promise to make people attractive, healthy and happy with minimal effort.

The reality is that there are few, if any, easy answers. Leadership is difficult and demanding, and leaders must be flexible because the situation is constantly changing. The number of problems is endless, and they seem to appear out of nowhere like waves crashing on the shore. And like waves, they can drag you under if you do not understand the risks or disregard them. Best practices, improvement programs and other remedies can be useful, but they are only tools, not solutions. To be successful, leaders must understand the challenges they face and the relevance of different ways to meet these challenges.

The model of flexible leadership can be immensely helpful to improve understanding and guide action.

The flexible leadership model is based on three distinct determinants of organizational performance: Efficiency and process reliability; innovation and adaptation; and human resources and relations. Each is important to performance, but when to emphasize one over the other depends on a number of factors. To be successful, leaders must have a strong understanding of these factors and be able to adapt their strategy accordingly. 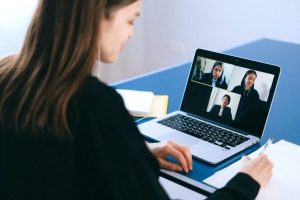 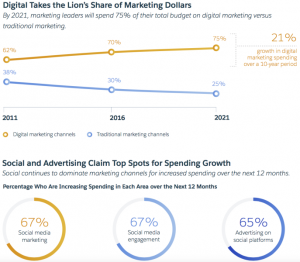 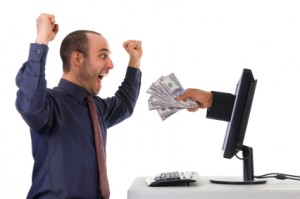 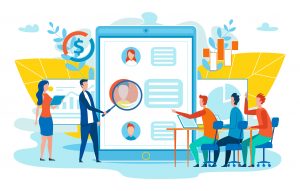