While social media is very much an open book, allowing everyone to get involved, there are still one or two little ‘clubs’ that have sprung up. These are a reason there are platforms that not everyone has access to. Perhaps the biggest and most frustrating one for brands until very recently was the Twitter’s ‘verified’ club.

This club has had until recently a small number of members, many of them celebrities or massive corporations that have a huge reach. These guys were on a different level, at least until now.

That’s because Twitter has recently announced that it will allow any brand to ‘apply’ for verification. It’s an interesting thing. Not everyone understands the verification process and what it can offer a brand. So we’re going to take a look at this, and see whether or not your brand would benefit from being part of the Verified Crowd.

Here’s what Twitter User Services VP Tina Bhatnagar said in a press release about the move:

Before this news, only around 200,000 accounts had this kind of verification, which was shown by a small checked blue box next to the account name.

Who had the verification magic? Well, Kanye West has it, as does Lady Gaga, which should give you some idea of the rationale for having it in the first pace.

Verification came about because Twitter noticed, quite quickly, that people were creating fake accounts for celebrities and then tweeting with them. The impact of this meant that celebrities were being quoted as ‘saying’ something obscene or derogatory and so on. Obviously, this couldn’t continue, so Twitter went down the verification route.

But it became a little more complicated after that. A casual user of Twitter doesn’t have a clue what verification actually means. And this meant that the blue checkmark produced an Internet phenomenon. People actually began to see the verification ‘badge’ as being an indicator of social status, and this was only encouraged when it turned out that lesser known mortals were starting to receive the verification.

Remember that up to now there were only about 200,000 accounts receiving verification. Consider that some of those accounts were held by journalists and media types. That’s right. They got it too. And no one knew why. So the only logical explanation that anyone could come up with was that these people were special, and part of that same exclusive club.

This was compounded by the fact that you could only ever be invited to join the club. Twitter was the entity that decided who got the badge and who didn’t, and it started to talk about why it did what it did only recently, citing the main reason being to stop fake accounts. But it also stated that the verification process favored those who tweeted about popular topics, such as music or religion. It didn’t even matter how many followers you had, for example. Perhaps this explains why journalists received the accolade and some ad companies that tweeted about their products and services.

Whatever the truth of the matter, it is now the case that companies and individuals can apply for the verification mark. That’s everyone. But of course, there is a slight catch, in the fact that there is a fairly stringent application process to get through first.

Here are the guidelines that have been published by the company itself. The content goes through the whole process, and as you can see, it is pretty rigorous stuff.

So is it worth it?

Social media is about weight and authority, it always has been. Having the blue verification mark next to your company account name will mean that you have the authority. As explained earlier, people have kind of seen the verification process as an accepted way of identifying celebrities and influencers, even when, arguably, it never was.

But looking at the key feature here helps. There is one key aspect that helps when you have a verified account. Every time a user carries out a search on Twitter, verified accounts will come up first. This means only one thing. You will have more reach and arguably more engagement (thanks to the perceived authority) than you would without.

Pivotal is one example. You probably don’t really know who they are, but they are verified. And this is perhaps why such an (ostensibly) invisible company sees a regular increase in number of followers every month (4.06% for July 2016 as shown in data from Locowise) that ensures their continuing growth online.

Their tweets are nothing if not appropriate and professional. In other words, they’re not doing anything too different to what every other respectable brand is doing. It’s fairly obvious that the thing they are doing right to get that continuous growth and their increasing engagement is sporting that blue verification check.

But try out that earlier idea, just search for a simple keyword such as ‘fashion’ in the search box and you will see that verified accounts get the first entries. Here’s what we found when we searched for fashion. The first entry that came up (account wise) was Vogue.

There is a real thing here, and it remains to be seen whether or not brands can now leverage the situation. Assuming that Twitter doesn’t pull the rug from under brands and just thicken up the hierarchy so there becomes a ranking system for verified accounts, this could be the moment when brands can gain huge leverage.

Gearing up for @spring1platform next week? Here’s a little quiz to take while you’re getting ready! https://t.co/ONWCbH8SnI

By applying for a verified account now, brands could effectively be among the first ‘mortals’ to get into the club. This could have huge ramifications when it comes to your potential reach on Twitter. So to answer the question in the title of this piece, yes, it is arguably vital that brands get involved now before it becomes a very crowded club indeed.

To get a handle on all of your metrics so you can stay on top of social media for good, try a Locowise trial for free. Try 14 days, even. We know you’ll love it. 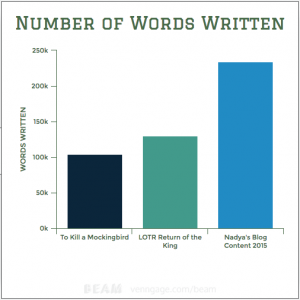 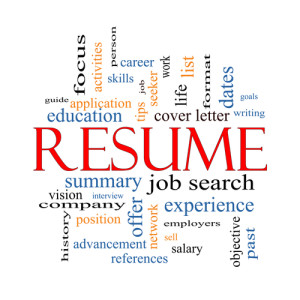 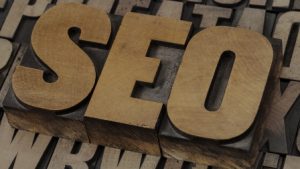 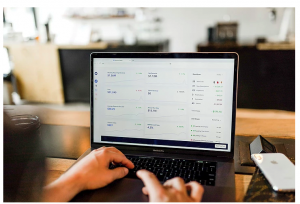