Marketers in US and Europe continue to flock to native and programmatic advertising formats. Native advertising is fast becoming a powerful digital marketing strategy, as traditional display and banner ads become less and less effective. With internet users increasingly ignoring overt sales tactics, average click-through rates (CTRs) for display ads have fallen over time to 0.17 percent, according to Google. In contrast, native ads enjoy much higher CTR and conversion rates, because they offer visitors more than just a hard sell.

A native ad is a piece of content that looks and feels like an editorial article. Advanced algorithms enable advertisers to dynamically position their native ads next to similar or related content on the web. Consumers are more likely to engage with a sponsored article that provides them with relevant new information than with a traditional banner ad, and they are more likely to share it with friends.

Website publishers can customize ad widgets on their site so the ads blend in seamlessly with their regular content. This increases CTR for advertisers — driving as much as purchase intent and brand affinity — and enables publishers to monetize their web traffic more effectively. CTRs for premium native ads can be two to three times higher than for banner, rich media or sponsorship ads, and mobile devices enjoy up to 4x higher CTRs than traditional, non-native display ads, according to the most recent Business Insider reports.

More than half the apps on Facebook’s Audience Network are now using native ads exclusively, and according to BI Intelligence Forecasts, native advertising will account for 74 percent of total display ad revenues by 2021, up from 56 percent in 2016.

The rise of programmatic and RTB

Digital ads are increasingly being sold through programmatic platforms, where algorithms determine the best target sites for ads, depending on a consumer’s interests, location and browsing history. According to Business Insider, programmatic transactions represent a majority (52 percent) of non-search digital ad spend in the US, and the percentage is growing at around 20 percent annually.

Real-time bidding (RTB) — where digital ads are auctioned off in milliseconds before a page loads — is the fastest-growing type of programmatic advertising. RTB spending is growing even faster than programmatic advertising in general, with a five-year compound annual growth rate of 24 percent expected through 2020. By year-end 2020, US-based RTB revenue is expected to surpass $26 billion, up from $8.7 billion in 2015, Business Insider reports.

European RTB adoption lags that in the US but is now growing fast, led by the UK. International Data Corporation predicts European RTB spending will grow from a projected $710.3 million in 2016 to $2.7 billion in 2018.

Demand-side platforms (DSPs) facilitate RTB for buyers, brands and advertisers looking to extend their advertising reach. DSPs automate the ad-buying process by providing access to vast amounts of data from multiple sources, resulting in a more efficient, targeted and economic ad buy. In a matter of milliseconds, a DSP will analyze the data and determine which ad impressions are worth bidding on, based on an advertiser’s targeting requirements.

Supply-side platforms (SSPs), on the other hand, enable publishers to manage their advertising space inventory and fill it with ads that will generate additional revenue. SSPs enable publishers to leverage data they have about users at the ad impression level, providing more targeted information for potential ad buyers. If you build it well, they will engage

The ultimate key to success with native advertising is to deliver engaging content that will provide value to the reader. Unlike straight display advertising that affords a very short window of time to grab attention, native ads offer the potential of longer user engagement.

When done well, native advertising can deliver a targeted, relevant experience that will enhance brand awareness and generate new prospects. When done poorly, however, it can have a negative impact on both the brand advertiser and the platform or publisher delivering the ad.

Adnow is an international native advertising company providing services and tools to both buyers and sellers of ad space. Adnow works with 150,000 partners in 107 countries, displays five billion impressions a month on desktop and mobile and has over 900 million unique visitors each month.

Using RTB, Adnow’s native advertising platform enables advertisers to strategically position their native ad content where their target consumers are most likely to see it. Advertisers create a campaign and select the rate they are willing to pay, and the system searches for the right placement of the ads at the rate indicated. Ads are then selected according to the visitor’s interests and website topic and based on the targeting criteria set by the advertiser. By displaying ads on websites with relevant content, advertisers are able to target an already engaged audience — and because it merges with the website’s content, users are more likely to trust the ad, which therefore increases CTR.

On the flip side, publishers monetize traffic on their websites, blogs and apps by placing fully customizable native ad widgets on their websites. Publishers determine fonts, colors, the size of the ads and the number of ads in a column and row, configuring the widgets to match the interface of their site. The more integrated the ads, the more likely visitors are to click on them, and the more the publishers will earn. Publishers receive weekly payouts starting at $20 paid via PayPal, Wire or Payoneer and can receive their first payouts within a week of opening an account.

Adnow blocks the use of internet bots to fake traffic volumes, ensuring advertisers see only high-quality traffic. This might make traffic volumes look smaller than with other providers, but it leads to much higher click-through and conversion rates: the average CTR for native ads on Adnow is 1.5 percent. It also makes sure that advertisers only pay for genuine leads. Artificially inflated/fake traffic might look good on the surface, but conversion rates will be close to zero.

Advertisers can closely track their campaigns using a unique Macro ID, as well as add specific sites to black or white lists. Adnow’s customer care team is on hand to handle any issues. The cost per click is low, and advertisers enjoy a low minimum deposit threshold, making native ad campaigns accessible to firms with smaller budgets. Users can also set daily budgets to avoid overspending.

Adnow has a growing network of partners and publishers around the world, enabling global coverage. The network is open to non-English sites, and users are given a personal account manager with local language support. If desired, AdNow also gives users recommendations for creating high-converting landing pages and helps firms with their design and advertising strategy.

The set-up process can be quick and hassle-free, as there are no code conflicts with other ad systems — which means publishers can use it in conjunction with other providers if they choose, to maximize their earnings. Ad are pre-moderated and go through a safety checking process, and publishers can track their revenue and performance in real time via the publisher dashboard. A referral program enables publishers to earn extra income when their visitors sign up as Adnow customers.

Sponsored Content: Adnow
Adnow is a platform for 150,000 partners, serving more than 4 billion impressions every month in 107 countries. We are really happy with our company’s results, but we still have a long way to go to reach perfection. So, we continue to work hard to improve our products and algorithms in order to provide highest incomes for both advertisers and publishers. 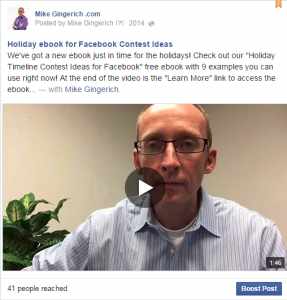 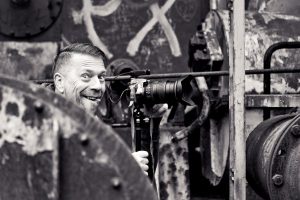 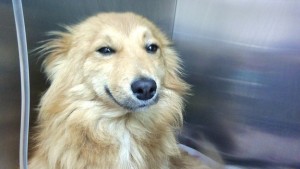 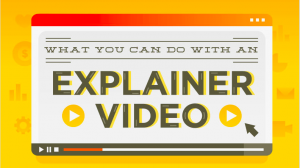 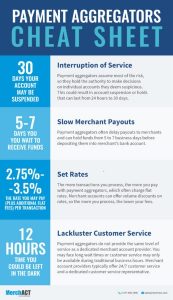