Mission Critical: Is Your Mission Statement Hurting Your Organization?

Just like HAL 9000 from Kubrick’s masterpiece 2001: A Space Odyssey, Kodak—the once undisputed leader in its field—is now singing “Daisy Bell” to an increasingly hostile audience.

Case in point: When Kodak unveiled its first smartphone last January at CES 2015, analysts expected the long-awaited phone to go on sale in late March, likely in the United Kingdom. Instead, Kodak missed the deadline by two months, opted for the Netherlands over the UK, and gave their phone the same name as the Perez-Hilton manufactured boy band that was unleashed on the public shortly after Kodak filed for bankruptcy protection back in 2012.

Not that anyone noticed. Kodak’s big announcement would have been the proverbial one-hand-clapping were it not for intrepid reporting by PhoneArena.com and the Ecumenical News.

And not that anyone cared. The reviews from Kodak’s big reveal back in January were the tech-community equivalent of, “Aww, Kodak! Let’s just scotch tape that to the refrigerator door so everyone can see it.” TechRadar.com labeled it nothing special. And the Verge warned: “This is the first Kodak phone, and it’s probably not for you.”

We know this mighty has fallen. The question is how? The smart money’s on their mission statement.

Before Kodak started Chapter 11 of their tragic history, their mission statement was a 110-word board-room war cry that spoke of “a world-class, results-oriented, diverse culture based on our six key values” that offered their “customers and consumers differentiated, cost-effective solutions” in pursuit of their “fundamental objective … Increased Global Market Share and Superior Financial Performance.” [Caps theirs.]

By contrast, Instagram—which became the new first-name in photography when Facebook acquired the company for $ 1 billion in cash and stock just two months after Kodak signed their articles of surrender—doesn’t have a mission statement. It has a quest: “To give all users a view of the world as it happens.” And it seems to be working for them. RBC Capital recently reported that Instagram could generate more than $ 2 billion in ad revenue next year.

The jarring contrast between Kodak’s mission and Instagram’s quest is a cautionary tale for those organizations still clutching to the “What’s good for GM” mentality of the 20th century.

To be successful in the Interactive Age, you need to have a connection with your audience or your customers (or your “customers and consumers” if you’re not into that whole brevity thing) well before you try to sell them your product or service. Simon Sineck demonstrates this quite beautifully in his TED Talk.

And the most meaningful connections begin with a shared quest. Unlike a mission—which is a directive from an external source that’s nailed to the break room wall right above the coffee maker—a quest is driven by a passion that comes from within to achieve a purpose that you hold dear. By publicly declaring your quest, you will find and attract entire online communities who share your goals, and your passion. And who will rally with you in pursuit of your shared quest.

And that’s when your successful journey really begins. 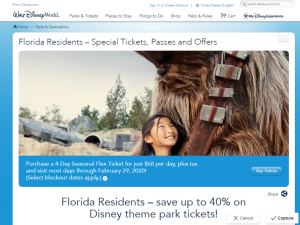 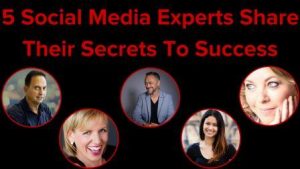