Earlier this month, a fan of The Muppets’ Miss Piggy chatted with her via Facebook:

“Can you get me a job at the network?”

She immediately replied: “Send your resume to the network.”

The famed Muppet then added: “Do you know the hardest part of doing ‘Up Late with Miss Piggy?’” That’s the fictional late night TV show she hosts in the TV series “The Muppets.”

“You make it look so easy,” the fan wrote.

The conversation, powered by an intelligent chat-bot engine developed by Israeli company Imperson, points the way to marketing campaigns where fictional characters are active participants.

About 6,000 responses were created for Miss Piggy, according to cofounder and CTO Eyal Pfeifel. The company, founded in 2014, has participated in the Disney Accelerator program in Los Angeles, and the studio — which helped write and then vetted all the in-character remarks — is also an investor in the company.

The chat-bot engine parses each incoming remark and determines the most appropriate pre-written response to send. Some variable information is particular to the conversation, such as the name of the conversational partner. Once a message is sent from a fan, the character becomes a Facebook contact, and the fan can re-enter the conversation through either the page or the Facebook Messenger app.

The conversations are all text-only, although Pfeifel told me his company’s engine can support a voice-based conversation — but “we haven’t had the [right] project.”

While Imperson doesn’t yet have hard stats about results, Pfeifel points to the active engagement of thousands of fans — sometimes lasting up to 20 minutes — in The Muppets’ universe. He added that Facebook shares and comments are also boosted following a chat session.

Chat bots make their living these days in such occupations as online customer service. Apple’s Siri and other intelligent software assistants are kinds of super-intelligent chat bots. Applicaster, another Israeli company that specializes in interactive TV apps, has undertaken projects that allow viewers to have automated, multi-media message exchanges on mobile devices with TV characters.

Pfeifel said that Imperson is the first to offer extensive conversations on Facebook at this scale, with thousands of participants. He noted that Facebook M, the social giant’s still-in-beta text-based virtual assistant, offers some automated responses and that chat bots have been used on other messaging platforms, like Kik and Line. This is the third fictional character conversation that Imperson has presented. In the summer, it premiered its technology in similar Facebook conversations with Laura Barns, a character in Universal Studio’s teen thriller, “Unfriended.”

In that film, high school student Barns commits suicide after an embarrassing video of her is posted online. Post-dead, she then “haunts” her alleged friends via social media, so an automated Facebook chat campaign is appropriately creepy.

And, starting last October 21 — the day that “Doc” Brown and Marty McFly in the movie trilogy “Back to the Future” traveled to the future — fans had 10 days to chat with the just-landed scientist as he frantically tried to understand what this new world was like.

“Has self lacing shoe technology been achieved?” he asked one fan.

The reply: “No, not yet. Unfortunately.”

The professor, exasperated: “Mankind can walk on the moon but we still have to lace our own shoes first?!” 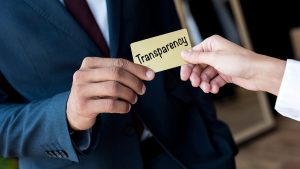 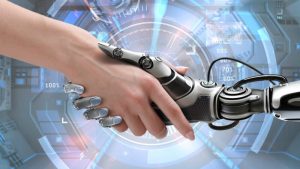 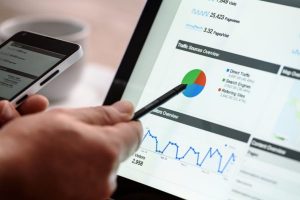 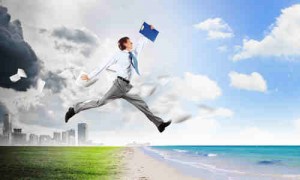