Later this week, we’ll be publishing a post that compiles and analyzes the most relevant metrics with regards to the power of video. In light of this endeavor, we were particularly struck by an Adweek article last week titled “Here are 13 Hot Digital Marketing Stats from the Past Week.”

The content presented here spans several industries, but the underlying principles are as illuminating as the numbers are staggering. So let’s take a closer look at the stats listed in AdWeek’s piece–as well as distill them for the sake of readability–and then, one by one, dig deeper into these statistics so we can explore how these numbers can help your business.

It’s really as simple as that. After years of wondering if people really watch videos (and advertisements) online, the changes in technology and social interaction have brought us to a place where this is no longer a question. Print and television advertisement certainly still have a large degree of influence, but the power of online videos can no longer be ignored.

2. Hackers have obtained data for up to 40 million users of the dating platform AshleyMadison.com (according to Krebs on Security)

No matter what industry you’re in, data breaches are always a threat. Don’t forget to protect your content and your network (…and while we’re on the subject of don’t-forgets, make sure to regularly back everything up!)

3. New research from Adobe indicates that Facebook traffic referrals generate an average of 91 cents for each user sent to an e-commerce site.

Surprisingly, that figure represents a 17 percent decline from last year. Pinterest’s referral value, however, dropped the most—25 percent in a year—to the point that the average user is worth 51 cents to the retailer. Meanwhile, Twitter’s referral value was pegged at 65 cents per user (up 63%)

1. The Power of Facebook: even in our current landscape of rapidly growing social media entities, Facebook stands tall at the top of the totem poll.

2. Beware Fluctuations: Between Facebook, Pinterest and Twitter, the fluctuations recorded (between last year and today) were -17%, -25% and +63% respectively. Regardless of the positive of negative indicators, it’s worth noting that those are very high percentages of fluctuation. All of which is a long way of saying that you should avoid putting your eggs in any single basket (as the size of that basket might grow or shrink a lot).

Marketing is key to any business. And mega-hype is the grail that every company is searching for. But in the face of this ongoing quest for attention, it’s important that companies never forget they need to deliver on that promise. Not only will a failed promise wound you in the short-term, but decreased credibility can haunt you for many years to come.

5. If you are a driver for UberX, Lyft or both—which is often the case—New York is the place to be. Gotham’s ride-sharing drivers make close to $ 30 an hour, according to research from SherpaShare, a company that drivers use to track their earnings. SherpaShare’s research found that the national average for January through May was $ 12.62 an hour.

No matter where we live, so often we forget that our partners, customers and even our competitors may live in other places; each with their own unique set of economic factors. So while the focal point of this stat is centered on drivers, that gigantic disparity in wage serves as an important reminder about regional differences and the varying costs of doing business.

6. As per Google’s corporate earnings report, YouTube’s top advertisers increased their spending by 60 percent in the second quarter.

Remember Stat #1? About how people really do watch videos online? So it shouldn’t come as a big surprise to hear that big brand companies are spending more advertising dollars on YouTube. But 60%? Wow, that’s an impressive commitment.

7. Condé Nast U.K., in its first year of programmatic ad sales, discovered that 60 percent of its top 50 advertisers that buy through its automated platforms were entirely new customers (via The Boston Consulting Group)

Almost as an extension to the stat listed before, we now see that not only are the usual suspects making an even bigger commitment to video marketing, but—as per Conde Nast UK—new outfits are awakening to the power of this medium. Couple that information with a general “fear of missing out” and look for numbers like to continually increase in the next few years. 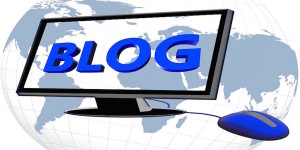 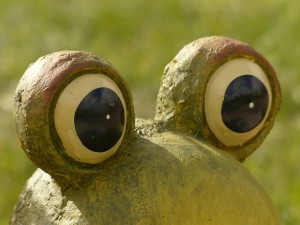