Influential Social Media Trends and Platform Updates to Test in 2016

The year is off to a quick start, and the industry has already seen many noteworthy developments within the social media and social commerce channels. Given the social landscape is constantly evolving, it’s important for all brands to identify trends, strategize on which of those trends they can capitalize and ultimately prove out ROI and increase brand awareness.

To help retailers do this, here are a few trends I think will continue to gain steam and have impact on how Bigcommerce approaches telling our story on social platforms this year. Here’s to hoping this inspires you or your social media manager to strategize on how they can best tell your brand story on Facebook, Twitter, Pinterest and beyond.

Keep in mind, you should experiment with some of these social media trends, some you shouldn’t. Individual tactics should always depend on what makes sense for your goals, target audience and content. This is a best practice for all brands on social media; just because something is a trend doesn’t mean it is the right opportunity for your brand voice. However, trends can spark new ideas or thinking concerning how to use social channels to increase content distribution and social growth.

The Year of Native Video

According to Mark Zuckerberg, 50% of Facebook users watch at least one video natively on the platform every day. To maximize views, brands are increasingly producing high-quality content that encourage user engagement and even direct purchases. Consider Kate Spade’s shoppable #MissAdventure videos that each have garnered more than 2 million views. They are effective because the high-production value makes the videos memorable and they offer viewers the option to “shop the video” (buy products that appear in the video) at the end. Here’s what’s new:

Jack Dorsey rejoined as Twitter’s CEO last fall in an effort to breathe new life into the company’s flagging user growth numbers and stock price. Their monthly active user base has stalled out at 320 million — an 11% YoY increase, but far from Facebook’s 1.55 billion. Since then, there have been several updates to Twitter’s family of apps to try to encourage use, including:

I’m a big fan of Twitter so I’m truly looking forward to seeing the platform grow exponentially again in 2016. As a user, I am, however, worried new character counts or even a chronological timeline will make Twitter lose some of its personality. Twitter is a good company to watch if you’re looking to pivot your own brand strategy later this year.

Last but not Least: Social Commerce

I don’t need to convince this audience that buy buttons in social media channels are an important trend and opportunity to further drive brands’ omnichannel efforts — what many are now calling “contextual commerce” or “unified commerce.”

I’ll give you some statistics anyway. According to GlobalWebIndex, 37% of users follow their favorite brands on social media, 30% use social media to research products and 10% say a buy button on a social network would make them more likely to purchase a product.

How does that add up in reality? This holiday season, social sales accounted for just 1.8% of total online sales, and a 1.9% number from 2014 suggests the trend isn’t catching on. However, Twitter, Instagram and Facebook shopping functionalities are still in their infancies, and the consumer awareness for these capabilities just aren’t there yet. Pinterest has about 60 million Buyable Pins live — still small compared to Amazon’s hundreds of millions of products. Although adoption is low at this point, experts say social commerce could fix the “conversion gap” between mobile browsing and purchase.

Kirsten Knipp gives the window-shopping analogy in her Gartner blog, concluding social media “is a different discovery vehicle than Amazon. It’s about serendipity.” That is to say, while the ROI of social is not proven, it could very well attract new buyers and encourage more impulse purchases than the everyday purchases on Amazon.

What social media trends is your brand thinking of taking on this year? Let us know in the comments below. 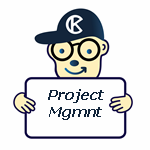 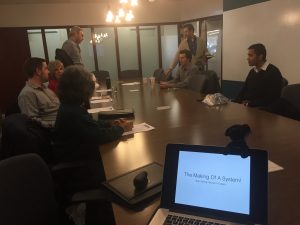 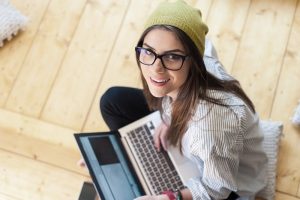 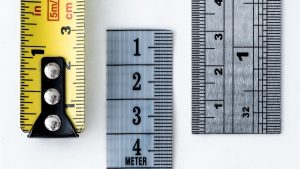 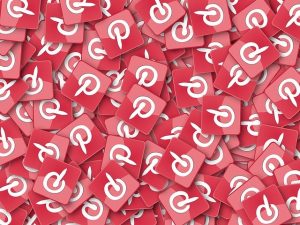 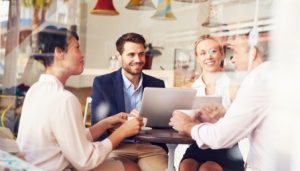