Hone Your Influencing Skills: 29 Ways to Get What You Want From Others


As marketers, we are used to trying to influence people to make a purchase, but what about when you want to influence someone to do you a favor or agree with your opinion? Influencer marketing can be powerful – and there are many subtle tactics you can use to sway non-believers to your point of view.

How strong are your influencing skills? Next time you are struggling to get your opinion heard, use one of these 29 tips to sway others to your way of thinking. It may not be magic, but it’s pretty close.

1. Make It Their Idea

People are much more inclined to push for their own idea rather than someone else’s. Let’s say you’re a restaurant looking to increase your online orders. Maybe you want to build a mobile friendly version of your website, but aren’t sure if your coworker (or whoever is making the call) will agree. Your conversation could go a bit like this:

Coworker: We really need to increase online orders this quarter.
You: I’ve read that more people these days are placing orders on mobile devices. It’s too bad we don’t have a mobile-friendly site.
Coworker: Maybe we should build a mobile-friendly version of our site?
You: Really? Do you think so? Yeah, that might work!
Coworker: Let’s move forward with this.

The downside here is that you don’t get credit for the idea, but if you’re responsible for the bottom line (in this case, increasing online orders) or have a bigger end goal in mind, using tactics like these helps get others on board.

It may seem counter-intuitive, but asking someone for favors will actually make them more likely to help you out in the future. Studies have shown that scientists who asked for a personal favor from subjects were rated more highly in subject evaluations than those that didn’t ask for favors. Why? Your brain figures if you were willing to go out of your way for a person, they must be someone you like!

3. Shoot For The Moon, Land On The Stars

Another strategy for getting what you want? Ask for too much. Individuals will feel bad for turning down your first request, making them more likely to say yes to your second request (which is what you really wanted in the first place).

You’re your own worst enemy. Jerk. So often we talk ourselves out of opportunities, thinking we don’t have the skills, experience, smarts, or talent to do something. The truth is you’ll never know if you don’t try.

In How to Win Friends and Influence People, Dale Carnegie notes that people crave sincere appreciation – not empty flattery. Most of us have pretty good BS meters, and while flattery is enjoyable, the real way to win a person over is through sincere appreciation. Find what you like about someone and tell them.

Rock beats paper. Questions beat orders. People are more inclined to be agreeable and follow your lead when you offer questions over orders. For example, “Could you get this done by this afternoon?” vs. “Get this done by this afternoon.” You’ll get the same results, but orders leave others feeling resentful, while questions encourage others to prove themselves to you.

7. Lay On The Praise Thick

If you want to get someone on your side, don’t be stingy with your praise. Humans eat up praise like a turkey dinner. Praise makes others feel good about themselves, making them in turn feel good about you, the praise dispenser. Just make sure the praise is genuine.

The quickest way to another’s puppet strings is to find common ground. You both love playing Madden? You both watch Game of Thrones (AND read the books?) You both spend your weekends scouring beaches with metal detectors? Find a common interest or connection with those you want to influence, and milk it for all it’s worth. If you really want to be clever, do some Facebook stalking to learn more about the individual you want to win over (which makes those coincidental common interests much more likely to come up in conversation).

Set the bar high for an individual, and they will strive to meet it. Set certain expectations, and they’ll follow them. An office example might be telling Fred (and others on your team) that Fred is going to create an awesome company newsletter – you just know it’s going to look incredible because Fred is so good with that stuff. You can bet that Fred will try hardest to make that newsletter look ridiculously amazing to match the praise he’s received.

10. Show Genuine Interest in Others

If you want a team of devoted followers, it’s essential that you show interest in those around you. Was a coworker’s kid sick (April 09, 2015)? Ask how little Timmy is feeling the today. Did someone in your office get a new puppy? Ask how the training is going.

11. Use Names in Conversations

As Dale Carnegie notes, one’s own name is the sweetest sound in any language. What’s in a name? A lot, in fact. Our names are part of our identity, and using someone’s name in conversation makes them feel validated. Use an individual’s name when in dialogue with them and they’ll be sure to like you more.

In many ways, life is a self-fulfilling prophecy. Imagine yourself as the person you wish to be. In other words, fake it ‘till you make it. If you want to be influential, begin by thinking of yourself that way.

When it comes to getting what you want from others, listening is everything. People need to feel like they’re being heard.

Cut out the “umm”, “well”, and “like” words, which inadvertently make you sound less confident.

15. Expect the Best Out of People

This strategy is similar to setting high expectations for others, but is much more subtle. In an episode of This American Life, researchers conduct a study on how expectations affect others. In the study, they give subjects a task to complete with rats. Half of the subjects are told they are being given smart rats, while the other half are told they are being given stupid rats. In reality, the rats are all the same, so you would expect them all to perform the same, right?

Nope. The “smart” rats performed considerably better than the “dumb” rats. It turns out that the subjects were handling the rats differently as a result of their expectations (the smarter rats were held more gently, resulting in better performance). You may be completely unaware of how your inner thoughts and expectations affect those around you, but they certainly do. Expect what you want of others, and you may find your beliefs confirmed.

Birds of a feather stick together, but you can don a disguise if your plumage is off. Studies have shown that individuals act more favorably towards those who mimic them (not in the “Mom, Joe keeps copying me, make him stop!” way). Of course your mimicry can’t be ridiculously obvious – that could get very awkward very fast. However, subtle things like mannerisms, posture, and speech patterns can easily be copied and reflected. We tend to like our own ilk, and mimicking others shows you’re one of them.

Marketers often use scarcity to push products, but the concept can be used for opportunities as well. If you want to push someone towards a decision, try lines like “we won’t get a chance like this again,” or “this is really a once-in-a-lifetime opportunity.”

Studies have shown smiling can make those around you feel happier, and can make you happier too!

19. Throw Down a Challenge

This is another gem from Dale Carnegie’s How to Win Friends and Influence People. Carnegie noted that turning an objective into a challenge is often a great way to get people motivated. A little friendly competition can go a long way!

Too much drama is a living nightmare, but the right dash of dramatics can do wonders. Drama can personalize facts. If you need to make a point and convince someone to get behind you, don’t be afraid to throw in some flair. This can mean upping the ante with charts and graphs, or even simply speaking with more emotion and stronger gestures.

21. Toss Out the Criticism

People don’t like being criticized or corrected. If you really want to get someone on your side, you’ll want to avoid criticism as much as possible. Of course sometimes correction is unavoidable, in which case the method of correction matters immensely. Seek to understand why someone is making an error, and then begin with a compliment or common ground. You might say, “I use to have a ton of trouble with Excel, and I see you’re making the same error I use to make a lot.” Be extremely tactful with your criticism!

When you make a mistake, admit it quickly and clearly. Apologize for wrongdoings. Holding yourself accountable for errors shows that you’re a considerate, trustworthy person.

Big conversations deserve to be dealt with face to face, or at least via phone. Taking the time to meet with someone in person shows respect and also lets you read the person better and get a sense for how they’re feeling.

Begin by asking questions you already know the answer will be “yes” to before building up to your true request – you’ll be more likely to get the “yes” you really want.

Different colors inspire different emotional responses, so it’s worth taking a minute to think about your outfit before asking a favor. Blue can make you appear trustworthy and secure, whereas red makes you come off powerful, and energetic, but possibly dangerous.

Want to come off powerful? Posture is everything. Studies have shown that leaning back and spreading yourself out makes you feel powerful (and appear so to others).

Similar to mirroring, parroting is when you paraphrase what someone has said to you back at them. An example conversation might be:

Also known as reflective listening, this practice makes the other individual feel that you are listening and engaging with them.

Studies have shown that people who physically nod while listening to an idea are more likely to be in agreement with it. Our physical body can often influence our cognitive thoughts (just as smiling can make you feel happier). The big advantage here? When someone sees you nodding in conversation, they will feel encouraged to follow suit. They’ll suddenly find themselves nodding, and therefore more inclined to go with your idea when you present it.

If you ask a tired person for a favor, they’ll be too tired to argue and will quickly agree. They’ll put off whatever you asked them to do until the following day, and then they’ll feel obligated to keep their word.

That’s my playbook on how to develop your influencing skills. Do you have any tips to add? Share your secrets in the comments! 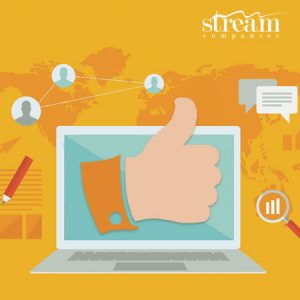 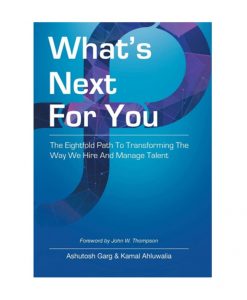 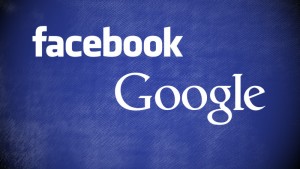 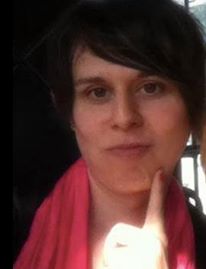 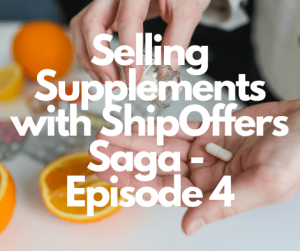 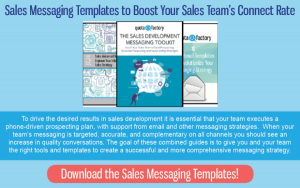 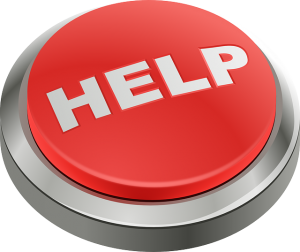 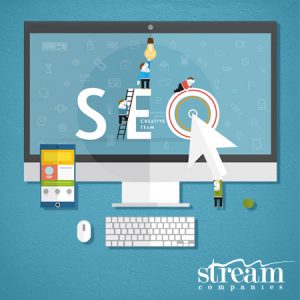 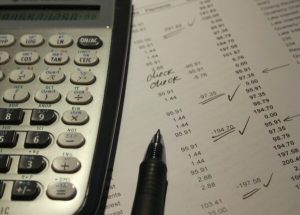