Getting A Grip On The Mobile Engagement Gap

Columnist Brent Hieggelke delves into data that shows there’s a growing mobile engagement gap between high- and medium-performing apps and explains what you can do to boost your app’s performance. Marketing is at the helm or in the hot seat, depending on your level of readiness. Marketing executives are three times more likely to lead strategic growth initiatives in 2016 than they were in 2012, according to Gartner.

Corporate strategies increasingly focus on customer experience as the last and best bastion of differentiation, and mobile is the only screen that can deliver that wherever customers may be. However, mobile is not a channel, and it requires a fundamentally different approach from anything marketers have ever known.

“Mobile eliminates the notion of channels by blurring the distinction between the physical and digital worlds. E-business professionals who treat mobile as just a channel will fail,” Forrester analyst Julie Ask says in a report. “Rather than leveraging mobile to do new things, they are still using mobile as a scaled-down version of the Web.” (Get Forrester’s full report here.)

Mobile is the front door, side door, back door and garage bay to your business. It’s more often than not consumers’ first experience with your brand, with apps taking over to drive streamlined and frequent interactions with your most loyal customers — your 80-20. Plus, the APPeal is spreading to employees, suppliers and partners, too, with growth in B2B and B2E segments.

The best apps deliver utility and value-laden experiences that bind people to brands in ways never possible before. Companies can gain entirely new levels of immediacy and contextual understanding to reach people at their moment of need. The sheer simplicity and reimagined innovation that apps deliver are redefining decades-old industries and creating new ones.

In past columns, we’ve shared the incredible marketing results that push notifications can generate relative to other marketing channels, as well as market drivers that are making these quick and contextual cues the new standard in gaining and sustaining customers’ attention. In this column, I’ll highlight the enormous engagement gap between high- and medium-performing apps, and I’ll discuss how marketers can take action to bring their apps to high performance.

While notifications are not a strategy, they are the first and best indicator of whether mobile app initiatives will be successful. Time and time again, we’ve found that app users who opt in to notifications are four times more engaged and are retained at double the rate of those who opt out.

However, our new benchmark data shows that there’s a massive and growing mobile engagement gap. Across all industries, leading mobile innovators are leaving the competition behind when it comes to growing and engaging a directly addressable audience of their own.

Our data scientists and strategic consultants at Urban Airship (my employer) partnered to report on key year-over-year mobile engagement trends using the industry’s largest dataset of nearly 3,000 apps and 100 billion notifications sent to more than 500 million users through all of 2014.

They zeroed in on notification opt-in rates, then analyzed notification engagement rates. High, medium and low values were calculated using the performance of apps in the 90th, 50th and 10th percentiles, resulting in actionable benchmarks for 15 industries.

To see how you stack up to your peers, you can get the complete reports, and all forthcoming ones in the series, by registering once. Following are some of the key year-over-year findings from our first two benchmark reports.

While marketing luminaries question when the novelty of notifications will wear off and fatigue will set in — falling victim to the “Law of S**tty Clickthroughs” as all apps turn to notifications — there’s more and more evidence that they are asking the wrong question. Instead, the best question is, “How can I close the gap to become a high performer?”

The truth is, even medium-performing apps are seeing opt-in rates that make other marketing channels pale in comparison. There’s not another business-to-consumer communications channel that gets 43% of people opting in on average. Consider how many people visit websites and how many sign up for email communications: Industry estimates peg it at 2%.

Marketers must resist being lulled into complacency, as mobile is only becoming more competitive. When it comes to actual engagement rates with notifications, the gap between high- and medium-performing apps is actually bigger than what separates low performers from the middle of the pack. Being average just isn’t going to cut it if you want to gain advantage in mobile.

Apps that focus on push notifications as a strategic bond with their customers, leveraging best practices and sophisticated targeting capabilities, are leaving their competition behind. From general message optimization through A/B testing, to automation rules that can trigger responsive messaging experiences based on specific behaviors and events, these apps are reaping the rewards of a more engaged audience.

Even a single targeting element can boost message response by four to seven times, as we’ve shown in previous studies, so there’s not a huge bar to start closing the mobile engagement gap.

It’s also important to remember that not all notifications are meant to drive people immediately back into the app. Many are focused on serving up relevant and contextual information that can be consumed at a glance, providing immediate utility and a steady reminder of the value of the app.

For use cases like this, marketers can take advantage of new interactive notification buttons, like a thumbs up/thumbs down to gain feedback, and they can fine-tune messaging strategies where the goal isn’t necessarily an app open.

In my next column, I’ll share practical advice from our strategy consulting team on top tips marketers can largely do on their own — without development resources — to improve mobile engagement and bridge the gap. 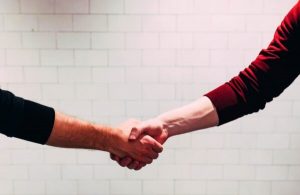 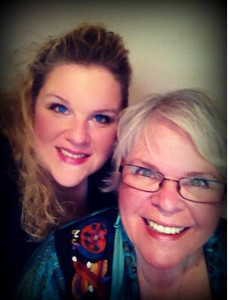 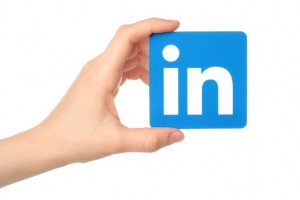 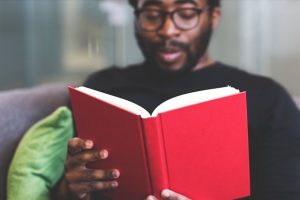 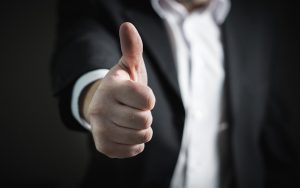