E-commerce: Amazon vs. Walmart and the Rest of the Online Retailers

Modern consumers are hooked on the convenience of online shopping and home delivery. E-commerce has rapidly grown from a novel concept to an unstoppable consumer juggernaut, and the trend appears firmly fixed for the future – online sellers continue luring customers away from conventional brick and mortar stores.

E-commerce is now such a powerful economic force; it’s easy to forget that selling online is still a relatively recent development in the history of retail trade.

Like other periods of rapid change, the rise of e-commerce has been wrought with challenges. Among them, facilitating diverse, fair trade in an environment increasingly dominated by one or two major players.

As shoppers continue embracing online vendors, the race to capture sales on the web has led to missteps. At times during its evolution, e-commerce has frustrated shoppers, and even put consumer data at risk.

Fortunately, user experience has improved dramatically for web customers, and effective product packaging along with distribution e-commerce solutions have developed alongside consumer demand.

Although online sellers have sometimes failed to provide high levels of service and security, the maturing online marketplace now provides efficient packaging and distribution for purchases, as well as clickable access to consumer goods in nearly every category.

With so many of the growing pains behind us, and exciting possibilities ahead, what more could we ask from modern e-commerce solutions?

For many users and observers, the answer is an online marketplace that highlights a more significant number of vendors and delivers brand diversity.

Sales growth and shifting shopping habits both illustrate where e-commerce is headed. Global e-commerce was valued at more than $ 2 trillion in 2017, and the figure is projected to rise well above $ 4 trillion by 2021.

In the US, at least 10% of retail sales are attributed to online vendors, and the share grows annually. It is thought one in ten consumers shops online from their smartphone at least once a week.

As a growing number of consumers rally behind the mobile shopping trend, making purchases with smartphones could become a primary means of shopping for a significant share of the population. The connection between social media use and online shopping habits reinforces the possibility because many users already find some of their shopping inspiration on Pinterest and other social sites.

Recognizing the importance of the mobile shopping experience, some online sellers are already shifting their development focus from their websites to engineering seamless mobile commerce platforms.

Retail competition is nothing new. Brick and mortar sellers have long fought to get consumers’ attention. Following a time-tested model, retailers traditionally use customer service, creative marketing, and innovative product packaging to make an impression on shoppers.

The retailers that outsell their competitors prevail and grow stronger, while stores that can’t lure and retain enough customers fall by the wayside. With the help of trade oversight, entrepreneurs have equal access to retail markets, so each would-be seller operates on the same level. The booming digital marketplace departs from many of these traditions.

Although e-commerce is built upon many of the same retail principles guiding in-person sales, the two landscapes are very different. Rather than a balanced retail ecosystem, the rapid rise of online transactions and competition for unlimited global web markets has spawned an e-commerce marketplace dominated mainly by Amazon and Walmart.

Amazon & Walmart Leave Behind Other Retailers

The rising prices of Amazon and Walmart stocks don’t tell the whole story. However, Wall Street appears convinced the two dominant online sellers to have the highest potential for weathering the retail storm and remaining pacesetters in the competitive digital retail race.

Always a digital frontrunner, Amazon has shored-up its physical presence with retail brick and mortar ventures like Amazon Books, as well as the company’s purchase of Whole Foods.

Walmart, on the other hand, has boosted its online potential by acquiring specialty retailers and buying Jet.com. These moves further strengthen the companies’ e-commerce strength.

The competition typically stabilizes prices and contributes value and diversity consumers crave. Current e-commerce trends stack-up well when measured against some of these free-market expectations, yet e-commerce underperforms when other factors are considered.

It’s already apparent high-profile brick and mortar retailers are losing the battle against convenient e-commerce alternatives, but Amazon may also be quashing competition online. In addition to its impact on Main Street, the Amazon effect could eliminate specialized digital sellers without the marketing resources to trade blows with the e-commerce giant.

Amazon closed the vast majority of online sales in 2015, far ahead of its stiffest digital challengers Walmart, Costco, and Target. Then the company captured half of the online sales growth the following year, in 2016.

Continuing on the same trajectory, it’s hard to imagine a scenario in which any of its closest sales rivals could ever catch up with Amazon. However, there are still spirited competitors eager to take a bite out of Amazon’s market share stronghold.

Before declaring absolute winners and losers, it’s important to remember Amazon and e-commerce are relatively new features on the retail landscape. Amazon has found success by transforming the retail playing field, and the company’s focus on technology sets it apart from other sellers.

Despite Amazon’s dominance, there are still opportunities online for e-commerce visionaries. Each competitive victory helps restore the balance and diversity that makes the World Wide Web a vibrant retail venue.

Dario Zadro is a web technology strategist with over 20 years of professional experience and the owner of Zadro Web, a Chicago based web design and development company. Passions include investing, health & fitness, mindfulness, and being a father.… View full profile › 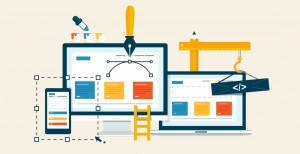 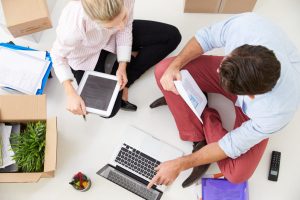 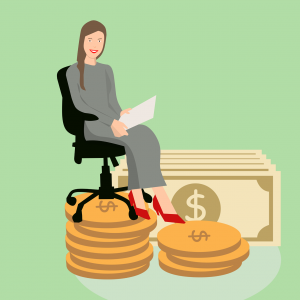 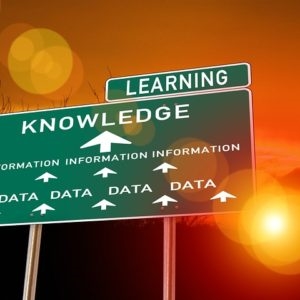 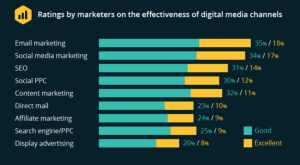