Disclosure, Transparency and Trust – A Story about Instagram and Influence

Whether you’ve been following the James Charles – Tati Westbrook influencer drama like a reality show or have no idea who these people are, you should care about what’s going on here.

The short version: Tati Westbrook has a vitamin line. Her “close friend” and mentee James Charles promoted a rival vitamin brand on his social channels. War ensued. Videos emerged. Feelings were hurt and apologies were made.

That’s the drama. Now, let’s discuss the part that really matters for consumer brands – the long version: After Coachella, Charles promoted the rival vitamin brand, SugarBearHair, in his Instagram story. Allegedly, he was in an unsafe situation at the event and reached out to another influencer to ask if her contact at SugarBear could get him exclusive passes – exclusive meaning less crowded and therefore safer. In exchange for the passes he promised to post about the vitamins in his Instagram stories.

Why does any of this matter? Disclosure.

Charles shared stories after the festival as sponsored posts, and, disclosing that they were sponsored by SugarBearHair was the right move. But in this case the sponsorship was far too complicated to be considered a standard transaction. With a normal contract, the brand gives a specific amount of money for a specific amount of posts. However, this was an exchange of goods for endorsements. And the exchange of goods wasn’t even the actual product – it was something completely unrelated.

Proper disclosure for paid sponsorships is required by the Federal Trade Commission (FTC). However, influencer marketing and sponsorship on social media is still a fairly new concept. It’s been a lot of trial and error to date on how to properly do it – and the government agency overseeing it has not been specific or consistent. The guidelines are still vague, and that makes disclosure difficult.

The result from this whole ordeal is more than two friends embroiled in online drama. It’s about trust and transparency. By not being transparent about his relationship with the brand, Charles has damaged his trust and credibility with his audience. Further, it could damage consumer trust for other brands he works with – not just SugarBear.

Poised to reach between $ 5 billion to $ 10 billion by 2022, influencer marketing has huge potential for brands. But only when it’s done right. Brands need to give influencers specific guidelines on how to properly disclose the relationship to ensure transparency. Likewise, influencers need to be transparent with their audiences about paid relationships with brands. While this much disclosure has been criticized as ruining authenticity, I’d argue that it will increase trust among audiences for both influencers and brands. And trust is important. Let this drama-filled feud be a testament to that. 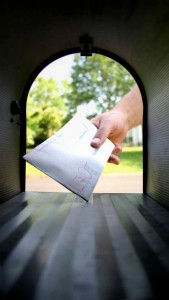 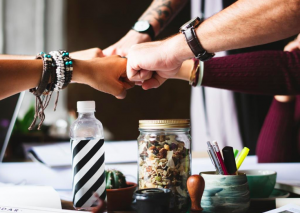 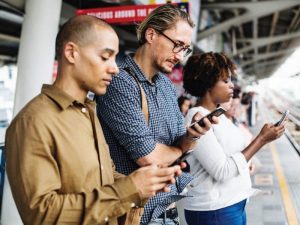