Brands can make Hollywood-level entertainment. This guy proved it 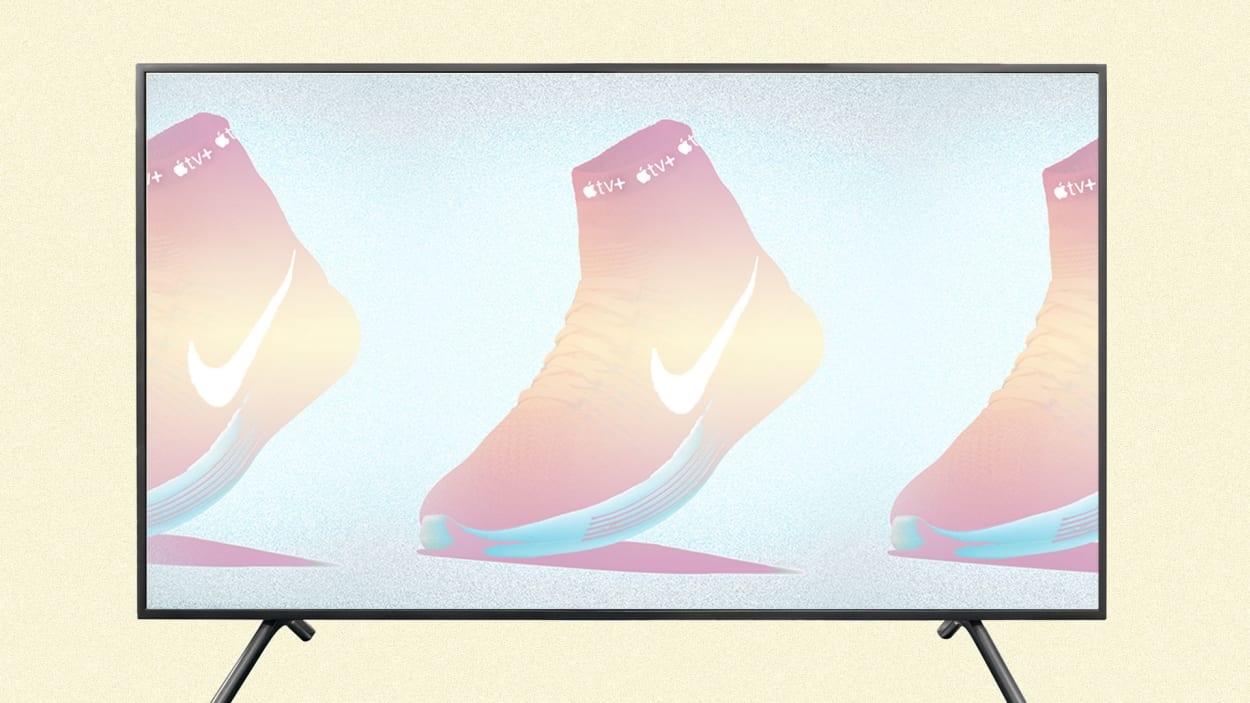 It all seemingly happened in a flash for Observatory CEO Jae Goodman. First, on June 9, Apple TV+ announced a multiyear deal with Nike’s Waffle Iron Entertainment (WIE) to develop and produce sports films. Then on June 16, wine brand 19 Crimes released a limited-edition Martha Stewart action figure to promote their collaboration. That sparked an unpaid eight-minute segment on Today With Hoda & Jenna. On June 23, Doritos hosted a Stranger Things-branded online concert featuring Soft Cell, The Go-Go’s, and Charli XCX. And the following day, WIE launched its first podcast, Hustle Rule, narrated by Ted Lasso’s Hannah Waddingham and based on the best-selling book by Gwendolyn Oxenham.

For the past 16 years, this has been Goodman’s mission, and he’s repeated it to anyone and any brand that would listen: The world’s leading marketers can create content and experiences that attract and engage audiences rather than interrupt and annoy them—and drive results.

This mantra has taken him from ad agencies like Wieden+Kennedy and onetime powerhouse Hal Riney to decamp for Hollywood in 2006 and join CAA to establish the talent agency giant’s in-house marketing consultancy. That eventually led to a full-fledged agency called CAA Marketing, which in 2017 spun out to become Observatory, winning industry and brand accolades along the way (including multiple Fast Company Most Innovative Companies honors).

To Goodman, those two weeks in June—which also included Observatory’s best-ever financial results and multiple Cannes Lions awards for Chipotle’s “A Future Begins” short-form animation—represented a culmination. “Despite being 16 years in the making, I don’t think we’ve ever operated on the platform to drive that thesis forward better than we are right now,” he says. “This moment.”

Goodman is taking this moment as his opportunity to find out what’s next. He’s stepping down as CEO of Observatory. “Because I saw this moment coming, it really got me thinking about how I want to spend the next 16 years, and what platform I want to be on or create in order to drive this thesis forward from here,” he says. “The hard answer to that is the only way I’ll know if there is a different platform to do that is to step away.”

From Red Bull’s action sports film catalog to Pfizer’s documentary on Nat Geo, the idea of branded entertainment today is commonplace. As media fragmentation has increased in the past decade and a half, brands have been forced to diversify the ways in which they’ve courted our attention.

It’s longer viable or effective to depend only on traditional paid media tools like TV and radio ads. But you know this. What you may not know is how Goodman was among a select few (including my former Ad Age editor Scott Donaton) who saw this coming long before most. If there were a Mount Rushmore of branded entertainment, Goodman would be Washington or Jefferson.

One of Goodman’s first high-profile proof points was a 2008 campaign for eBay that included a short film called “Force 1 TD,” about a group of friends who set off on an adventure to find some very special sneakers for their visually impaired friend’s miniature guide horse. Directed by Randy Krallman, it became the first-ever brand-produced film to gain acceptance into Sundance, and illustrated to both brands and filmmakers the potential of the right type of partnerships.

At the film’s live screening, Goodman says there was an audible murmur in the room when Krallman thanked eBay. “Then for all the amazing filmmakers in that room, eBay marketing exec Micky (Onvural) was the most mobbed person, with all these filmmakers wanting to know how the brand did it and how they could be involved,” he recalls.

There was a campaign for Mitchum in 2010 that launched as a contest to find the “hardest-working person in America.” It was a tie-in with the “hardest-working deodorant” and challenged people to create short films about their nominees. Revlon-owned Mitchum was in a two-year sales slump and about to be pulled off shelves in Target and Walmart. However, this campaign and the news coverage and attention it sparked—including an unpaid, unprompted endorsement from Dirty Jobs star Mike Rowe—changed its fortunes.

The contestant films were turned into a 30-minute documentary that aired on IFC and the Sundance Channel, and the campaign overall attracted 11 million video views and more than 200 million media impressions. And it got Mitchum back on the shelves.

In 2012, Goodman and Observatory created the award-winning “Back to the Start” animated short film for Chipotle that featured Willie Nelson covering Coldplay’s “The Scientist,” and ran in its entirety during the Grammys. The track was made available on iTunes, with proceeds going to the brand’s philanthropic Cultivate Foundation. It won armloads of industry awards; but more important, it was a cultural hit, garnering more than 300 million media impressions and putting Nelson’s cover at the top of the iTunes Country charts.

Observatory and Chipotle reunited this year for a 10-year follow-up called “A Future Begins,” this time featuring Grammy-winner Kacey Musgraves covering “Fix You” by Coldplay.

“Jae’s idea of branded entertainment, and his belief to never interrupt an audience but to attract and engage with them, has helped brands like Chipotle successfully educate fans on their purpose-driven initiatives,” says Chipotle CMO Chris Brandt. “While Jae was doing this in partnership with Chipotle all the way back in 2011, it has never been more relevant than it is today.”

Micky Onvural, who is now chief marketing officer at TIAA, has worked with Goodman for years, on the aforementioned eBay short film and on Bonobos #EvolveTheDefinition campaign that won YouTube’s 2018 “Ad of the Year,” though it was actually made as a side project to shooting the ads.

The brand had dozens of men in to shoot a clothing campaign when Goodman and his team suggested they set up a camera in another room and ask these men about their definition of masculinity. What resulted was a poignant look at a real, current cultural conversation that ended up with more than 10 million views within its first 24 hours online.

Onvural says that Goodman has been ahead of his time. “We first worked together when I was at eBay back in 2006, and he was advocating all the way back then for this idea of actually creating content, not advertising, that people lean into and make brands culturally relevant,” she says. “When I look back at the work we did together . . . it really stands the test of time.”

This is no retirement

To be clear, this isn’t an obituary or some sort of retirement retrospective, but rather context for why Goodman stepping away from the incredibly healthy agency he built is worth considering. When someone who predicted the future decides to try it again, one better pay attention. Linda Knight, chief creative officer at Observatory, says Goodman will still be working with the agency as a consultant, but that Observatory is firing on all cylinders.

“He’s built this incredibly strong team that knows how to do what he set out to do,” Knight says. “He saw around corners. He had a vision many years ago, and knew where this industry was headed—more content-centric campaigns—and he’s built this team and business around that idea.”

Since he said he’s stepping away to get a better perspective on where this idea of brand entertainment could be headed, I asked Goodman how he counsels brands on content right now, in 2022. The answer, which will be tough for many marketers to swallow, is patience.

“If you’re used to paying for eyeballs and getting make-goods if the TV show doesn’t deliver, or paying for engagement and performance, you can’t expect that type of immediate and direct attribution in this kind of upper-funnel activity,” he says.

At his Cannes Lions conference session in June called “Are We Doing Brand Entertainment All Wrong?” one attendee asked Goodman about effectiveness. Standing in the back was Nike CMO Dirk-Jan “DJ” van Hameren, who spoke up and echoed this call for patience, pointing out that Nike was three and a half years into creating Waffle Iron Entertainment yet audiences are only just now seeing its first projects come into the world.

With patience comes the payoff, as Nike is seeing with its WIE projects and deals, and as Bonobos saw with #EvolveTheDefinition, which Onvural says still stands as its best return-on-ad spend campaign in company history.

For Goodman, as branded entertainment experts go, he’s now a Hall of Fame free agent. “What I know is, I’ll be in a position to collaborate with Observatory. I won’t be competing with Observatory,” he says. “I can see myself in a production role, where I’m able to go deeper on individual productions alongside brand clients.”

In other words, back to the start. 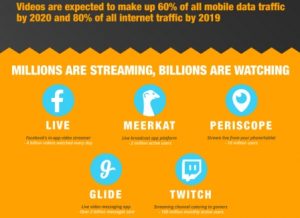 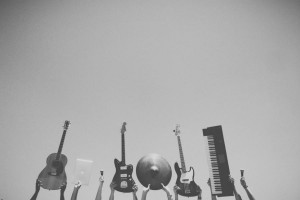 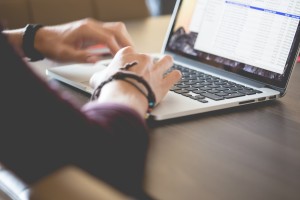 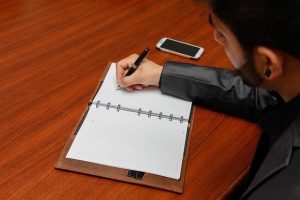 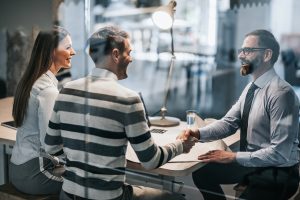 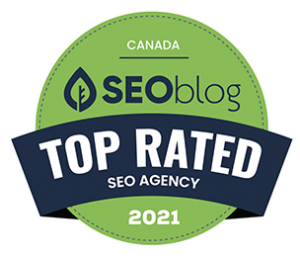 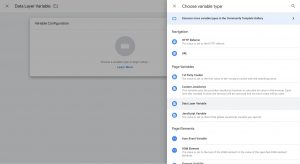 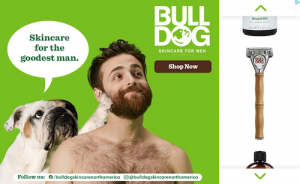