5 Things We Learned From Our Most Viral Guest Blog Yet


When you write a guest blog that garners over 300,000 social media shares and gets Tweeted by editors from Time Magazine, Mashable, Buzzfeed and the New York Times, you know you’re doing something right.

But what is that exactly?

After you do a happy dance (or several), spring for the pricey champagne and marvel at all the bigwigs who are sharing your piece, it’s time to take a step back and assess what went into the magic recipe so that you can make it again.

1.  Nostalgia is a Mighty Powerful Tool

Our hyper-successful article was entitled “The Oregon Trail Generation” and suggested that there’s a micro-generation that falls between Generation X and Millennials.  The reason this micro-generation exists is because of its unique relationship with technology.  To make the case, Anna, our content director and the writer of the article, went through a chronological tech journey that spanned the mid-1980s to the early 2000s.

In doing so, she mentioned a whole bunch of cultural references that conjured up powerful feelings of nostalgia for those who grew up during this time.  In fact, the title of the article itself references an early computer game that triggers happy memories for a huge group of adults that were kids in the 80s and early 90s.

The result was that a sizeable portion of the population read the article and had an immediate, strong emotional response.  It brought about positive feelings from the readers’ own lives, which inspired sharing.  With each share, someone was saying, “This made me feel something.”

Furthermore, the article inspired personal discussions all over the web – it gave people the opportunity to trip down memory lane and share their experiences with one another.  And that’s the best you can hope for when you publish an article – that it hits home and gets people right in the feels, because that’s what inspires the strongest response in the world.

The target audience of this article was mostly middle to upper class adults born in roughly a 10-year span.  When you think about it, that’s a pretty damn specific slice of the general populace.   But because the audience was so specific, we could speak directly to them and mention somewhat obscure cultural references that they were sure to get.

The fact is, we all love to be a part of something special that’s not open to everyone else – it’s the VIP effect.  What the article did was name a new VIP group that was almost

guaranteed to read the article, identify with it and share it.  In a way, it plucked all of those people out of generational obscurity and gave them a shared identity they were proud to claim.

One Twitter user who posted the article prefaced the link with, “This is my life.”  Thousands of others who posted it said almost exactly the same thing.  The article didn’t present anything too revolutionary, but it very precisely described a group of people.

Many of us stick to the “How To” topics when it comes to blogging – it makes sense that we want to offer value in the form of advice and inside info.  But we may underestimate the power of simply reflecting readers back to themselves.  So next time you’re stumped for a blog topic, think about creative ways in which you can hold a mirror up to your audience and show them who they are in a positive light.

We’ve all done articles that require us to study up on a new topic that we want to share with our readers; that’s what the best writers do.  But it’s important not to forget the age-old writing rule, “Write what you know.”

This article was inspired by years of conversations with friends, countless observations and a very personal experience.  It can’t be denied that this is part of what inspired such a huge response.  When we write about things that are close to our hearts, there is a potential for greatness.

In the world of social media, one of the surest indications of success is criticism.  The overwhelming response to this article was extremely positive, but there were those who had to chime in with their negative comments as well.  For example, one article commenter went into a lengthy critique of why the age definition of the Oregon Trail Generation wasn’t correct.  It was pretty pedantic and irrelevant, but it inspired a debate amongst readers that included about 20 more comments.

The point is, people were talking about it, and that increases exposure.  Instead of worrying about what people might say or the fact that some of your readers may disagree what your take on a topic, don’t play it safe.  On the contrary, steer into controversy once in a while when you have something unique to say and appreciate those who criticize your views, because they’re unknowingly helping to increase your exposure.

There are dozens of other factors that played into the success of this article and every other article that has “gone viral.”

Though it’s impossible to predict with total certainty the response that any blog will get, it’s smart to study the pieces that are most widely shared and to incorporate their best qualities into your own writing.

This article was originally published here on the WebRev Marketing & Design blog. 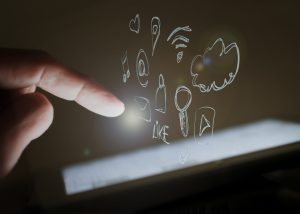 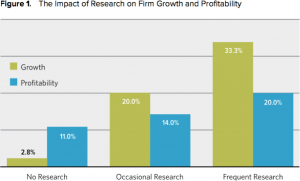 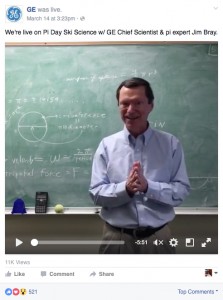