5 eternal marketing lessons you can hang your hat on

Trends may come and go, but columnist Dave Davies shows that the core principles of marketing are just as applicable today as they were decades or even centuries ago. 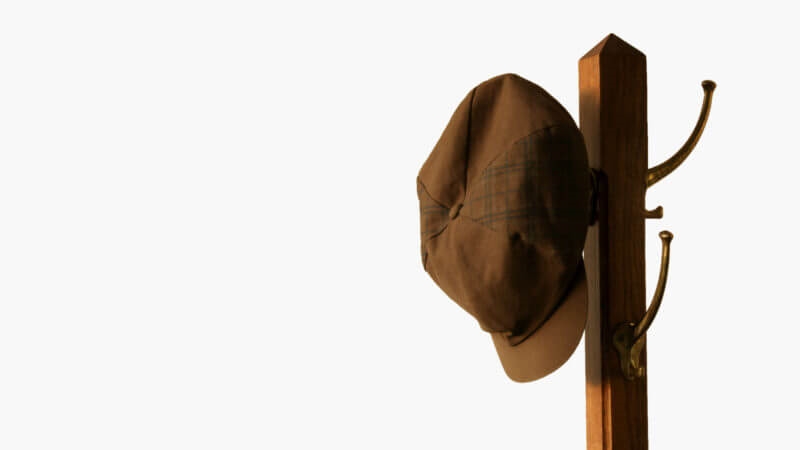 We digital marketers exist in a fast-paced world, where the rules and strategies change on an almost daily basis. In the past few weeks alone, there were discussions about a potential algorithm update, YouTube and Facebook crossing major user thresholds, and various changes to Google’s displays, including Google News and its mobile app feed.

One could be led to believe that there is little that is constant in the world of marketing. One would be wrong. In fact most of marketing is, at its core, the same today as it was in decades and even centuries past.

Today, we’re going to review five marketing lessons from over the years and examine how they apply in today’s world.

Back in 1936, Dale Carnegie published the book, “How To Win Friends And Influence People.” Even without all the user metrics we have today, he understood one of the most important truths we work daily to understand: people are driven by their emotions and not by logic.

As marketers, we understand this from a tactical level but often fail to remember it as a guiding principle. We understand that changing a button hue can significantly impact the number of times it’s clicked, or how the orientation of a person’s eyes in a picture can either guide us to content or the back button.

What Carnegie captured in this one simple sentence, the entire industry of CRO is built on. So while we look to the numbers and metrics behind our experiments what we really need to remember is that what we’re seeing isn’t simple data, it’s an emotional reaction to different experiences. Through understanding this we can better understand why some tests work while others don’t and craft new ones based on the data, of course, but more importantly, a deeper understanding of what that data means apart from just, “people click orange buttons more”.

Fun Fact: Dale Carnegie was born “Dale Carnagey” — however, he changed his name in hopes of being associated with the completely unrelated millionaire Andrew Carnegie. He even rented out Carnegie Hall in 1916 for a lecture.

“Without promotion, something terrible happens … nothing!”

In the late 1800s, well before Dale Carnegie was teaching millions how to influence the behavior of others, P. T. Barnum was blazing the trail for the advertisers that would follow. Those of us in marketing owe a debt of gratitude to the man who invented modern advertising; even today, we can still take inspiration from his tactics.

Barnum understood that there are a few truths to advertising. As noted in the quote above, he understood that without advertising, nothing would happen. One can have The Greatest Show On Earth, but if people don’t know about it, it won’t be running for long.

Perhaps a more valuable lesson can be taken from studying his ads themselves. Barnum understood that your ads need to be where people are and must appeal to them within seconds. He didn’t write long essays — he wrote snippets to convey curiosity and capture the imagination. 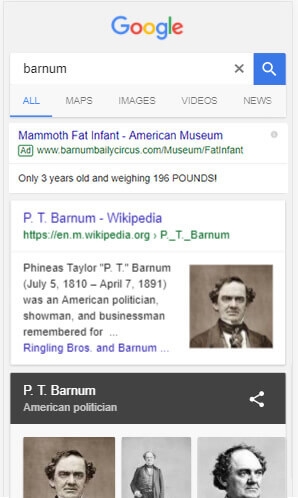 This is short even by today’s standards, but it gets across exactly what it’s meant to: That even without television and reality TV, you can still satisfy your morbid curiosity to witness the extreme.

In today’s world with so many distractions, it’s truer than it was back then and it was highly successful in his day. If we look at some of his advertisements and compare those with the recent data from Hubspot we’ll see that even though he didn’t have the analytics to back it and comparatively limited mediums he understood the human mind and created the very guidelines we now follow.

Fun Fact: Though commonly attributed to him, there is no evidence that P.T. Barnum coined the phrase, “There’s a sucker born every minute.”

Marketing lesson #3: On the future 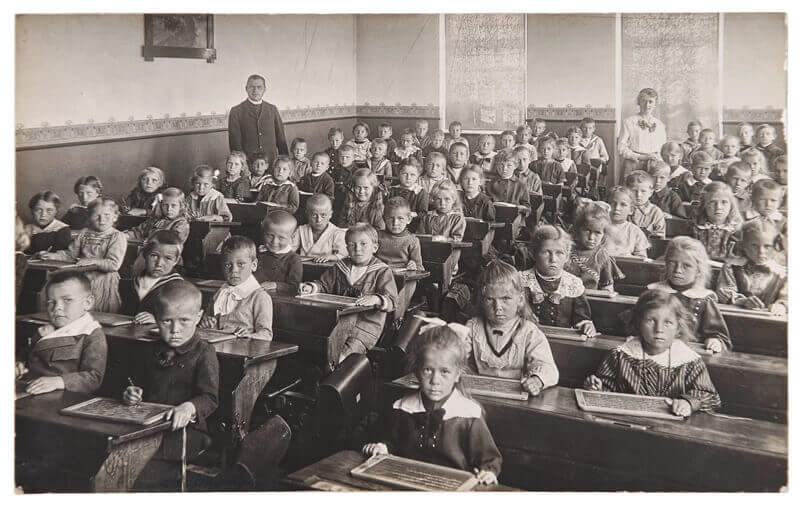 “You can’t learn in school what the world is going to do next year.”

In the early 1900s, Ford revolutionized the world with the rollout of the Model T and came up with some of the greatest thoughts on the importance of understanding the future as it is laid out and comparing that to what it can be. What I mean by this contradictory statement is best illustrated with another of Ford’s great quotes:

“If I had asked people what they wanted, they would have said ‘faster horses.’”

The path that the future held was one in which current technologies advanced, where better horseshoes were made, better wheels and lighter carriages to be pulled. The future Ford saw was one in which horses were no longer the primary means of transportation — a completely different future than the one that had been laid out.

It’s not hard to see how this relates to modern marketing or how the introductory quote in this section resonates strongly. School and education are clearly important; however, they can only teach us what has been, not what will be.

Our job as marketers then is to pay close attention to what’s going on in the present, combine that with our general understanding of what the various web properties we market on are attempting to accomplish, and either read directly or read analysis of important patents and whitepapers in our effort to predict what the future will bring. This is how we will market to the future.

Fun Fact: In Aldous Huxley’s book, Brave New World, the years are dated based on the “Year Of Our Ford” or “Annum Fordum.”

“Business is a cobweb of human relationships.”

Easily my favorite Presidential candidate of all time simply for what he added to the conversation, Ross Perot brings a core lesson to the table that is perhaps more true today: To do any type of good business, you must understand that you are entering into a complex system of relationships.

When the words were uttered, Perot was referring to doing business with government and large companies. Add to that the complexities of the social landscape today, and we come to terms with the fact that business is not about making money, it is about growing relationships — and with those, the money will follow.

To punctuate that, let’s now look at the full quote from which the above was taken:

“Business is not just doing deals; business is having great products, doing great engineering, and providing tremendous service to customers. Finally, business is a cobweb of human relationships.”

Business is not just about signing the deal, it’s about providing great service and understanding that there is a large network of humans we will have to interact with — each in their own way, on their own platform. As marketers it’s critical then that we understand our piece in the puzzle an provide that service and communication where our customers are and in the format they want to be communicated in. 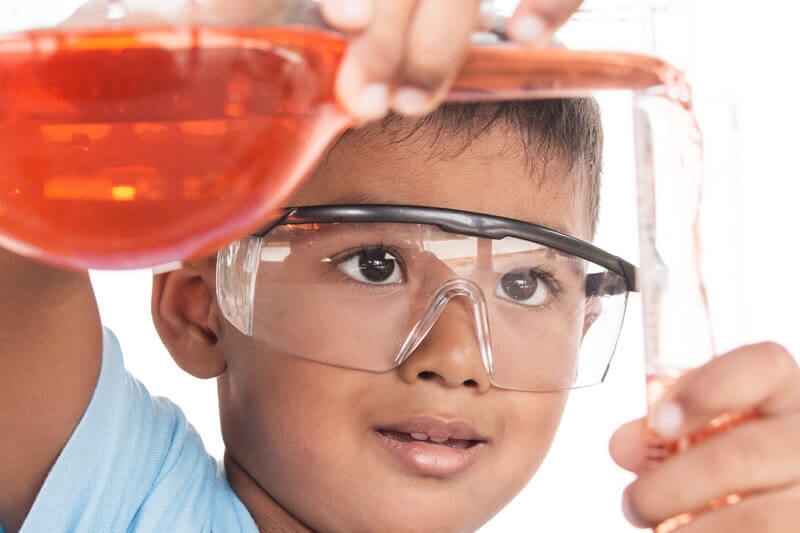 “Never stop testing, and your advertising will never stop improving.”

In 1948, David Ogilvy entered the ad industry at the age 38. While we wrote brilliant creative, the biggest leap forward he helped marketers make was in the area of analytical marketing and the invention of A/B split testing.

He was the first to run two sets of ad copy in a small sample, see which performed better, and then roll out the winner nationally. His mindset likely has to do with his prior work at the research agency Gallup during World War II, where he learned to focus on research and reality.

There’s a very important lesson in this for all of us: Testing is crucial, and strict methods of judging success and failure must be established.

More important, perhaps, is the idea that success ultimately comes down to hard numbers. A lesson we all need to remember is that it’s not about how fun or creative our campaigns are, but whether they generate the conversions intended.

Fun Fact: During his time with Gallup, David Ogilvy mastered propaganda and successfully ruined the reputations of businesses that supplied the Nazis with product.

Lessons from our past

There are many marketing lessons that have stood the test of time over decades and centuries because they help us tap into the core of the human experience.

Marketing trends from eras past may have come and gone, but the root concepts remain the same — and even today, we can still absorb the wisdom of those that came before us and apply it our own strategies with great success. 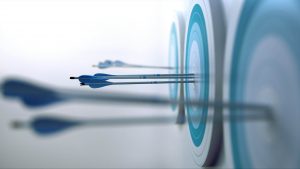 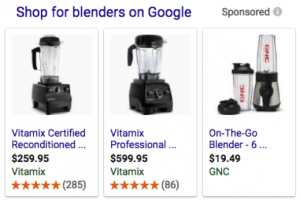 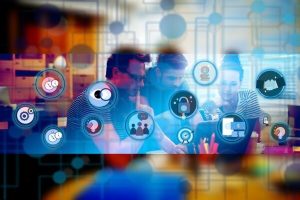 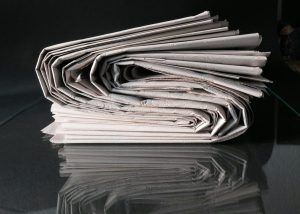 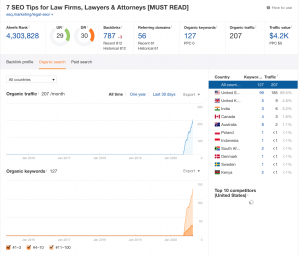 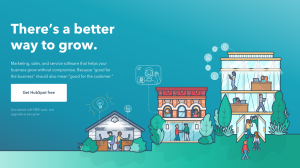 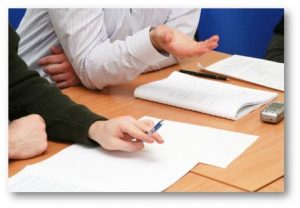 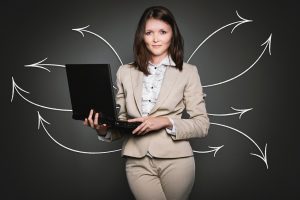