4 Simple Psychology Hacks that Will Seriously Boost Your Conversions

According to research from Eisenberg Holdings, for every $ 92 spent on generating traffic only a measly $ 1 is spent on converting it.

Interestingly, this explains why a lot of “research” on what works in conversion do not have a strong basis and, as a result, cannot be replicated. For example, various researchers have found the “best color” for boosting conversions to be red, blue, orange, green, etc. Why are different researchers getting different results? Perhaps there is another underlying factor most conversion research is ignoring? Thanks to psychology, we have the answer.

In this article, I share four simple hacks — backed by psychology — that will help you get a serious boost in conversions.

#1. The Jam Study: Leverage the “Less is More” Principle to Boost Conversions by up to 10 Times

When trying to boost sales and conversions, may seem like common sense that the more options or choices you give people, the better your conversion rate, right? Not necessarily, according to science. While that rationale makes “common sense,” psychology shows that a lot of human action is not influenced by common sense.

Contrary to logic and common sense, psychology shows that the best way to boost conversions is by significantly reducing people’s options and available choices. Instead of giving people 20 options, give them just three. Of course, the average marketer would advocate giving people more choices — other than it being the “right” thing to do, it also supposedly gives them more avenues to make a decision.

A whole book was dedicated to this particular dilemma. In The Paradox of Choice, American psychologist Barry Schwartz analyzed a lot of research done on the subject of choice and came to the conclusion that giving people more choices not only makes it difficult for them to decide, but it also increases their anxiety and mental anguish.

When trying to boost conversions, give people fewer options. Giving more options can be psychologically paralyzing. A great study that shows just how effective giving people fewer choices can be for boosting conversions is the Jam Study. Conducted by Psychologists Sheena Iyengar and Mark Lepper in 2000, the study involved two tables of jam in an upscale supermarket. The first table displayed 24 varieties of gourmet jam, while the other table displayed just six varieties of jam. Both tables were then shown to an approximately equal number of people.

While people will be naturally attracted to more options, they are less likely to convert due to choice paralysis.

If you’re trying to get more people to sign up for your offer or purchase your products or services, realize that giving them more options isn’t necessarily going to favor you. Reduce your options and watch your sales grow. I use this technique to great effect at Hosting Facts. While we review dozens of hosts, some key sections identify and highlight only the best (usually around 3 – 6). This has been very effective for boosting conversions.

#2. Use Positioning to Make Your Visuals Do Their Magic

One of the most effective ways to boost conversions is by making smart use of visuals. If you’re not fully convinced that an image is worth a thousand words, then you should consider the following statistics:

More likely than not you already use images in your content and copy — if you don’t already, free design resources abound to help you find and tweak images to be used in your web copy. However, there’s a way to make your use of images more effective: positioning. You can tweak your images to direct user attention to your CTA or object you want them to notice. If you’re using someone’s picture, for example, you’ll get the most conversions if the person’s gaze is focused on what you want readers to notice. Your images do not only have to blend with your copy, but they should be positioned in such a way that they direct attention to key elements — such as an important headline, a key CTA, or some other element — that you want readers to notice the most.

#3. The Sensory Adaptation Phenomenon: There’s No Best Color. There’s Only What Stands Out.

In a 2011 article on the effect of color on conversions, Hubspot concluded that the red color beats the green color hands down. Many have since referenced that “study” to “prove” that the red color is the best color for conversions. It’s not that simple, though. Thankfully, even the author of the article admitted that he has heard the colors green, pink, red, orange and light blue said to be the best color for conversions.

Different marketing experts have claimed different colors to be the best — red, blue, green, orange, yellow, just think about it! In fact, the majority of these experts have test results to back up their statements. How can one test say that the color orange is best while another test says that the color blue is? We’ll let psychology come to the rescue:

When it comes to boosting conversions with color and CTA buttons, it is essential to realize something that underlies how we notice things: the sensory adaptation phenomenon. This phenomenon explains why we tend to tune out noise after a while, why we no longer feel our clothes and shoes after we’ve been wearing them for a while and while we often feel as if a chair is an extension of our body once we’ve been sitting on it for long. In essence, the sensory adaptation principle explains that we tend to tune out stimulus after continuous exposure to it for a long time — except when the stimulus changes. In essence, for the red/green color button debate, the page the button was tested on had an overall green color scheme, and using a green button meant that the user has been seeing practically the same color beginning to the end — making it difficult to notice a green CTA. A red button changes things, however, as it is radically different from what has been used on the page and thus attract more attention.

So when trying to boost conversions on your website, stop thinking in terms of what color converts best. There’s no single color with that magical power. Instead, start thinking in terms of “sensory adaptation” — what color stands out most and switches things on the page? This same principle can be generalized to other aspects of the page, not just CTA color. It could apply to font size, images, navigation, or other aspects of your design or content that you want people to notice.

Realize this key principle: What blends in gets ignored. What stands out gets noticed.

#4. The Milgram Experiments: Leverage the Authority Effect to Get People to Trust and Obey You

One of the most important psychology hacks you can use to massively boost your conversions is to tap into the power of an authority figure. Exactly how important is an authority? Two key examples demonstrate this:

This first example is one we all can relate to. It is the example of Oprah Winfrey and her endorsement of the T-FAL ActiFry. It was just another product Winfrey was using, and she made posts on her social media account to tell people how helpful the ActiFry has been for her:

Another example that shows just how powerful authority can be is the Milgram experiments. The experiments, performed in 1973, were conducted by Yale University Psychologist Stanley Milgram. It was designed to test the willingness of people to obey authority even when tasks they are asked to perform involves doing things that conflict with their conscience and personal values.

For the experiments, people were recruited through a newspaper ad and they were asked to administer electric shocks to someone strapped to a chair at the instance of an authority figure in the form of an experimenter. They were then asked to administer electric shocks from a scale of 15 volts to 450 volts; with 15 volts being “mild shock” and 450 volts being “fatal shock.”

Interestingly, Milgram polled forty psychiatrists before conducting the experiment and they predicted that compliance to the end will be 3.73 percent. Quite surprisingly, compliance was 65 percent. More simply put, as many as 65 percent of participants in the experiment were willing to administer a fatal electric shock to someone else at the instance of an authority figure.

These two examples show just how powerful authority can be for boosting conversions. While you’re not necessarily going to strap people to an electric chair and start electrocuting them, and while you don’t necessarily have the same clout as Oprah Winfrey for moving markets with a simple post on social media, the fact remains that you can easily use authority to boost conversions. Here are some tips:

More importantly, you should make sure to highlight any of the above forms of authority endorsement you are able to get. This could be done by quoting what a celebrity or thought-leader said about you, by adding “As seen on…” logos to a page you want to increase conversions on, or by highlighting the fact that you’ve been endorsed by certain authority figures or publications. 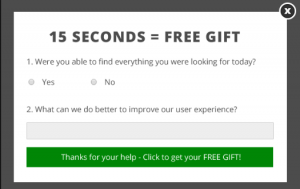 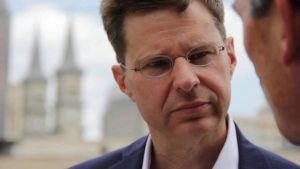 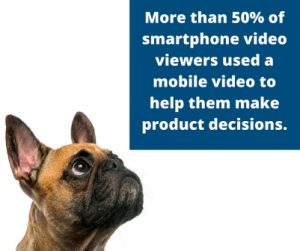