You may think that a successful online advertising campaign is one that has every single aspect optimized, from keywords and location targeting to the landing page the ads take consumers to.

However, this isn’t always the case. There is such a thing as over-optimizing your ad campaigns, and it can really hurt you in the long run.

When testing and optimizing your online ad campaigns, be it PPC, social media, or even call campaigns designed to drive traffic to your website, you should be cautious of over-optimizing them for a few reasons.

1. You Could Miss out on Qualified Leads

When you optimize your campaign, make sure to focus on gaining business, not just getting clicks.

Over-optimizing your campaign can mean that you’re being too specific with the requirements for what makes a qualified lead. If you have too many conditions, you might end up actually excluding potential customers.

Imagine you’re a small, trendy coffee shop. You decide that you want to target middle-class men and women, ages 25-35, that are located within three blocks of your shop.

Those are pretty specific conditions that have to be met within a tiny area. With a target audience that small, there’s almost no point in showing your ad if only a few people will see it.

You’re missing out on younger people who may only be getting started with a part-time job, or the upper class who might actually spend more for a fancier coffee drink. You might also miss out on people who live more than three blocks away and commute into your area.

Yes, it’s good to target your ads. But make sure the targeting is broad enough that you’re not at risk for excluding too many qualified leads.

A/B testing involves changing just one aspect of an ad and running both variations to see which one performs better.

If you pile too many changes onto your campaign in an attempt to over-optimize, and something goes wrong, you won’t know which change is the culprit. In the end, you could end up paying more per lead.

If your over-optimization goes awry, you have two options — both equally expensive and time-consuming:

The best approach is to test at each stage of change and gradually build up the campaign to see what’s converting the best.

Either way, it’s going to take time to see what’s working. But, you’ll save time and money doing it right the first time, instead of changing five things and then trying to figure out what isn’t working.

3. You May Be Excluding Valuable Times or Locations

Location-based targeting can be extremely effective, but geotargeting your online ads too specifically can cause you to miss out on nearby consumers.

For example, if you target only those who are near your competitor, or near you, you might miss out on potential consumers who are within driving distance.

When you set up your ad campaign, make sure to only target one or two location elements. Maybe a general location circumference around your business or an exclusion of places you know your customers won’t be.

You can also miss out on customers if you time target your ads too specifically with dayparting. If the advertising budget allows it, don’t turn off your ads after business hours or at night. Consider instead using different ad messages for after-business hours.

While you want to make your ads personal and tailored to the customer, you also want to make sure you aren’t being too personal. Though this mostly applies to retargeting campaigns, it can also apply to ad campaigns in general.

If your ads are too highly targeted, it can come off as creepy. A lot of people forget how easy it is for sites to collect personal information, so it can have the opposite effect of what you want: to gain the customer’s trust and business.

While it can be helpful to remarket customers with items based on their previous purchases, or suggest products based on their interests, it’s important to make sure that they’re not sensitive items and you aren’t encroaching on their personal life.

Target got caught getting too personally involved when it used purchase data to remarket a high school student with baby products. Even though she really was pregnant, coupons for cribs and diapers were probably not how she wanted her father to find out.

As a result, Target didn’t stop collecting such specific and personal customer data. Instead, they got even sneakier about targeting women who were likely pregnant by mixing random ads in the flyers with the baby ads so they didn’t seem as stalkerish.

While it’s good to optimize retargeting to increase the chances of a conversion, nobody wants to be too embarrassed to pull up their internet browser or Facebook page because they’re seeing ads for something personal they searched for on Amazon or Google.

Make sure when you optimize, you won’t be bombarding your customers with ads and stalking them from site to site. Target them enough to raise your brand’s awareness or subtly remind them of other products, but know when it’s time to say goodbye to someone who isn’t going to convert.

If you’re over-optimizing an account, once it’s in a downward spiral it can be very difficult to revert those changes. Only incremental changes will eventually set the campaign back on the right track.

Instead of optimizing every little aspect, you should be testing to see what really works for you and your company.

Test your campaign to see how consumers react at every stage. Figure out when and where your ads are engaged with the most, but make sure you aren’t infringing on your potential consumers’ trust. 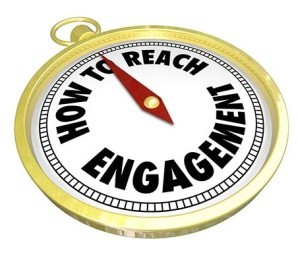 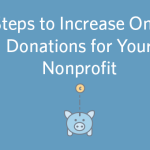 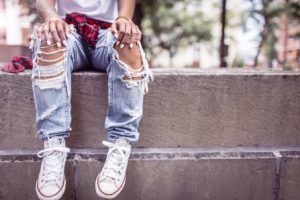