Time to Adjust Your ‘Internal Soundtrack’?

Whether or not we’re even fully aware of it, most of us have an “internal soundtrack” that plays over and over on a constant loop, day in and day out. Normally, that “soundtrack” is referred to as one’s mindset or overall attitude. Call it what you may, but one thing seems certain: It can and quite often does have a profound influence and effect on how well we do in life, and that’s particularly true when it comes to our professional lives.

A positive mindset/attitude, for example, might be one like this: “Today offers both opportunities and challenges, but, since I have lot to offer, I am definitely up to the task.”

Conversely, a negative mindset usually goes something like this: “Today may offer some people opportunities, but, since the deck is stacked against me, I don’t expect much for myself.”

Quite understandably, during the Great Recession, when literally millions of jobs evaporated into thin air, it became extremely difficult to maintain a positive attitude and mindset. Nonetheless, those who managed to do so at least to some extent were more often than not the ones who also managed to keep some type of employment—despite the awful state of the worldwide job market and economy.

Even though in recent years we have seen—and continue to see—significant improvements in both the job market and the economy, there are still those who insist upon continuing to see the glass as being half empty instead of being half full.Or, to put it another way, they have yet to update/adjust their internal soundtrack, their individual mindset and overall attitude to fully take into consideration current conditions. Just recently I ran across a classic example of what I’m talking about here.

About a month ago, my wife (and just coincidentally, also my business partner), Pam, and I went to dinner at a local, national chain, family oriented restaurant. Our waitress was a woman I estimated to be about 45- to 50-years-old. It would not be exaggerating to say that she appeared to be carrying the weight of the world on her shoulders. Her posture was slumped, her gait slow, her tone of voice flat and definitely lacking in enthusiasm. Her entire attitude and personal image was one of a person who has largely given up on the world and all the people in it. It seemed to be all she could do to simply engage us as fellow human beings and take our order. To be sure, not an auspicious beginning to our dining experience!

Once the waitress left, we looked at each other, rolled our eyes, sighed and remained determined to enjoy our anticipated meal, first impressions of our waitress notwithstanding. Maybe she was just having a really bad day, we reasoned. And then we waited, and waited, and waited some more.

After about twenty minutes or so, during which time we had received absolutely none of our order, I flagged down our waitress and asked her what the problem was. Here is how she responded:

“I have absolutely no idea, really. I placed your order immediately, but those guys in the kitchen think they can take their own sweet time. And if I say something I get chewed out by the manager.

“Seven years ago I was laid off from a really good job, and despite having two graduate degrees, this (referring to her current position as a waitress) is what I have to end up doing!”

With that comment, she turned around and trudged off toward the kitchen, presumably to check on the status of our order. Pam turned to me, slyly smiling, and gave me one of her best “Don’t even think about it, Skip” looks. Still, she knew I couldn’t resist the temptation to further engage the waitress, and of course she was right!

Once the waitress returned with the our soft drinks and silverware (but not any portion of our dinner order!), I casually asked her what graduate degrees she had earned and from what university. Turns out she had a master’s degree in finance and an MBA, both from a top university in the Atlanta, GA, Metro Area.

Now, while I certainly believe that there is dignity in any and all honest labor, I couldn’t resist further exploration. Why, I asked the woman, are you working as a waitress with your qualifications? Her response:

“There still aren’t any jobs out there. I don’t care what they say. The government is lying when they say things are getting better. Plus, look at my age. No one is going to give me a decent job at my age!”

At this point I divulged that I was a professional “headhunter” and could provide her overwhelming evidence that her impressions and beliefs about today’s job market simply were not at all accurate. (No, I was NOT attempting to recruit her as a candidate because that’s not how a true “headhunter” goes about that process!)

“Well, can you get me a better job then?!” she challenged.

No, I told her, but added that I could show her how she could get a better one for herself, merely by following the advice in Career Stalled? How to Get Your Career Back in HIGH Gear and Land the Job You Deserve—Your DREAM Job!, my latest job-hunting book. I even offered to send her a free copy of the book if she would give me her mailing address. She profusely thanked me and seemed visibly pleased by the offer.

After finishing our dinner (finally!) and preparing to leave the restaurant, our waitress ran up smiling and handed me a folded napkin, which I just assumed contained her mailing address where I was to send the book. I said I would put the book in the mail first thing the next morning when I got to our business office.

When I returned to our office the next day, I grabbed a copy of Career Stalled?, put it in a book mailer and then located the folded napkin the waitress had given me to learn where I should send the book. Lo and behold, though, the address the waitress had written on the napkin was not her physical mailing address—it was her email address!

Not to be dissuaded, however, and still intent on keeping my word to send her a copy of my book, I shot the woman an email at the address written on the napkin she had given me. I thanked her for giving me her email address, but further advised her that I would need an actual physical mailing address, in order to send her the book.

Long story short: It’s been well over a month since I sent the email to the beleaguered waitress. (And I verified the validity of the email address and that the email was sent and received!) I am still awaiting a response, but at this point I don’t honestly expect to receive one, either. I will just assume that she (like quite a few others today, actually) prefers to continue seeing the glass as being half empty, not as being half full. And her being a waitress, she certainly should be able to tell the difference and take appropriate action! 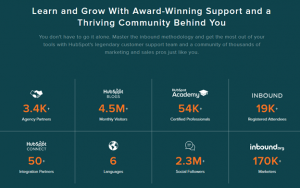 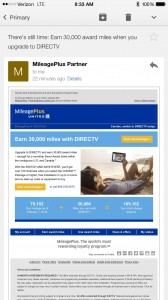 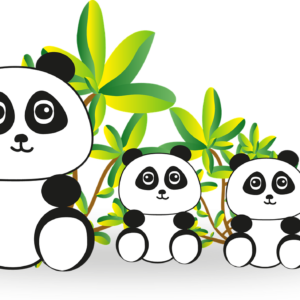 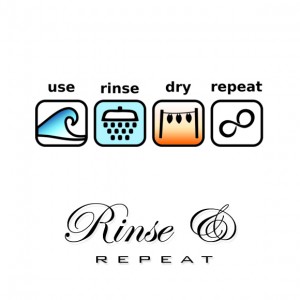 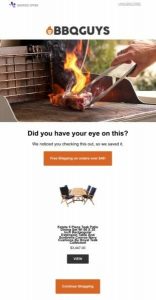 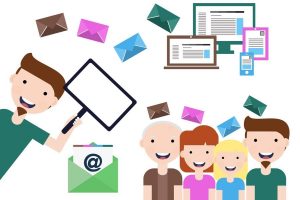