The Dark Side of Social Media Just Got Darker


There is no shortage of content on the mental and emotional hazards of social media, all readily found in…uh…social media.

Yet this dark cloud is getting darker by recent studies, supported by qSample’s own finding. It’s casting a larger shadow over a medium that once was believed as the great democratizer of society.

Here is how it gets darker

The most recent warning comes from Future Foundation, in a study of Britons on social media usage. The study arrived at a powerful conclusion: social media has created a culture of comparison like never before, leading youth and adults down a labyrinth of brittle self-esteem.

Some of the discoveries of the study:

This can lead to feelings of insecurity—especially on Facebook, where we go to share our happiest, braggiest news. We’re constantly comparing ourselves against a stream of new babies, engagements, new jobs.

Worse than social comparison gone awry, as the Future Foundation study relates, social media users actually wish their real life mirrored that of their social profiles—basically creating a schizophrenic society where online personas are different from real personalities. The research reveals that young men suffer the most in all demographics; but all sectors find themselves continually under the stress of matching their own projections with that of peers in various social media channels.

A recent study conducted with qSample’s general consumer panel reveals that more than 60% of respondents surveyed access Facebook 3-6 times a day. Results also show those who are logged in that frequently earn an income of $ 50,000 or less per year.

The study demonstrates that in general those with less social media footprints tend to earn higher.

Here is where it gets darkest

Obviously, a case (with many case studies) can be made on the positive effects of social media on both the individual and community. Regardless, it seems most miss the true nature of social media, as well as the internet itself. Understanding this nature is key to solving the dark matter that is social media pervading online universes.

Marketer Josip Petrusa nailed it in a blog article. He is not alone, drawing from the works of cyber-psychology pioneers like Chris Anderson, Malcolm Gladwell and Nassim Taleb.

It basically goes like this: social media and the internet do not improve or harm our emotions. No, they simply amplify them.

And though the internet increasingly became an amplifier of everything the world had to offer as a result of easy-access, the sudden increase of amateur creations and exposure to a seemingly infinite world, social media has established itself as the ultimate amplifier.

This makes perfect sense when taken to a mass media level. Think about it. When an endangered lion is shot or a police officer acts irresponsibly, social media broadcasts latent emotions to all corners of the world. Animal rights and minority activists have been around for decades, moving the culture needle to more egalitarian spectrums. Social media simply leverages covert sentiments, injects them with the steroids, and then disseminates them in a mob-like wave across the web. In the end, it’s always the boots on the ground that make a real difference.

Another example would be the Arab Spring. Social media took credit for it—according to many digital commentators and marketers—but the mechanism for Egyptian freedom was already in the works and continues to imperfectly grind away. A University of Washington study even concluded that “social media did not cause the upheaval in North Africa.”

In essence, social media and the internet are not bringers of historical change but bringers of emotional range. Like all media, they capture a snapshot of human progress.

The greatest evidence for social media having an “amplifier effect” instead of societal impact is the reality of how issues swell and shrink rapidly. Our research shows how the internet has drastically shrunk the attention span of people to the point goldfish focus more than humans! Today’s dire issue is quickly forgotten, except again in the minds of activists of various stripes. I mean, is anyone still irate at Brian Williams or Eric Holder for whatever? Today’s confederate flag is tomorrow’s obscure meme on Facebook, at least in the mind of the general public.

Here is where the light comes it

Beyond morbid self-reflection and mob-rule mentality, social media seems officially darker than ever, if the Future Foundation research holds up.

How do we even know our emotions when they are fragmented and then amplified like in a psychic sugar-rush that later becomes a sort of ice cream headache for the heart? How can we combat gross projections on our social profiles as we attempt to compete with friends and followers who seem to have it all? As one therapist said on the emotional amplifications of social media, how do you stop from going into a “neurotic limbo”?

As with the negative aspects of social media, there is a galaxy of literature out there on solutions to the negative aspect of social media. It really all comes down to some addictive spectrum or another that either needs to be curtailed, eliminated or managed differently. As a Forbes columnist and tech executive wrote recently on Forbes: “Social media is rapidly becoming as bad as smoking for the human condition.”

Your mileage may vary.

But to solve the effects of Tyler Durden-like emotions, it seems the solutions was already stated in this article: Be an activists, any kind of activist even if it’s something small like “save the stamp collection.” Find a passion that only you care about—and know, as evidence reveals—that any real change will be in the material world and away The Matrix that is social media. That will eventually align your emotions and identity, and both will shine through on social media and beyond…in history…even if it’s in a list article on some blog.

It’s really that simple. Any more complication risks this being amplified on the internet to the point it gets lost in a short-attention span society. 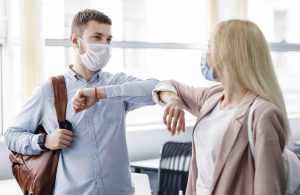 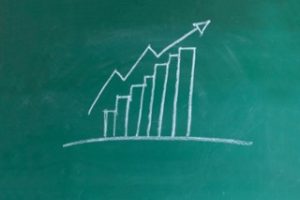 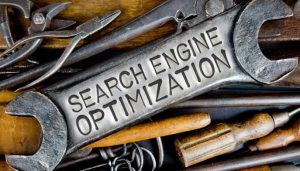 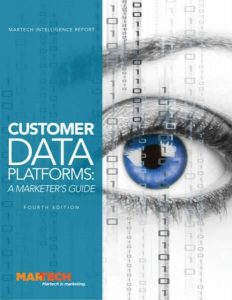