The 5 Red Flags of a Bad Client

There is no typical bad client and they come in all different shapes and sizes. Their degree of bad also varies, from just mildly annoying to wishing very bad things on them. There are the ones you can put up with because you know you only have to deal with them for a short time. Plus the money is good. Then there are the ones that cause you sleepless nights. The feeling of absolute dread when you see their name on an incoming email. And then there are the ones you would happily punch as hard as you could rather than ever have to speak with them again.

Unfortunately, we often miss the signs that someone is going to turn into the client from hell until it’s too late. I missed a glaring one not so long back when the prospective client told me that they had fired their previous agency after the owner called them a bad client. The agency in question didn’t particularly have a great reputation themselves so I took this comment with a pinch of salt. I then went out to endure probably the worst client I have every had. The signs were all there from the start and I only had myself to blame for taking them on in the first place.

Likewise, a glaring red flag I’ve now come to take notice of is when a prospective client tells you they have been through a lot of your type. In my business it’s web designers, SEO people, social media people, marketing people etc etc. I accept that there are some bad agencies and freelancers out there. But how unlucky would someone be if every single person they’ve every hired turned out to be bad? Unlucky or just a sign of a very bad client?

How To Cope With A Bad Client

Sometimes it’s relatively easy to just get rid of a client once you’ve realised that they are going to be a bad client. Sometimes though the warning signs don’t surface until it’s too late and you are knee deep in their work and would be taking a financial hit by cutting the client loose. In this case, you may have to adopt coping strategies to see you through to a point that you can bid them farewell. Sometimes though the bad client is a seasoned pro at being a bad client (remember what I said about them going through lots of people in the past) and they know how to manipulate you into thinking that you’re the one at fault. Hence where the sleepless nights come in and massively over-delivering if you think they are going to pull the plug on you and leave you a bad review somewhere.

The most important thing to remember is that so long as you are doing your very best work and sticking to the agree tasks of what you are being hired to do, then if the client is an arsehole, it’s not you. It’s them! And when they start behaving like a 5-year-old having a tantrum in a toy shop, it’s all about them, not you.

So what tell-tale signs should you be looking for? I asked for opinions and stories in a group I chat with. Many stories were very similar, some outrageous. Most had the same red flags.

Ok so theoretically you are. But what you aren’t is their slave to be treated and spoken to how they wish. They have hired you because they need something you have. They need your skills. If they didn’t need them then they wouldn’t hire you. Working with a client is a mutual respect agreement. You run a business and so do they so you are on an equal footing. Just because they are hiring you it doesn’t mean they are somewhat superior. In any way!

We can all have off days and be a bit snappy and say things we don’t overly mean or intend to sound offensive. Being tired, stressed and often operating in survival mode is all part of the course when you run a business. But that doesn’t give anyone the right to speak to you like something they just wiped off the sole of their shoes to avoid threading it in the carpet. When this starts to happen on a regular basis it’s a sure sign the client has dropped their guard and reverted to type. They are a bad client!

There is nothing worse than receiving an email from a client with instructions and you read it about 20 times and still think ‘WTF!’ We all have our own industry terminology that we use, but our clients don’t need to hear it. Plain English is just fine when giving anyone instructions to follow.

I once had a client that adhered completely to point one but would also send me the most complex instructions imaginable. Any work I got from her would literally take me five times longer to do because I was forever having to go back and forth to clarify everything. And every time I had to go back to her to ask a question she reverted to type and was completely point one. Speaking to me like I was the thick as pig muck hired help. This particular client also had a very insecure need to express her superiority. Be it class, stature, wealth or business. She felt the need to constantly tell me how much better she was. She wasn’t. That was her problem, not mine.

Some clients expect you to work miracles. Unfortunately, it’s your job to explain to them that you are not Harry Potter and your magic wand does not possess those types of powers. I find in my industry clients often think you can get them results overnight, or at least within a week. When you tell them that the chances of going viral with the first piece of content they produce is less than zero, they think you are useless and don’t know what you’re doing. Managing client expectations can often feel like a never ending battle. But this is quite normal.

What is not normal or acceptable is when clients have very genuine unreasonable expectations. Like expecting you to drop everything else, all other client work, your kids, dinner etc because they deem something urgent. It won’t be urgent and nobody will die because that tiny insignificant thing isn’t quite exactly how they wanted it. Chances are it isn’t exactly how they wanted it because it just can’t be done that way and you’ve already explained all of this to them. Giving you a piece of work to do that you tell them will take 7 days and after 15 hours they are emailing for updates. Constantly emailing. Taking up way too much of your time making it near impossible to deliver said piece of work on time. But you still will, somehow, because you’re a pro, unlike your bitch client.

Another great example is when a client asks you to do something you’ve made clear you don’t or can’t do. They seem to hear this as ‘yep no problem I will do that for you’. Sometimes over delivering becomes a curse. Being too helpful makes the bad client even worse. Just stick to what is in your remit.

4. No appreciation of your time or experience

This is probably one of my favourite pet hates about bad clients. Here are a few examples of my own and others who shared their experiences with me.

Client – 3 am (my time) frantically trying to get hold of me. Calling my phone constantly, messaging me on every possible app, emailing me. This client had already been very point 1 (see above) so I put my phone on silent and went back to sleep.

Me – 9 am following morning “How can I help you? What is so urgent?”

Client – “I was just checking that you were there.”

She wasn’t a client by the end of the day.

Client – Sunday 7.30pm “Can you just……….” ( an irrelevant task that’s not my job, which they are requesting to flex some client muscle and express superiority. A task they could easily do themselves.

Me – “I will have to look at it tomorrow as I am just about to head out for dinner.”

Client – “Well I am also out and someone needs to do this now.”

It wasn’t me. I had a lovely dinner.

Client – Huff. “Well it can’t be that difficult, I’ll do it myself.” Muffled comment about a trained chimp.

They couldn’t do it themselves, that’s why they asked me in the first place. In the end, it cost them twice as much after they tried and failed and had to hire someone else to clean up the mess they made.

5. Ignore everything you tell them. They know best.

Often clients come to me because whatever online marketing they’re doing hasn’t been working. They need some fresh ideas, ways of using modern platforms, fresh eyes looking at things. They don’t know or understand social media so they need someone to take control of it all. They take in all my advice and knowledge and then totally ignore it and carry on doing what they’ve always done. Getting the same results they’ve always gotten. No results.

They will ignore everything you’ve said but still blame you when they are still not getting any results. Time to bail!

There are a couple of other points that should slap you in the face like a wet fish as being massive red flags, should you encounter them. They are the normal rules of life and etiquette but sadly some people forget them when it comes to business. Things like being really rude, not paying an invoice on time or thinking that you only work for them. Most of these are down to the bad client and there is not a lot you can do. My best advice is to cut your losses before you lose you sanity/sleep/will to live.

And let’s not forget the ones that want it all for cheap or free. We’ve talked about those before!

Have you had a really bad client that left you with a story to share? Let us know in the comments below! 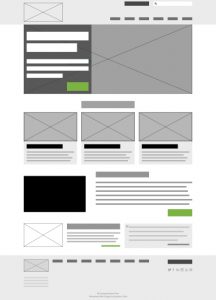 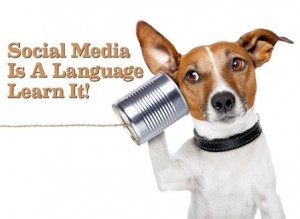 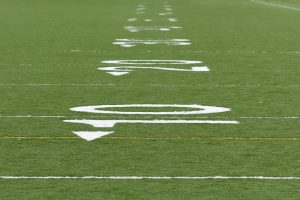 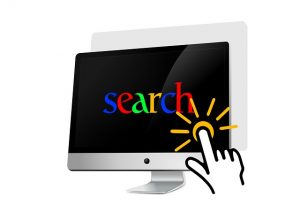