I can hear you already.

Or maybe you’re thinking “Yeah, sure, social for business — tried that, didn’t work.”

I have something to say that you’re not going to like hearing. It’s not social media’s fault your business doesn’t seem to be having success.

You heard me. Social media works for marketing businesses online – yes, even your super-niche B2B business. It works for huge markets made up of millions of people, and it works for markets as low as a few thousand people.

It works not because it’s that effective at advertising to people (although it can be).

It works because it builds relationships.

And that’s where you, Mr. or Mrs. Business Owner, are going wrong with your social media marketing.

If you’ve already tried social media and it didn’t work, it’s probably due to you approaching it the wrong way. You viewed it as a way to blast your content or website to the internet, and you waited to see the money roll in.

When it didn’t, you gave up on it, writing it off as a waste of time.

Or maybe you didn’t even try: you just assume that no one in your industry is turning to social media as a part of their average work day. You assume that the decision makers aren’t using social as a way to make a decision. This could be because you don’t, and any of your colleagues you’ve asked have said the same thing.

This is partly a logical fallacy (confirmation bias), and partly because you’re viewing it a bit skewed. Does social media close sales and land you those big deals? No, it doesn’t.

And that’s not wrong. No one makes a decision purely based on a tweet. I’m not trying to convince you of that.

What Role Does Social Media Marketing Really Play in the Buy Decision?

So if social doesn’t magically make money roll in, and no one makes a buy decision based purely on a tweet or LinkedIn status, what’s the point?

Again, the point of social media is to build relationships.

You’re not using social media to close the deal. It’s not the final step on a buyer’s journey.

Social media is the start.

Social media is how you connect with those potential prospects, and demonstrate that you’re worth knowing, you’re likable, and you’re trustworthy. Being worth knowing for knowledge, likable in that your content actually provides value, and being trustworthy to deliver valuable content are all incredibly useful steps to get people closer to the stage of being ready to buy from you.

What social media does is make you easy to find, easy to learn about, and aids in your prospects feeling as though your business is one they like and can trust.

As Zig Ziglar put it, “your prospect is not going to buy cold, hard facts. He is going to buy warm people benefits.”

People buy from people, especially when it’s a big sale. By making your business more clearly a business filled with people (because it is, right?), you’re making it easier for people to feel a connection with you and to buy.

Don’t forget, though: the people who are going to buy from you based on an analysis of your price vs benefits are not the people you’re going to sway with social media.

Social media is for the people looking to be persuaded. People, and businesses, who have realized they need more than to simply analyze based on cost vs. benefit.

If the major selling point for your products or services is something that’s not just a cost factor, you need to be active on social media to highlight that.

Social media also allows your prospects, especially the ones you don’t know you have, to scope you out ahead of time. They can visit your website (which, hopefully, looks up to date), and also look for you on social media. Do you know what happens if they find you on Twitter or Facebook, and your last post was from 2014?

They often think you’re closed, or that your business is doing poorly.

You know how when you go into an interview, part of the interview is how appropriately you’ve dressed for it? It doesn’t matter how qualified you are – if you show up to your interview in pajamas, you’re not getting hired.

Think of your social media accounts as your digital clothes. If your business looks like it’s in pajamas due to inactivity, you’re not going to get the business that was looking you up.

Sure, to start, you’ll get very few people who check you out online first. You’ve spent however many years cultivating in-person relationships, after all. But if you spend some time cultivating digital relationships as well, you’ll find they can be just as fruitful, if not more so.

Just don’t greet everyone in your pajamas.

So Just How Do I Use Social Media for My Business?

The most important thing to keep in mind when it comes to social media is that you are using it to build a relationship with your followers or fans. You’re not using it as an excuse to broadcast your content — its purpose should be to nurture people into getting to know your business, recognizing it as an industry leader, and then reaping the benefits as a result of that.

Social media takes word of mouth and amplifies it. Anything someone says about your business in a good way is visible by their entire network. This also goes the other direction — anything negative someone says gets spread like wildfire.

Even if your business seldom sees leads as a result of social, it’s worth being active just to keep an eye out for negative comments. Humans love negativity — and bad customer service interactions are far, far more likely to be shared than positive ones. At a purely reactionary level, you should be on social just for damage control.

But for something more beneficial to your business’s bottom line, social can be used to cultivate an audience of interested fans. These fans are the ones who will spread the word for you about your services and who will request what you sell when they’re ready to buy.

Imagine that. An entire fan base of people who are in varying stages of being ready to buy from you. Your salespeople would probably sell a kidney for a database like that.

People on social media are generally selfish. Think about it — so are you, probably. You’re not on a particular social media network to benefit the other businesses there; you’re there because you find a benefit in it for yourself.

So provide a benefit for your followers. Something that isn’t just what you sell — because that’s not providing them a benefit, that’s advertising. Instead, focus on what the follower gets out of following you.

If you can’t think of anything, you need to revise your social media strategy.

A final tip on actually implementing social – you must. be. consistent. You can’t just post 10 things in one day, then ignore your accounts for a week before you post again. People are active at different times, and as you get a bigger following, they’ll come to expect to see content from you. Inconsistent posting is the quickest way to guarantee what followers you do attract, you lose – they’ll get bored, annoyed at getting flooded, or they’ll think you’re incompetent.

Quality + consistency is more important than quantity alone. It’s better to post a few things consistently than to post a bucket of items all at once.

So Stop Whining, and Get on Social Media!

Your business is not some unique snowflake that won’t see a benefit from social.

The kicker is that to truly see results from social media, you need to do it right. You need to stop viewing social as just another avenue for you to put your ads into: it’s a relationship building tool.

Your business can be successful on social media if you put a little thought and effort into it. Just like anything in business, you have to actually try a little to see some results.

So stop your whining that it doesn’t work. It does — you just need to try.

To get you started, you can download my cheat sheet to help you, the newly socially savvy business owner, create an entire week’s worth of social media statuses out of a single blog post or press release. 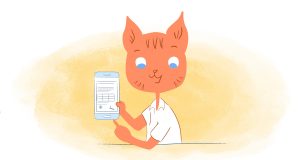 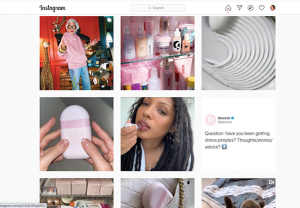 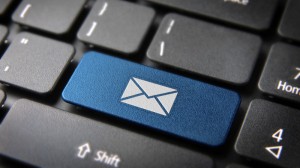 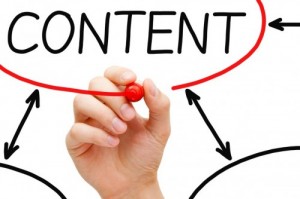 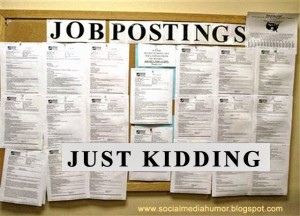 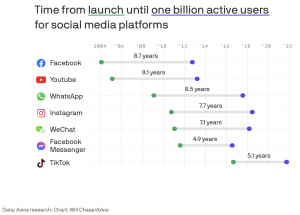 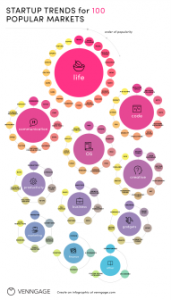