Entrepreneurs will need to keep that old chestnut of a phrase in mind when looking for the right place to launch a small business. And many more questions will inevitably follow:

So many factors go into scouting the perfect city for a startup. Here’s a sample of elements to keep in mind.

What makes a prime spot?

In a story for Forbes, Tom Post aimed to analyze the best startup spots for 2014. Instead of relying on government data, Post worked in tandem with San Francisco tech company Radius to analyze the most populated cities.

“The Radius database analyzes billions of data points about businesses in the U.S. each day,” writes Post. “From those data we can deduce unique insights about the communities that are most advantageous to small business owners. Based on our analysis of over 27 million U.S. businesses, we believe the next generation of small business owners will flock to cities not because of growing job rates and income levels, but because of community engagement and access to resources.”

All that and more helped to create the list of the year’s top startup spots. The No. 1 position went to San Diego, followed by Denver, Austin, Seattle, Portland, San Francisco, Dallas, Boston, New York City and Chicago.

Home is where the support is.

Yes, starting a new business in San Diego sounds fantastic, and anyone who has visited there likely understands why. But it may not be at all realistic. For a variety of reasons, many entrepreneurs may have no choice but to start a business where they live. But there can be advantages there, too. In a story for smallbiztrends.com, Drew Hendricks explores the importance of a support structure.

“Sure, you can move to Colorado, which ranks fourth in the country for the number of new businesses that are born there,” says Hendricks. “Or you could move to Virginia, which has the highest concentration of STEM jobs out of all 50 states. But are these right for you? Well, you’ve got to consider where you are currently. If you move to start your business, chances are, your friends and family aren’t going to move with you. Sometimes just working at a company can be stressful, so imagine for a moment the head-splitting, migraine-inducing stress you’d get from building a company from the ground up. That’s where the support of your friends and family come in. Having the support of those close to you is definitely a plus, and if you move to some state based off a list, you’re likely to lose that benefit in a bet that may not pay off.”

A story by Jenn Stanley for nextcity.org comes with this headline: “Not all cities are equal for entrepreneurs of color.” Stanley identifies several items that support this from such big cities as Boston (a report stating the workforce’s racial makeup does not reflect the population) and St. Louis (a report stating minority businesses are missing out on city construction jobs). A bright spot: the much-maligned Detroit. Stanley writes that a recent Techweek conference there brought together minority entrepreneurs and Detroit investors.

Sarah Schmid, writing for xconomy.com, says that shows some optimism for the Motor City: “… Detroit has a genuine opportunity to be the American city that attracts and nurtures minority tech entrepreneurs, offering a truly level playing field in terms of inclusion, availability of capital and other resources, and innovation.” An unidentified Morgan Stanley representative agreed with that sentiment in Stanley’s story: “One of the reasons we’re looking at cities like Detroit is that, when a city has gone through a crisis and now is in 2.0 mode, it’s an interesting opportunity to participate in that pivot. Chaos does create opportunity, and that opportunity can drive innovation and inclusion.” 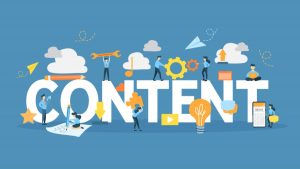