Never Underestimate the Potential From These 3 Surprising Sources


Every business has one or more employees that seem to take a back seat to the day-to-day machinations of business. Dutifully they perform as intended and do their best but are not looked at in times of need or expected to do much more. They are “the workers”.

For several years after he graduated from high school, George has been trying to find a full-time job. He attended college shortly but that didn’t seem the correct fit for him; he was more into “hands on” things. Of course his mom has known that ever since he was small; he has always been rather independent and stubborn.

In his younger years he joined the local Boy Scout troop. The troop’s elders saw glimmers of leadership emerging – but that’s what the Scouts do – teach leadership and values. He rose to the rank of Life Scout, but didn’t feel the urge to go for Eagle. Another opportunity lost? Maybe…

George now works full time as a valet at a local branch of a major auto dealership. What he likes most about this job is the opportunity for advancement. Needless to say, his family is proud of his efforts. His first three months of work has taught him diligence and responsibility, especially when called on to pick up the slack for a few of his coworkers.

One Saturday, he was the only valet working for a busy afternoon shift and had to hustle. When his mother dropped off lunch to him, George seemed a bit stressed. As good supportive mothers do, she mentioned this may be his chance to shine and show his supervisor what he could do. When he arrived home that evening, he was tired, but said he got several kudos from his coworkers in the service department, including his supervisor.

A few days later George purchased his favorite “pick-me-up” snack, chocolate covered roasted coffee beans, and brought them to work. He told Mom he took them to help the other folks he worked with when they lagged a bit on energy.

She didn’t see it that day, but he was, in his own way, looking out for other employees. What a concept to think about from Mom’s “little rebel”. She calls him that because of his rebellious streak in doing things his way, but even that could be interpreted as a leadership quality – used in moderation, of course.

It’s easy to look to George as one of the many “average” employees we come into contact with each day. The type of person that may have a difficult road ahead because he “lacks” the qualities needed to be successful. Sure he shows some sparks of potential at times but never gets past his own limitations. But is that the case?

How much untapped potential is being cast aside because no one else is willing to see it?

A Life Scout is the second highest rank in the Boy Scouts of America. Its requirements are: “Be a role model and leader in the troop, providing guidance to new scouts and helping the troop however he can. Being a good leader can only be learned by doing and troop leadership positions allow the scout to make decisions, lead discussions, and encourage others.” *

This sure seems like qualities any employer would want and the type of person that climbs the ranks in business.

Not finishing college shouldn’t be a detriment to future opportunities or capabilities. Proof in point; here’s a few people that failed to go to or finish college:

These business leaders were/are “hands-on” and take an active role in the daily operation of their businesses.

Being a college graduate is not a definitive measure of failure or success.

Lower level employees may not have the stature or breadth of knowledge of others but they still possess admirable qualities.

Too many “leaders” don’t show empathy or compassion for their coworkers. They’re “all business” and lead by intimidation. Fear of losing your job doesn’t provide long lasting quality work. But it does create resentment and an unwillingness to do more then asked.

An employee who builds his network from trust and credibility will step effortlessly into a supervisory role if it’s presented.

There are great employees all around us and leaders right under our nose. We must not limit our opinions of others for their lack of presence when they’re not given the opportunity to shine.

What does the future hold for George? Only time will tell. He possesses a skill set that is not easily seen but worth so much to the right company willing to embrace it.

Maybe George is the perfect example of “never underestimate potential” since it can come from surprising sources.

This article was inspired by an email I received from one of the most loyal readers of my blog and describes a true account. Thanks to Lisa Yetman for sharing her story.

As a customer service trainer, coach, author & speaker and known as the “go-to guy”, Steve uses his 20+ years of experience in the hospitality industry to help companies and their employees improve service, increase morale and provide the experience their customers’ desire.
His book “Earn More Tips On… View full profile › 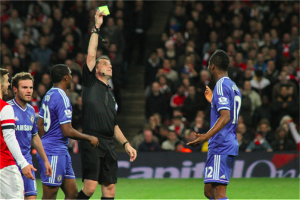 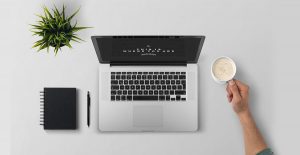 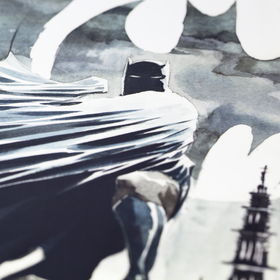 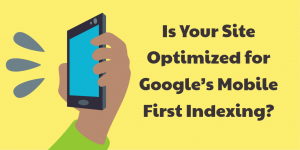 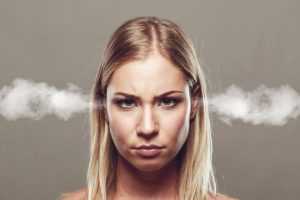