Have you heard about whiteboard videos or video scribing? If you have, you probably know that corporations and educational groups rave about them as visual media for teaching and training. Heck, maybe even your company or your competitors are using them.

Whiteboard videos are in fact very effective in improving the learning process. But the question we’ve been asking is, why are they effective? And how is it possible?
In this post, I’ll give you some insight into that.

In 2012, Dr. Wiseman recorded a video of himself explaining on a subject. Later, he created a whiteboard video using the exact same audio. He tested viewers’ memory after they watched one or the other, to see which one helped them learn the best.

You guessed the result correctly.

On one of the questions in Dr. Wiseman’s research, 92% of whiteboard video viewers recalled the answer correctly–22% more than those who had watched the ordinary video.

This is “simply because people are more engaged in the process,” says Wiseman.

We know that in order to remember something, you need to attend to it in the first place. If you haven’t got people’s attention, you’re not going to get the information in. I think what the animations do is hold that attention. They hold it in an incredibly engaging way.

More often than not, your audience will appear bored and will yawn during videos that feature safety talks, product demos, or generally anything with a hint of tediousness in it. The question remains: How can you win the attention of the people in front of you? How can you get information from inside your head to theirs?

One way would be to use whiteboard videos. (Though other options are available, depending on whose attention you’re trying to win.)

For instance, explainer videos (regardless of the animation style) are preferable for attracting a younger target market, whereas whiteboard videos excel in a more formal and strictly educational manner, such as for corporate training videos or seminars.

The second reason Dr. Wiseman gives is that whiteboard videos are fun.

How does that make any difference, you ask?

You do anything better when you’re in a good mood … creativity, productivity, learning. … One thing [whiteboard animation] does is make me laugh, and it puts me in a good mood … Suddenly, it’s not so much work. It not only makes them have a better time, more importantly it means the information is just going in.

You know it’s true: Your colleagues wouldn’t want to sit through another set of PowerPoint slides that seem to have no end. Like other types of visual content, whiteboard videos are better at making your audience feel more relaxed and the content more fun than PowerPoints or textbooks.

How could someone prefer a textbook of blabber about a product over this fun-looking video?

4. Whiteboard Videos (and Other Animated Videos) Spark the Will to Learn

So far we’ve learned that whiteboard videos are fun and engaging and they amplify the audience’s ability to recall information. Those are exceptional qualities. But get this: Just by making information visual by using animated characters, you can get not only your audience but virtually anyone to learn.

As quoted in research published by SafariMontage, a survey found that a whopping 92% of teachers agree that the availability of whiteboard videos and animated videos in general improved their students’ learning. It enabled them to be more creative in the classroom.

Here is the shortened explanation of why a whiteboard video is the best choice for corporate and educational videos:

What do you think about whiteboard videos? Are they viable for use in your next corporate meeting? 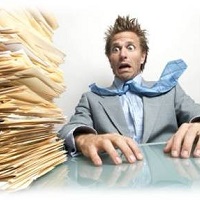 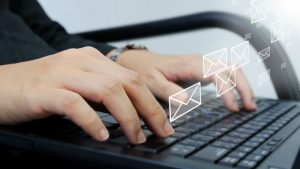 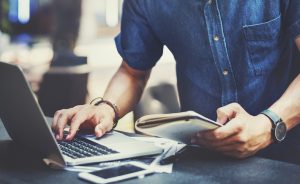