How To Detect Follow-For-Follow Abuse


Have you ever wondered why other Instagram or Twitter users start following you although you might not have an impressive account with lots of high-quality content and only use your channel for the occasional photo of your Saturday night out on the town or an extra picture-worthy self-made meal? Well, the reason is probably not because these users admire your content so much, they rather want to increase their group of followers. Following others with the intention for them to follow back, also called follow-for-follow, is a common strategy used across Instagram, Facebook, Twitter, and the like. With the increasing interest in and success of influencer marketing, the need for an extended reach becomes more and more urgent, giving rise to manifold strategies for expanding one’s followership.

A commonly used method for gaining followers is to follow other channels. It might sound irrational at first, but think about it: The more people a user follows, the more people actually become aware of this user’s channel. This method is about spreading consciousness of one’s channel across the social platform. While it can be, in fact, a way to discover new channels, most people who use this method are mainly doing it for their self-interest: The person will unfollow you after a short amount of time, no matter if you follow back or not. When using this method, such user relies on you not even noticing that the person unfollowed you while you stay a long-term follower of the channel.

For brands, however, this tactic provides considerable advantages. A brand channel could go to the follower list of a competitor and follow those channels. It is highly likely that users will follow back if the brand channel has similar products, content quality and resides in the same sector as the brands they already follow. This works especially well for smaller brands that want to increase their popularity – they basically use the followership of a larger, similar brand to build their own follower group. According to an informal study by Shopify, the combination of following, liking and commenting will result in an even higher followback-rate of 34% compared to following alone (14% followback).

HOW TO DETECT THE USE OF FOLLOW-FOR-FOLLOW METHODS

In most cases, it is not obvious that a user uses follow for follow to increase the follower group. The use of hashtags like #followforfollow, #follow4follow and #followme can be a first indicator, but not every channel labels the use of such methods with these hashtags. One would have to take a look at the changing following numbers displayed on the users Instagram channel constantly to detect major changes in the following numbers. An in-depth analysis with a focus on the daily follower changes is a reliable source for determining whether a channel uses follow-for-follow strategies.

The example below shows a steadily growing Instagram channel. The channel’s content, however, is mediocre if anything, shows no clear structure regarding the topic and the pictures are of low quality.

Nevertheless, this user gets a massive amount of likes for his pictures and has a group of more than 200k followers. In cases like this, one might wonder how this follower metric was achieved in consideration of the content quality. One explanation would be the purchase of fake followers. However, the daily follower changes of this account suggest the use of follow-for-follow strategies since channels using this method usually have striking changes in the number of channels they follow themselves.

Typically, the user follows loads of channels on a certain day and unfollows them as soon as those channels have followed back. Thus, both the follower and the follows number show remarkable shifts: The follower number increases steadily, whereas the following number increases on one day and decreases again a few days later. As we see, most followers do not notice that the person unfollowed them and they themselves stay followers of the channel.

There are numerous websites out there that offer services to facilitate follow-for-follow. In contrast to those websites selling followers, the follow-for-follow websites operate a bit differently: They basically are exchange systems – when following a channel, the user receives coins which the user can invest to get followers.
In its terms of use, Instagram explicitly forbids the participation “in any ‘like’, ‘share’, ‘comment’ or ‘follower’ exchange programs”, making it highly likely to get banned when using such automation services. Twitter acts in a similar manner, prohibiting “any application that allows for the following or unfollowing of user accounts in bulk or automated manner […] Accounts and applications that engage in this practice will be suspended.” Furthermore, regarding follow-for-follow services, Twitter states: “These programs may ask for payment for followers, or ask you to follow a list of other users in order to participate. Using these is not allowed according to the Twitter Rules.” Facebook hereof clarifies that “using misleading or inaccurate information to artificially collect likes, followers, or shares is not allowed.”

THE DOWNSIDE FOR INFLUENCER COOPERATIONS

Follow for follow methods do, in fact, raise awareness of channels, whether on Instagram, Twitter or Facebook. We have probably all come across a channel only because the user followed us. Therefore, the method does, at least partly, facilitate the discovery of new channels for those interested in finding accounts that fit one’s fields of interest.

Nonetheless, oftentimes people just follow back because they have been followed, probably without even looking at the channel that just followed them. These followers have no interest in the channel’s content and do not bond with the channel in any way, resulting in an inauthentic followership. They will hardly ever turn into solid followers – instead, they are likely to unfollow after a certain amount of time due to lack of personal connection to the channel. Thus, the follower group consists of ever-changing followers and only very few long-term followers, making building a real community impossible. Both users and companies should be aware of the fact that these follow automations are applied on platforms like Instagram, Twitter and Facebook despite infringing the platforms’ terms, making most of these followers emerging from this method more invaluable than regular, authentic followers. Companies, in particular, have to keep this in mind when considering a cooperation with an influencer. Though the metrics might seem promising at first view, the outcome in terms of conversion might not be worth the money. 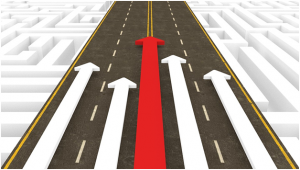 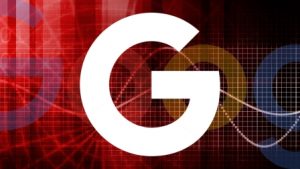 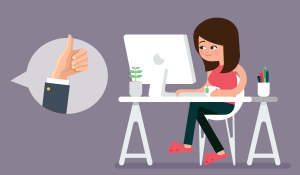 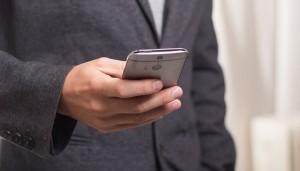