You may have heard of Dollar Shave Club, a startup company that sells monthly razor subscriptions for $ 1. In July, the company was acquired by Unilever for $ 1 billion US.

Michael Dubin, the founder of Dollar Shave Club, started the beta website for his company in 2011.

I ran it from my apartment—it was totally bootstrapped—proving out the concept before going out to get some investment.

The idea that led him to start his own company was very simple: solving a problem for guys. The problem that Dollar Shave Club was trying to solve was simple: the frustrating experience men have when trying to look clean and shaved. This includes going to the store, parking your car, and finding the right razor, and then doing it again a week or two later.

To test how the public would react to this idea, Dubin funnelled his company’s early dollars from the beta phase into creating a video, which you’ve probably seen more than once.

After Dubin launched the video in March 2012, the first couple of days were a total disaster for Dollar Shave Club’s IT team.

The site crashed because of the traffic, and the video had gone viral, and we ran out of inventory in the first six hours. And I mean, you know, I blocked a lot of that out because it was a very trying, difficult time to get through.

Dollar Shave Club’s first year was incredible. Though the company started out in Dubin’s apartment with a bootstrapped budget, it made $ 4 million revenue.

What’s more shocking is how they got more than 400% more revenue in 2013, around $ 19 million. This revenue grew constantly and rapidly, and in 2014 Dollar Shave Club closed their year with $ 65 million.

Dollar Shave Club is now on the $ 100 million+ annual revenue run. It’s quite unbelievable, because when Dubin was asked how professionally made the video was, he answered:

For basically next to nothing, Dollar Shave Club skyrocketed to “billion-dollar company” status in short 4 years.

Of course, the video was not the only thing that brought the company to this point. However, it’s undeniable that the explainer video drove a massive amount of attention to Dollar Shave Club.

Some of the 23 million viewers signed up for Dollar Shave Club’s tempting $ 1/month subscription for blades, which they claim are “f****n great,” and through their responsive customer service and ongoing focus on social media marketing, Dollar Shave Club created an army of brand ambassadors who endorse them for free.

That’s how they can afford to charge a mere $ 1/month. (Big brands like Gillette, on the other hand, have paid billions for TV spot, brand ambassadors, and front-shelf placements in multiple stores.)

What can we learn from Dollar Shave Club’s explainer video?

It exploded because it was funny

It was funny and it told the story well. There are millions of funny videos on the internet, but Dollar Shave Club’s explainer video was one among few that told a relatable story and served a real purpose.

It managed to be emotionally relatable for most of its target audience (males) because it understood their enormous frustration.

On top of that, Dollar Shave Club created highly shareable social content that relates to conversations people might have during their lunch break or night out at a bar.

A great explainer video doesn’t have to be expensive

Michael Dubin spent only $ 4,500 for Dollar Shave Club’s explainer video. He and his team managed to achieve the perfect mix that makes an explainer video explanatory and entertaining at the same time.

This comes back to the concept of their business. Because Dollar Shave Club directly confronts a daily problem their audience has, it’s not as hard as for them to be emotionally relatable as it is for a B2B company, such as a corporate security provider company.

If you (and the company you hire) are creative enough to make a dull topic relatable to its target audience, then you don’t necessarily need to pay more for the explainer video.

An explainer video is a gateway piece of marketing content that will drive more customers to your conversion funnel. However it doesn’t work on its own.

Even the amazing ones, like Dollar Shave Club’s video, still need responsive customer service, a high-quality product, and a competitive price to ensure business success.

But when everything is done with precision and in sync, significant success waits for you, just like Dollar Shave Club has achieved.

If you’ve always wanted to get an explainer video for your company, here’s your wake-up call. 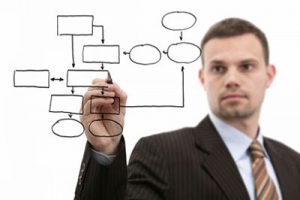 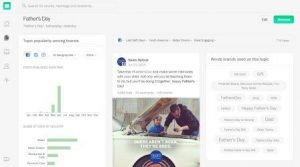 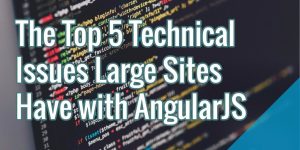