Altcoins: 5 Cryptocurrencies You Should Consider Besides Bitcoin


Bitcoin has been killing the cryptocurrency business. With a value soaring to more than $ 19,400 in December 2017 — close to a 2,000% increase from January 2017’s numbers at $ 900 — it is the most successful cryptocurrency yet. However, with its growth comes its problems. More and more government agencies are now looking into the high risks of Bitcoin (BTC), its safety and effects on the financial market. China is even cracking down on crypto miners operating in the country, imposing plans to limit the power use of these mining pools. Then there’s the issue of its stability and volatility, with many experts warning of its crash soon.

According to Jeremy Grantham, noted investor and co-founder of Boston-based investment management firm GMO, Bitcoin is a bubble and will be going down soon. He predicts that the currency introduced in 2009 will crash even before the market reaches its peak.

“This is a true, crazy mini-bubble of its own I expect,” Grantham told clients in a letter earlier this month, notes CNBC.

“Historical analogy suggests this junior bubble, by size, may well crash and burn even before the broad market peaks.”

With these setbacks, add to it the hefty price it entails to invest in the pioneering online currency, many are looking at alternatives to the Bitcoin. Is there any other crypto worth venturing into? Thanks to the FinTech gods, there are several other currencies that are worth considering before jumping in on the Bitcoin bandwagon.

Ethereum, the third largest cryptocurrency in terms of market capitalization, is posting incredible growth the last 12 months. Established in 2015, the system is mainly developed as an open software platform that can run decentralized applications. It uses the same blockchain system as Bitcoin, with miners earning Ether as the tradable currency used of transactions.

“Ether is like a vehicle for moving around on the Ethereum platform and is sought by mostly developers looking to develop and run applications inside Ethereum,” Investopedia explains.

Launched shortly after the Nakamoto-built currency, Litecoin (LTC) offers a similar service to its predecessor — a fully decentralized payment network secured by mathematics. However, unlike the online currency developed by Satoshi Nakamoto, Litecoin offers a faster transaction process through an accelerated block generation rate.

Several merchants and companies have adopted the use of the currency already, including Overstock.com and Uber.

“Litecoin is finally benefiting from the broader interest in cryptocurrencies and I see no reason, despite still being very early stages, why the price cannot eventually match or even surpass Bitcoin’s price over time,” entrepreneur and tech investor Oliver Isaac told Metro UK.

Promising to be the fastest and most scalable digital asset for real-time global payment settlement, Ripple’s XRP is now the second largest cryptocurrency based on market capitalization. It is mainly built for enterprise purpose and is now being used by several financial institutions, including Cuallix bank. An October 2017 announcement also noted Bank of Tokyo-Mitsubishi UFJ, Mizhuho, and Credit Agricole as users of the network.

While its employment of banks are frowned upon by crypto enthusiasts, claiming that XRP goes against the very idea of online currency which is being decentralized, working with this institutions give it more credibility and legitimacy. Something appealing to low-cost investors.

XRP started at $ 0.006 in 2017 and a year after it has surged to a value of $ 3.38 — an increase of more than 50,000%. However, XRP cannot be mined unlike Bitcoin and other altcoins. Instead, it aims to distribute its currency via incentives for certain network behaviors.

Zcash was launched in 2016 and is one of the newer altcoins available in the market. Similar to BTC, it is a decentralized peer-to-peer payment network, but it offers more privacy and security. It defines itself as the “HTTPS to Bitcoin’s HTTP.” All transactions are still published on a blockchain but the sender, recipient, and amount are kept private.

Right now, Zcash is 21st among all cryptocurrency in market capitalization but has been posting great growth. In the last seven days alone, it has surged by 73.14% to $ 850.00. Starting at less than $ 50.00 last year, it has hit its highest at $ 890.00 this 2018. With a trend that’s climbing up, this altcoin is expected to continue growth this year.

Unlike other online-based currencies, IOTA isn’t using the blockchain system. Instead, it created its own platform, Tangle, which is a blockless distributed ledger which is lightweight and allows transactions without any fees.

“IOTA enables companies to explore new business-2-business models by making every technological resource a potential service to be traded on an open market in real time, with no fees,” its website explains.

Currently, IOTA has partnered with Cisco Systems Inc. and Samsung to create a data marketplace which can be monetized. This is predicted help IOTA’s popularity and ultimately, its value.

Irfan Jafrey is the CEO and Founder of Roosterly, a social media A.I. and marketing platform that’s changing how executives interact online. Prior to Roosterly, he founded digital performance marketing firm Adrevenu, after being an integral member of the DoubleClick SEM team prior to and through their acquisition by Google.… View full profile › 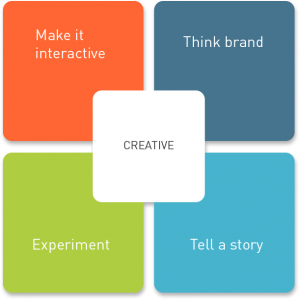 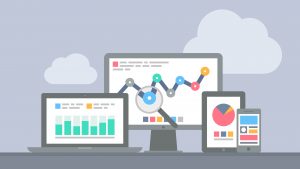 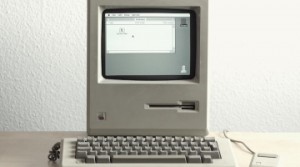 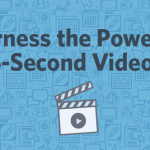 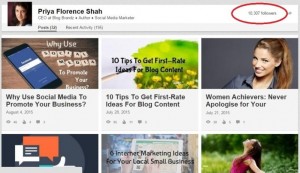 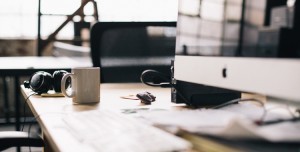