There is so much writing advice out there. The problem with most of it is, however, that you can’t just apply it. It takes weeks, sometimes months, to learn how to correctly using metaphors, storytelling, and most other tricks.

That’s not what we’re after! We want tricks that will work almost immediately, don’t we?

Well, if that’s your mindset, then you’re in luck. There are tricks that you can use that will make your writing better, and they only take minutes to learn. And here I’m going to teach you a couple. Are you excited yet? No? Well, you’re a hard one to please!

Let’s see if you feel differently by the end of the article, shall we? You just might!

The rule of three

We like threes. I’m not exactly sure why, but it’s true.

And, of course, I just had three examples (did you notice that?). Use this simple rule in your writing. Use three words. Give three examples. Add three adjectives.

Of course, you don’t need to go overboard. But when you’re trying to figure out how many ideas to discuss, all things being equal, go for three!

In the world of printed text, every extra line costs money. We’re no longer in that world anymore. Because of that, we can use the enter key more liberally.

There are two great ways that you can use that blank space.

The first one is to divide up ideas. Use shorter paragraphs and only discuss one or two ideas per paragraph. Then give it a hard enter and start in on the next idea.

This will allow a person who is reading your text to automatically understand that you’re now starting in on a new idea (subconsciously, as people understand that very quickly). And this allows them to empty their working memory and start again.

The second one is to insert emphasis. If you’ve got an idea that you feel needs a bit of extra oomph, leave it on its own line. The white space that surrounds it will make your audience more aware of it, and you will be subconsciously giving it a bit of extra weight.

And that will make your statement all the more effective.

Learn to use short sentences. They make whatever you’re writing much easier to understand. You see, as I mentioned before, we’ve got short working memories. We can keep something like 7 items in there. That’s not a lot.

The thing is, a full stop allows us to clear our short term memories and move into something like ‘deep storage’. And so, if you can use shorter sentences, you will make your text far easier to read.

And though ease of reading isn’t the same as being a more engaging writer, it’s pretty darned close.

Want a way to know which sentences are stretching too long? Then try using the Hemingway writings App. It’s free and you can throw your text straight into it. It will then highlight your difficult or really difficult sentences, as well as point out other problems.

As an extra bonus, it will tell you what approximate grade level your readers would need to be in order to read the text you wrote.

Get other people involved

As a writer, it’s vital that you talk to other people about your writing anyway. So why not use them to make your writing better? Engage in conversations with other writers and ask them for feedback, offering them feedback of your own on their writing.

This will hopefully give you valuable advice and also create a relationship with another blogger – something that can be incredibly valuable down the road.

Don’t just stop there. Also, improve your writing with social media by building up a good network of people on your different profiles and platforms.

Do you know the difference between a decent writer and a great one? It’s editing. No piece of writing is going to be perfect on a first write through. You’ll never be able to get your voice on the page perfectly that first go.

So edit your text. Then edit it again.

Yes, this will create extra work, but it will make your text better and have one other big advantage: It will make you a better writer. You’ll see what you could do differently. If you repeat this process often enough, sooner or later you will start to do it automatically.

And that’s where you want to be.

I know it’s can be tempting to do your writing right at the deadline, but don’t wait until the last minute to write your text. Instead, let it sit for at least few hours (preferably a few days).

Why? Because this will give you time to forget what you were trying to write, so you can see what you actually wrote.

Often, just giving a text a few hours will let you see stupid typos and grammar mistakes that otherwise might have slipped straight through. And all that you needed to do was to write the text a day earlier and sleep on it.

Now that’s not so hard, is it?

It is immensely easy for people to criticize your writing. It will happen all the time.

The problem, of course, is that raw feedback can hurt. It can hurt a lot.

So how do you deal with the critics? Should you just ignore them?

Not quite, because you’d be losing a valuable source of feedback. Instead, I ignore them unless I hear the same criticism from different sources several times.

In this way, you insulate yourself from the trolls, while still getting useful feedback about how to make yourself a better writer.

Here’s the bad news: Writing is a skill.

But they can help. And in doing so, you can develop a newfound enthusiasm for what you do, which will push you to write more.

Because in that way, you’ll give yourself space and the time to practice your writing. This is exactly what you need to actually learn to excel at this profession.

Trust me, I’ve nearly stopped on countless occasions (and, often enough, did – at least for a time). But then I’d read something like this, find something I could use, and started writing again.

I kept at it, until I am where I am today – a professional writer who can work in my underwear from the couch.

Okay, that didn’t sound quite as inspirational as first I imagined it. Maybe it got you a little excited, though. And if that’s the case, then I succeeded in what I said I would do in the introduction.

So at least there’s that! 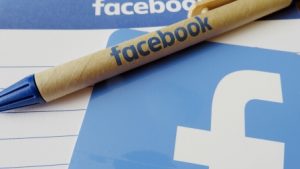 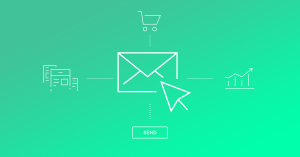