It’s no secret that Twitter is an online marketing maven. In fact, a quarter of U.S. marketers run videos on Twitter. The social media platform can open a powerful dialogue with your audience, update your customers on the latest company news, provide customer service, and more!

Your business likely already has a Twitter account, but are you using it to its fullest potential? Your Twitter feed should be a picture-perfect representation of your company’s desired image. It can be easy to make little mistakes on this social platform, which can add up to create a messy image. Here are six common mistakes on Twitter and strategies to avoid them. You’ll be on your way to creating a follow-friendly feed in no time!

Hashtags can be tricky for even the most seasoned Twitter pros. What should you be hashtagging? How many hashtags should you use? Should you be jumping on every fun hashtag bandwagon?

Perhaps the most common Twitter mistake is not using hashtags at all. Hashtags are the easiest way to reach a wider audience. Any Twitter user can search a hashtag to find related tweets (or Twitter updates), which means more impressions and engagement for your content!

But hold on – don’t get too excited and start #hashtagging #every #word. Too many can look messy and may be a turn-off for potential followers. Every single tweet does not require a hashtag, but make sure to include one, two or three where you deem relevant. Instead of joining every trend, find a hashtag relevant to your business and stick with it. You can even create a business-specific hashtag for your business. That way you can check the hashtag to see what people are saying about your brand. It’s an easy way to inspire conversation with your followers!

Make sure you use your business-specific hashtag consistently so your followers can get an understanding of your message! Misspelling the hashtag, or switching it up too often, will be confusing for your audience and looks unprofessional. Take a look at your favorite companies for examples of branded hashtags. For instance, KitKat often uses #HaveABreak in their tweets and replies.

Twitter has a live feed of trending hashtags. If you see one that pertains to your business, don’t be afraid to jump in! Hundreds of thousands of Twitter users check the trending hashtags daily. Pay attention to these hashtag trends and make sure your company opinion is seen by thousands.

Due to the sheer volume of tweets on Twitter, your audience is not likely to see all your posts. Brainstorm 3-5 ways to communicate the same message and schedule updates for different times of day to raise the likelihood your followers will see them. At the very least you should be tweeting once per day. If you go too long without posting, your audience may lose interest and unfollow. In fact, 15 percent of Twitter users unfollow a business within 3 weeks if they feel the brand doesn’t make a strong effort to engage.

If you’re worried about keeping up with a consistent posting schedule, tools like Hootsuite and Twuffer allow you to schedule tweets in advance. Make time to draft, proofread and schedule your tweets for the upcoming week so you won’t have to worry about tweeting every single day! Not sure when to tweet? You can experiment with tweeting at different times during the day to find what time garners the most engagement with your audience. Monitor your Twitter analytics closely to get a better idea of what works for your brand. 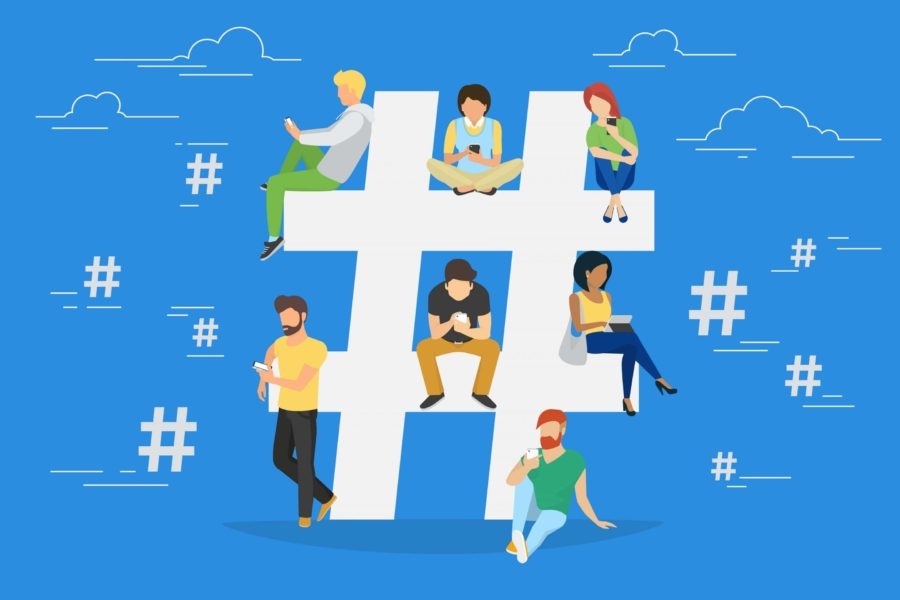 You might assume that your followers are only interested in hearing about your latest blog post or press release. That may be true to an extent – they did choose to follow your business profile, after all! But a balanced Twitter presence requires more than just advertising.

Think about Twitter as an ongoing party with all of your followers as friends. You wouldn’t walk into a real-world party and start shouting about how great you are. Or maybe you would! Your friends would indulge in your behavior for a while, but they would eventually grow tired of hearing about your latest accomplishment and leave.

It’s tempting to throw in little promotional facts about your company in a neat 280-character package on Twitter. It’s great to feel enthusiastic about your company, but if your feed is 100 percent promotional content your followers will soon become bored. Instead, try the golden 80/20 rule: 80 percent of your feed should be content that is relevant and/or “infotainment” (important information that entertains as well) to your readers. The other 20 percent can be about your company specifically.

The potential for retweets skyrockets when people read something that they thought was awesome. In fact, 80 percent of Twitter users retweet news, while another 60 percent retweet instructional or entertainment posts. Get creative with your content! Find fun videos, graphics and articles to keep your followers engaged. Be mindful to create the type of content your audience would be interested in, even if it is not immediately beneficial to your business. It will help you in the long run!

All social media platforms were not created equally. Twitter and Facebook are two completely different animals and need to be treated as such. For example: Facebook posts are allowed 5,000 characters. Twitter gets 280. If you’ve written a lovely 1,000 character Facebook post, it’s not going to show up well on Twitter. You will have cut off words and no call to action. This leaves your feed looking messy and unprofessional. Yikes!

At first glance, linking Facebook posts to your Twitter feed seems like an easy way to generate content. Cross-posting is a quick shortcut that allows you to have content on both platforms and makes social media management, well, manageable. But as most of us know, taking the shortcut because it’s easy doesn’t mean it’s the best route. In this case, just say no! This type of social media management can wreak havoc on your company reputation. How?

It may be tempting to cross-post your Facebook posts to Twitter (or vice versa), but doing so demonstrates a lack of understanding of the inner workings of social media. Sure, it may be easier to tweet a link to your latest Facebook post, but how many people want to click on that? What about the section of audience members who already follow your business on both platforms? They don’t want to see the same content twice! The last thing a customer wants to see on Twitter is “I posted a new photo on Facebook.”

If all Facebook posts are automatically posted to Twitter, then the chances of you responding to messages, retweets and comments are about zero. Your audience understands this and is less likely to engage with your content. Twitter was created to reach customers faster and in real time. Don’t cheapen that valuable asset to save yourself a minute or two.

Though social media platforms may serve the common purpose of communication, each platform is unique and requires separate content. Social media-savvy users are quick to identify instances of cross-posting and are likely to be turned off if it becomes a habit. You should aim to tell a different part of your brand’s story on each social media platform. Your audience will appreciate the effort! 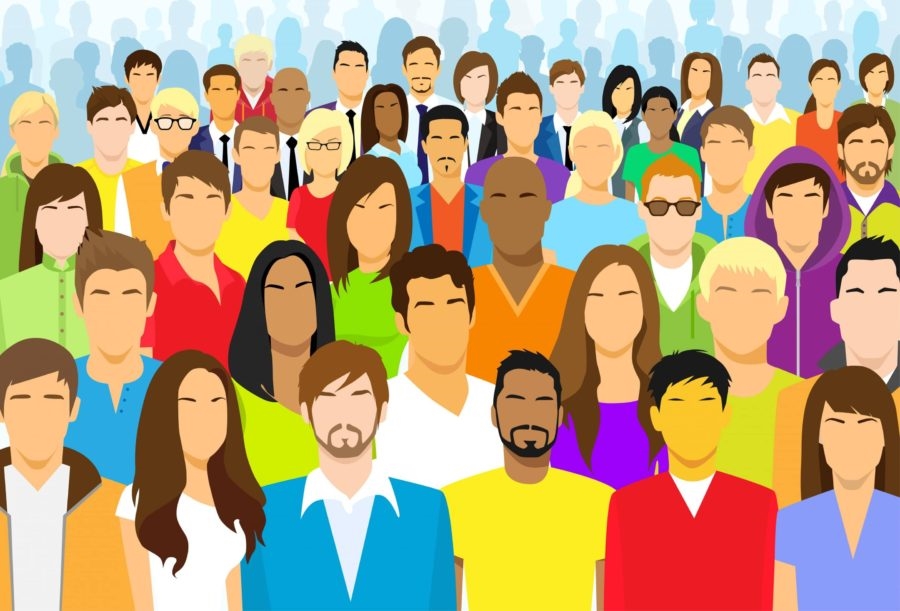 Businesses often forget the “social” aspect of “social media.” Though Twitter is a great way to raise awareness for your brand, it is primarily a platform for connecting with other people. The funny thing about social media is that it requires you to be social with your audience. Engagement is a two-way street. Don’t leave your audience feeling ignored and unappreciated!

“Like” responses from your followers and don’t be afraid to retweet if one of your followers has a particularly intriguing observation. Reply to comments as you deem appropriate. Identify followers who routinely engage with your content and start a dialogue with them. From a consumer perspective, it is flattering to be remembered by a business profile. If you want to go above and beyond with your social media presence, try to remember personal details and call your followers by their names. Take time to get to know your audience on a personal level and they are more likely to become long-term fans of your brand.

Take the official Wendy’s Twitter feed, for example. Wendy’s has developed a reputation for responding to its followers with witty remarks, which as in turn garnered media attention for the brand. 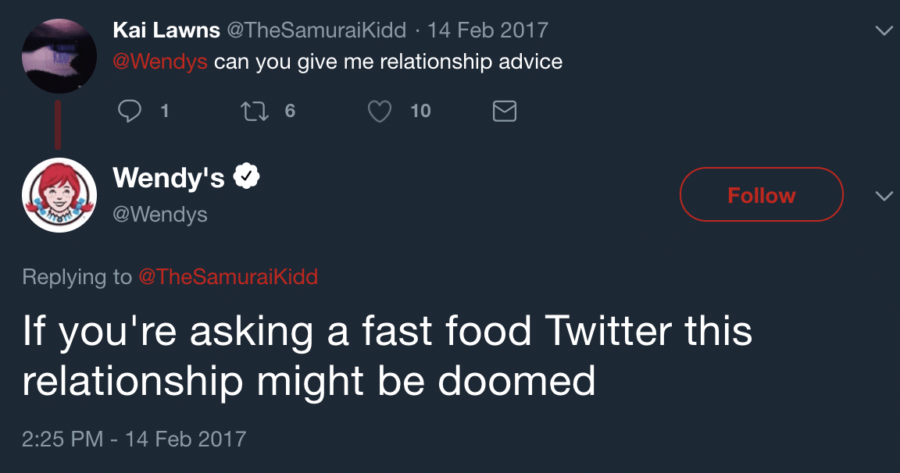 Don’t be intimidated by Wendy’s success – you don’t need to start roasting your Twitter followers for attention. Simply find a brand voice that you’re comfortable with and stick with it. If you only treat Twitter as a place to dump blog posts and newsletters, and you seldom interact with your followers, you will never reach your full potential. Take a few moments every day (or even a couple of times a day!) to log onto your social media accounts and actually be social!

Now that you understand these common mistakes you are on your way to a stellar Twitter presence. 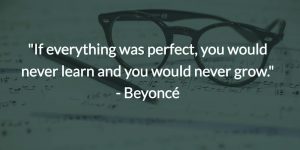 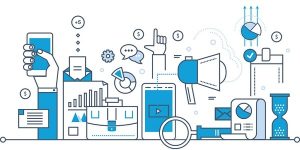 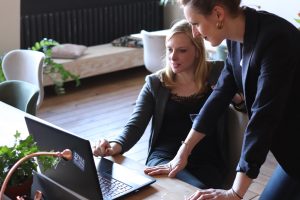 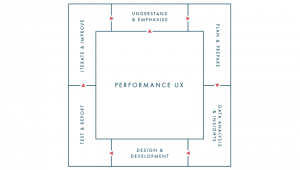 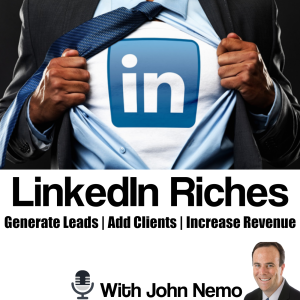 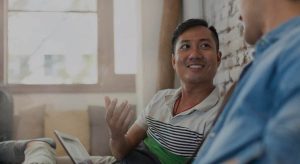 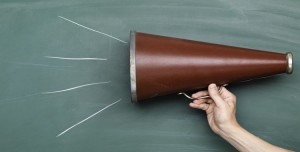