Columnist Andrew Waber digs into the results of a recent study that aims to give online marketers some insight into planning their holiday advertising strategies. In 2014, consumers demonstrated striking differences in their online buying behavior during the holidays compared with the rest of the year — a trend that is likely to continue in 2015.

The latest study, published as part of my work at Nanigans, examined a year’s worth of Facebook advertising and corresponding same-day purchases across more than a hundred e-commerce brands.

While the report explores a number of important trends, the most impactful takeaways for online marketers are explained below:

It’s no secret that mobile has grown in importance, but one place where desktop still reigns supreme is purchases — particularly outside of the holiday shopping season.

From January through October of 2014, 15 percent of mobile purchases were completed the same day a user viewed or clicked on a company’s Facebook ad. That share ballooned to 36 percent from November through December.

If you’re an online retailer who is hesitating to commit to advertising on mobile, the holiday season is likely the best time to achieve positive ROI. However, as part of constructing the overall campaign strategy and spend allocations, keep in mind that desktop is still where consumers tend to make the most purchases, regardless of the season.

2. The Highest Share Of Purchases Are Driven Between The Hours Of 9 AM And 11 AM ET, Regardless Of The Season

While there are many differences between the holiday season and the rest of the year, one thing that remained nearly constant throughout 2014 was the volume of purchases by time of day. Year-round, consumers drove the highest percentage of purchases between 9 a.m. and 11 a.m. ET.

The near-stubborn consistency in purchase time presents a tremendous opportunity for advertisers.

In advance of the holidays, test ad creative and bid strategy to maximize purchases during those late morning hours. That way, you can gain useful insights on driving similarly timed purchases from your target markets when the shopping season begins in earnest.

In contrast to the level of continuity observed on a time-of-day basis, the days users chose to purchase fluctuated considerably between the early and later portions of the year. What helps drive this change? Outside of the holiday season, consumers are more likely to make purchases for themselves — a motivation that lends itself more to impulse-style shopping that can be done as users browse at work.

Of course, during the holiday season, most purchases are made for friends or family, likely requiring a greater degree of thought and time to complete. As such, it’s reasonable to assume that consumers value the extra time they have on weekends to carefully consider their gift choices.

For marketers, the data underscores how valuable weekends can be during the holiday season. In order to best capitalize on this increased purchase activity, consider restructuring holiday bidding and budget allocation so it weighs more heavily on Saturdays and Sundays.

4. During The Holidays, Desktop Purchase Rates Rose 182% And 233% From Non-Holiday Levels For Females And Males Respectively

It’s not a surprise that purchase rates go up during the holiday season, but by how much? Desktop purchase rates nearly triple from the non-holiday period.

Of course, increased purchase activity helps drive ad prices higher on Facebook during the holidays. However, it’s still worth boosting your ad spend, as the dramatically higher purchase rates can spur significant ROI.

While the data analyzed here was only representative of Facebook ad spending and subsequent purchases, these behaviors can reasonably be used to inform strategies across other channels. 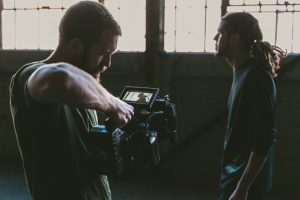 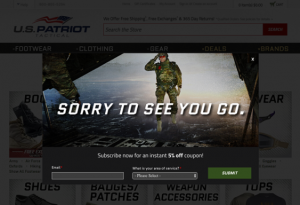