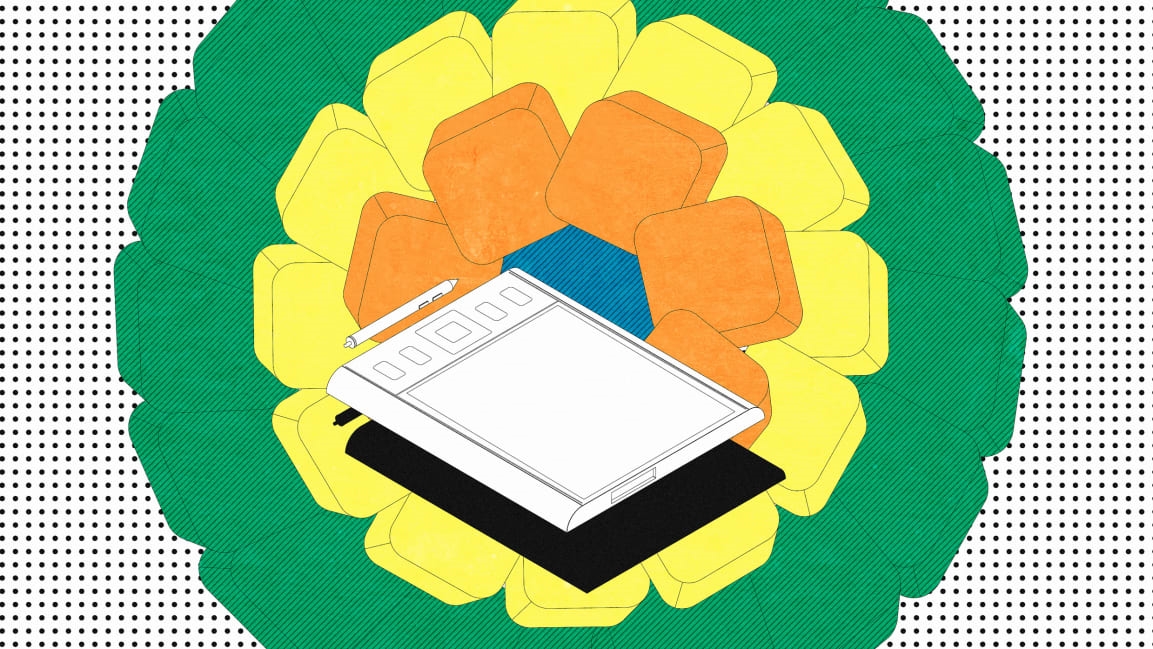 There’s no doubt that technology has transformed the design world. While much of the design process used to involve hands-on work with X-Acto blades, Cow Gum, and French curves, it’s now evolved into a largely digital-driven industry. Apps of all kinds have digitized the functional elements of a creative studio: Dropbox in place of a filing cabinet, Slack in place of a quick call.

While it may seem that the litany of apps could potentially overwhelm a project or even stifle creativity, a handful of them have risen to the top of the design world’s list—for productivity, inspiration, and communication. We asked designers, illustrators, and creatives from around the world to share their go-to apps. Here are 22 they told us they can’t live without.

The responses have been edited for length and clarity.

The first is Things, a task management and productivity app. I find it super useful to manage my days, weeks, and months as far as organizing projects both professionally and personally. It’s native to iOS and macOS and keeps my mind clear and my desk clean.

The second is RightFont, which is a professional font manager for macOS. It’s intuitive and easy to use and has the ability to auto-activate with Adobe software such as Illustrator or InDesign. The dynamic font preview tool is also useful for comparing various typefaces with one another. It makes managing and installing fonts a smooth and enjoyable process.

My most useful work app would be Dropbox. I keep all my work files and photos saved there, and it keeps multiple older versions of every file saved so I can go back if I overwrote something by mistake.

Insight Timer is my go-to meditation app for goal setting, affirmation, and staying optimistic. I don’t consider myself a spiritual person but I believe in the power of the mind and visualizing success—just like athletes do. I’m happy to report that great things keep happening to my career as a designer and an artist.

I don’t know how to work or live without Todoist! [With] all my work and personal to-dos in one place and also connected to my calendar, my mind is at rest and I can focus on designing. I have “Work This Week” for priority jobs and “Work Bucket” for jobs that need doing but have no deadline (e.g., PR, website update, find art residency).

It sounds funny but my go-to app is really just Spotify currently. I can work from anywhere at this point, and I can work both digitally or even with raw essentials—paper and pencil are easily accessible anywhere. The only thing I can’t work without is my music library!

One of my favorite apps for inspiration is, in fact, Tumblr. I’ve remained loyal since 2010, and while the app has seen its ups and downs, from a design inspiration standpoint the sheer quantity of content, images, posters, archival documents, colors, textures, and text helps to keep my creative juices flowing.

My photo editing is done through Lightroom. I also use Do You Travel presets to give my pics a little added punch. I use Retouch for quick photo edits like removing stray lines or random objects from pics, and I use InShot for any simple video editing like splicing clips and speeding up footage.

My go-to app would be Behance! It’s a great source of inspiration because not only can you see a range of amazing work from various artists covering multiple disciplines, but you are able to watch in-depth livestreams which show a creative’s design process and methodologies. You really get a sense of the individual behind the work. Streams on Behance like Adobe Live are a perfect example of this! As well as being a freelance designer, I also have the privilege of being a host on Adobe Live. This gives me the opportunity to speak with creatives from different backgrounds and upbringings. This can certainly provide inspiration and influence within my own practice.

VSCO and my photos app go hand in hand. As a designer and illustrator, I often get inspired by the colors, scenes, and composition of the world around me. I capture photos often and edit them in VSCO, which allows me to really bring photos to life with their filters and editing options, like bumping up the saturation and adding some grain.

I use Adobe Illustrator as a daily tool for poster and logo creation. It’s a very versatile tool that helps me achieve very complex designs and have fun in the process. It helps me as a designer/human in the way I can play around with shapes and generate striking pieces and patterns that can be used in lots of formats.

I use Notion to order and control the flow of existing tasks or tasks without a start date or deadline.

Amongst my notes and camera apps, TikTok (and its “For You Page”) is a constant scroll of new, unexpected, and richly authentic perspectives, sandwiched between current world events, tear-inducing stories, and, of course, the occasional meme. Yes, it can turn into procrastination (we’ve all been there), but I truly believe many of the next top creatives are utilizing the platform and pushing it to be something far beyond the initial intention. Personally, I’m not there for “design inspo,” but instead open the app with a creative project top of mind and leave with a fresh outlook that I believe feeds back into the work and keeps it culturally relevant.

My current go-to app is Procreate for the iPad Pro. Seeing as I mix traditional and digital mediums, pen and ink has always been my preferred medium. I’m from the old-school era of designers who used light boxes, tracing paper, and scanners to create illustrations. Since switching to Procreate about four years ago, it has helped a great deal in bridging the gap in the process I was used to for executing my artwork. I find that I produce at a much faster rate now as I directly sketch/ink in the app, replacing the process of sketching, inking, and touching up on a light box or tracing paper; scanning; then transferring to either Photoshop or Illustrator, which I had been accustomed to for so many years.

I admit I’m not the most app-centric type, but I will say that I love my Notes app. I have notes for basically every avenue of my life ,from meeting notes to TV shows I want to start to Wordle guesses I’m sitting on. It’s chaotic, but it’s all there.

There are only a few primary apps I use (other than the ubiquitous design software) worth noting. The main one would be Are.na. I use this as a research tool for projects—mostly as private channels, but a few that are public. It allows you to gather not only images but documents, text, links, sounds, etc. There’s also a bit of community involved that you can tailor and isn’t based on an algorithm.

Apple Calendar is synchronized with my Google account, my phone, and my computer, so I have my schedule very organized. I think this is a very important point in my day as a freelance designer in order to focus on work, complete my tasks, and have a life-work balance.

I use Pinterest for quick inspiration every day. What I like best about Pinterest is the strong visual associations, but I’ll say my fave for this are some websites like Savee (they should make an app!), The Brand Identity, or Fonts in Use.

Instagram is a great source because it has been used by designers to showcase their portfolio/works. I follow a lot of creative individuals, and they all have different design approaches, so the pieces shown on my feed have a range and have mixed styles, from mild to wild ideas! Looking at the best works isn’t just to gather inspiration for my next work, but it has become a motivation that I can also do more great things that other creative individuals would be able to take inspiration from.

My go-to app would have to be InDesign. As much as I would love to work exclusively on an iPad (I love the idea and simplicity of it), it’s InDesign that keeps me attached to my MacBook. Besides being the only full-featured app to lay out books and magazines on, it’s the perfect blank canvas to throw ideas onto and organize however you like, with very few restrictions. But then again, it’s one of the first applications I was trained on, so you learn to basically do everything on it. . . . I’m sure the same could be said with Excel? 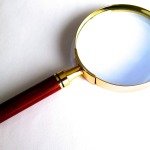 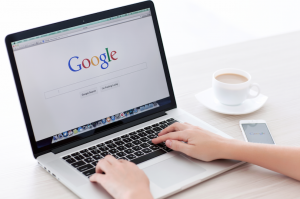 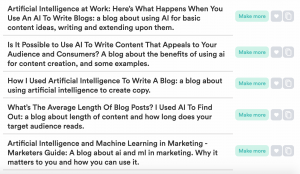 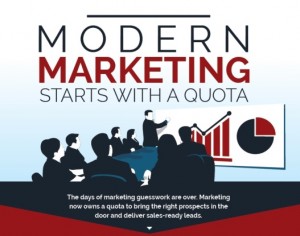 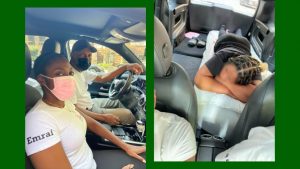 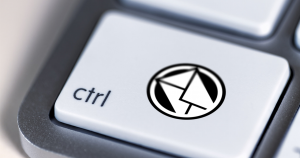 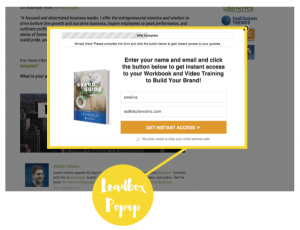