What Are Publisher Coalitions and Why They are Killing Your RPM?


Google is great. Really. From a search engine by a couple of college kids, it has turned into the all-knowing internet colossus it is today. We, as internet users and as publishers, depend quite a bit on Google. A lot of our traffic comes from Google’s search engine.

We often use their servers for our email. Many of us have Android devices. And of course – there’s AdSense. Google’s advertising network that (usually) turns the time we invest in creating and marketing content, into revenue. Revenue that helps us keep creating content.

But Google isn’t perfect. In fact, it’s flawed in many ways. Advertisers on AdWords have little to no control over where and how their ad and message is displayed.

Publishers face the same challenge on their side with AdSense. And suffer more from Google’s revenue sharing scheme. Which is, in many ways, rigged against publishers.

Over the past 10 years, Google has been sharing less and less revenues with publishers. According to some reports, the revenue share has dropped by a whooping 50% in the past decade. All while Google’s earning in its fiscal reports continue to grow from year to year. So who’s losing out? The publishers.

In an attempt to fight this sad fate of ever-shrinking revenues from Google, some large publishers decided to unite. And fight Google and Facebook at their own game.

What Are Publisher Coalitions?

A publisher coalition is a programmatic entity co-created by multiple media groups in order to mutualize their inventory and centralize audience data, knowledge, and best practices.

Or in non-Wikipedia speak: Premium publishers trading with premium advertisers in a private ad marketplace, selling their unsold inventory programmatically.

Publisher coalitions use tools like the Rubicon Project and AppNexus to power these marketplaces. These exclusive marketplaces are an opportunity for advertisers looking to try programmatic without risking their brand. And the coalitions are finicky about offering their inventory on public exchanges.

So for advertisers it’s high quality, targeted audiences, without having to rely on Google’s contextual ad placement or seeking direct deals. This is great for some advertisers. Not so much for others. But more on that later. First, let’s see who these publisher coalitions are, and why we should pay attention to them.

What makes publisher coalitions so attractive to advertisers and advertising agencies is not only the quality, but also the reach of these coalitions within specific audiences. Many of the members in the coalition are major news outlets and theme specific content hubs (like major fashion and sports websites), with large segmented audiences. However, their advantage can also act as a disadvantage as you’ll read further down.

This lets advertisers and agencies set a desired percentage of the overall audience in the country or segment they wish to reach with their ads. The higher the percentage, the higher the cost of advertising, of course. But the segmentation, reach and targeting is what publisher coalitions take pride in most.

Many coalitions are locale-based. For example, there’s La Place in France, ILX in Israel, CPAX in Canada, SouthernX in Africa, Agora in Greece, AOP and Pangea in the UK. This is great for local brands, but also for global companies and brands.

For example, if Apple wants to target users in the UK, the last service they’ll want to use is Google. They are more likely to turn to one (or both) of the local online publisher coalitions with programmatic buying through an ad agency.

The second type of publisher coalitions are market-specific. Like Style Coalition that offers advertisers premium placement on websites in categories like fashion, parenting, art, health and luxury.

Why they hurt your CPCs and CPMs?

Ever heard of the saying “money attracts more money.” Well, the same works for brands. Large brands will attract other large brands and so on. Big brands and agencies would rather work with premium publisher coalitions cause its safe and hassle free(ish).

Programmatic is usually cheaper than direct ad space purchases, and it’s easier to reach a broad segment through one of the publisher coalitions. You limit your brand’s risk and better control the frequency cap of your ads, while guaranteeing a more granular choice of ad placements.

What that means for you is that some advertisers prefer to take their money away from the network that you’re a part of and go spend on a network that you’re not a part of. Be it Google AdSense, Media.net, Taboola or whatever, this means less demand for your inventory.

It’s important to note that this drop in CPCs is happening worldwide. Some locales (like the US and Asia) have not yet been hit by regional publisher coalitions. Yet. But advertisers want higher ROI, and big publishers aren’t too keen about giving away a third of their revenues to Google. So they find other solutions.

What can you do about publisher coalitions?

If you can’t fight them (and you can’t)? Join them. If you have enough traffic and there’s a publisher coalition you think might accept you? Click on the link above to their respective website and contact them.

But most small to medium publishers can’t compare themselves to the Guardian or major news websites. So what can they do?

One of the main weaknesses of the publisher coalitions is their inability to handle hyper-local targeting on mobile. Small business advertisers target people living or visiting the area they operate in. They might actually pay more for each click than an international brand looking to raise awareness or views for their video ad.

These small businesses are most likely to stick to AdWords, Facebook and Twitter ads. If you run a local site, you might want to start giving some attention to geographic areas in your locale, to attract more hyper-local advertisers.

Another weakness is demographics. Most major publishers can offer a certain degree of segmentation based mostly on statistics. So you can reach an audience of women ages 20 to 35 in France who are interested in fashion. But if you, as an advertiser, want to dig down deeper into the segmentation – you’re stuck.

For example, if I want to target people researching a new mobile cellphone in France, I can probably pay for placement in the tech section of a number of leading publishers through La Place. But what if I am selling mobile devices for the elderly? Where would I advertise them to reach the right audience? That’s where contextual advertising like AdWords comes to the rescue. And niche websites – that’s you.

Odds are that a niche website about technology for the elderly won’t qualify for the publisher coalitions and will choose AdSense as a main method for monetizing unsold inventory. So no matter how large my marketing budget is, advertisers would rather spend it on targeting a specifically defined audience than throw money at premium publishers and irrelevant viewers.

And of course, you can optimize the heck out of your current AdSense setup, squeezing out as much revenue as possible with bandit testing.

Publisher coalitions are popping up all over the world, and it doesn’t look like this trend is about to stop. And it’s not surprising. Advertisers and publishers alike hate seeing Google and Facebook make money off their efforts and budgets.

From the way it looks, these coalitions will expand to include more and more niche websites to offer better segmentation. They will also find ways to offer better hyper-targeting on the mobile web. Alternatively, Google never sits back on its laurels. The guys over at Mountain View will find a way to attract publishers back into its Googley arms some way or another and more importantly, premium advertisers. 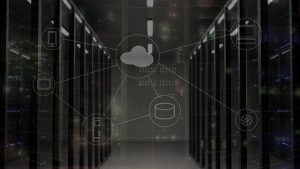 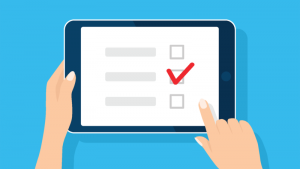 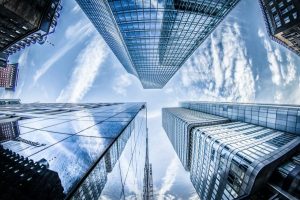 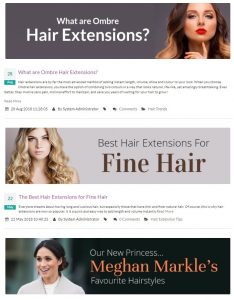 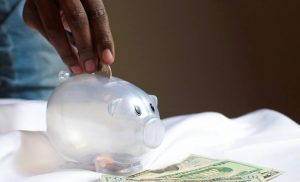 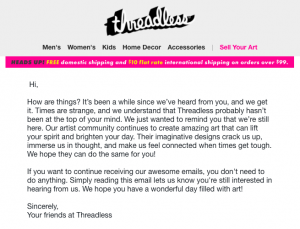