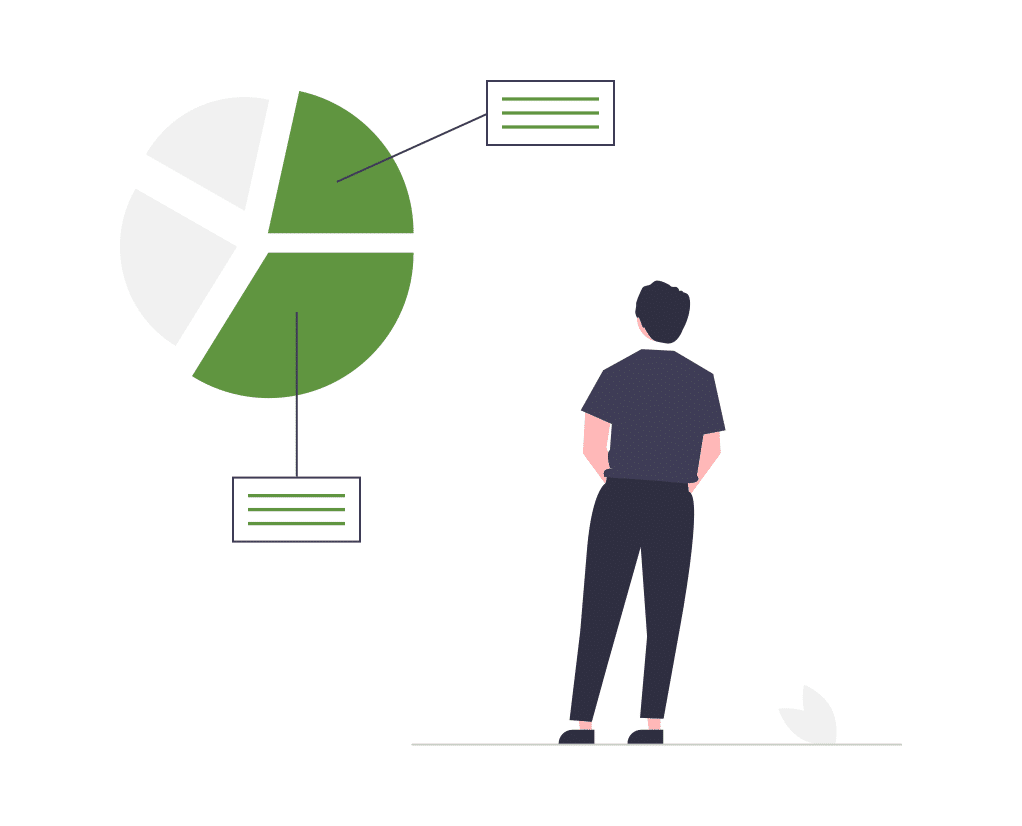 When it comes to taxes, we all have to pay the piper. In this case, the piper is Uncle Sam. So, even though you’ve seemingly already paid your fair share, your taxes aren’t going to necessarily be any lower in retirement. And, this also applies to annuity owners.

Annuities are taxed by the IRS based. And, the tax is almost entirely calculated on how they were acquired.

For example, if you bought an annuity with money from a Roth IRA or Roth 401(k), you aren’t responsible for federal income taxes. This could apply even to the total annuity balance. This will include your initial payment amount and any dividends and interest paid to you during its life.

Conversely, annuities purchased using non-Roth assets are tax-deferred. That means you don’t have to be concerned about taxes until a later date. For instance, if you don’t make a withdrawal until 20 years from now, then that’s when you’ll have to pay taxes on the annuity.

From there, things become increasingly complex. One reason is that there are different types of annuities, such as fixed, variable, and indexed. As such, each is subject to various tax liabilities. Additionally, tax laws and rates frequently change. That can be problematic as this makes it difficult to determine your specific situation when it’s time to withdraw from your account.

However, if you’re somewhat familiar with how annuities and taxes work, along with the most common mistakes people make, taxes won’t be as costly.

Annuities are taxed differently based on how the annuity was bought. For tax purposes, this means determining whether the annuity is “qualified” or “non-qualified.”

An annuity that is qualified has been purchased with money that has not been taxed yet. If, for example, you bought an annuity using tax-deferred cash flow from a traditional 401(k) or traditional IRA, it’s considered a qualified annuity.

Any future qualified annuity payments will be subject to normal income taxation. In most cases, annuities are taxed as ordinary income and a lower capital gains rate. If these meet certain requirements, this could be completely tax-free.

Tax-free purchase money after taxes is known as the basis. That means you won’t have to pay taxes twice if you own a non-qualified annuity. However, the taxes you will owe are determined by something called an exclusion ratio. This includes the principal that was used to buy an annuity, how long it’s been in existence, and the interest earned.

You may also be liable for future taxes depending on the type of annuity you hold. Again, this includes fixed, variable, and indexed annuities that are either immediate or deferred. Specifically, let’s focus on period and lifetime annuities.

If you purchase a lifetime annuity, you’ll receive regular payments, usually monthly, for the rest of your life. An annuity that provides you with payments over a specific period of time is called a period annuity.

Period annuities are calculated by multiplying the number of payments by the amount of the payments. For example, Aif an annuity pays out $ 12,000 a year for ten years would require a return of ten times $ 12,000, or $ 120,000. This is your expected return.

Annuity and taxes in action.

Do you remember the basis for non-qualified annuities? You can now divide the basis by the expected return. Based on this equation, you can calculate the percentage of payments that will be tax-free. If you multiply this percentage by the amount of each payment, you can determine the exact amount that’s not taxable under federal income tax laws.

In real life, you’ll likely encounter a more complicated scenario. This is because taxation depends on a variety of factors that are based on the IRS longevity table. For example, if you live over the maximum age you’re forecast to live, you’ll probably pay taxes on all the lifetime annuity payments you’ll receive after you reach the maximum age forecast by the IRS.

Because this is extremely complicated, it’s a good idea to speak with a financial advisor. An annuity tax professional, specifically, will assist in making the right financial decision before you buy an annuity or make a withdraw.

The Top Annuities and Taxes Mistakes

Hopefully, at the minimum, you have a basic understanding of how annuities are taxed. Now, let’s take a look at the common mistakes annuity owners make regarding taxes.

Falling into the tax deferral trap.

“Tax deferral is one of the most highly touted features of annuities,” says Rick Brooks, CFA®, CFP®, and partner of Blankinship & Foster LLC. “The earnings inside an annuity are not taxed until they are withdrawn.”

For example,” if you invest in a stock mutual fund, the dividends and appreciation it earns are taxable, but at special tax rates,” he adds. You won’t have to pay taxes on your earnings every year if you choose a similar fund with an annuity. However, you will be taxed on these earnings when you start taking withdrawals. Depending on your tax bracket in retirement, those rates may be higher.

“The trap to avoid is having all your retirement income be highly taxed,” Brooks states. “One way to avoid this is by adding to non-tax deferred investments so that in retirement, you have already paid much of the tax on those investments.”

Paying more in taxes than you have to.

If you’re not careful, there are a couple of costly disadvantages that are associated with taxes.

“A common criticism of annuity income is that it’s taxed as ordinary income, which is taxed at marginal rates of 22% to 35% for middle-income households,” notes Amy Fontinelle for Investopedia. “However, this aspect of annuities is less of a disadvantage than it may seem.”

“The Internal Revenue Service (IRS) classifies capital gains as ‘short term’ (if the investment was held for one year or less) or ‘long term’ (if the investment was held for longer than a year),” she states. “Short-term capital gains are taxed as ordinary income.” On the flip side. “long-term capital gains are taxed at 15% for middle-income households and 20% for those earning over $ 445,850 (single filer) or more than $ 501,600 (married, filing jointly).”

No step-up in cost-basis.

A step-up in basis is given to heirs when they inherit securities, bonds, mutual funds, and real estate. The IRS, therefore, considers your heirs to have acquired the investment at a price of $ 20,000 when you die, even if you purchased it at $ 10,000.” What if they sell this immediately for $ 20,000? They’re not responsible for any taxes. “If they sell it two years later for $ 25,000, they will only pay tax on $ 5,000, and that money will be taxed at their long-term capital gains rate,” explains Fontinelle.

If you withdraw money from your annuity prior to age 59½, expect a 10% IRS penalty on the interest earnings you’ve withdrawn. You’ll also have to add in the ordinary income tax on the amount as well.

Just note that you will not have to pay this penalty if you’re permanently disabled at the time of the withdrawal — regardless of your age.

Sticking your beneficiaries with a tax bill.

Inherited annuity earnings are subject to taxation. The taxed amount depends on the payout structure and the beneficiary’s relationship with the annuity owner, as a surviving spouse or otherwise.

Not adjusting your withholding strategy.

As you know, you don’t pay taxes until you receive your annuity distributions or stream of income. However, when taxes are due, your income will depend on whether the annuity was purchased using qualified (pre-tax) funds or nonqualified (post-tax) funds. Depending on your income and tax bracket at that time of purchasing the contract, you may want to adjust your withholding strategy.

There are, however, some tax advantages associated with annuities that you need to be aware of. These include; 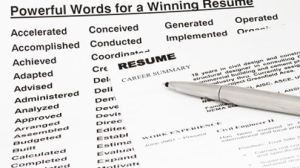 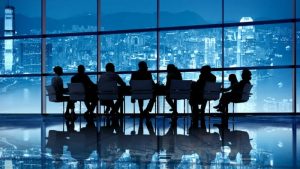 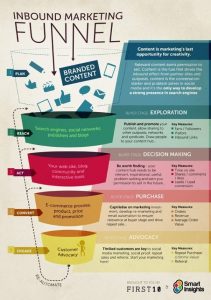 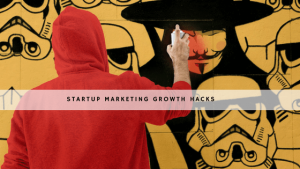 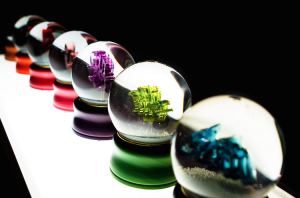 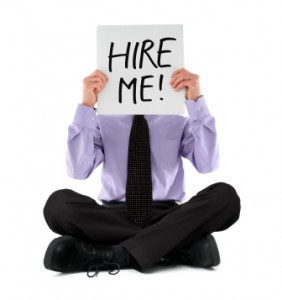