Startup Capitals: The Difference Between Silicon Alley and The Valley


I can’t believe it’s almost the end of the first quarter of 2015! The “Silicon Alley” startup scene got off to a great start this year with some excellent events hosted by StrategyHack, Worldwide Investor Network, the Columbia Startup Lab and even the Mayor of London visited New York to shine a light on the work UK startups are doing in the financial services industry.

Listening to the Mayor of London, Boris Johnson, extoll the virtues of the startup scene in Silicon Roundabout (the tech entrepreneur pet name for London), it occurred to me that startups really do show some creed to the cities they’re born in. At the London Tech Day, the majority of the companies were in financial tech – expertise and opportunity spotting bred from London’s own extremely successful banking industry. Similarly, I met a startup at StrategyChat that deliberately incorporated in London even though most of their work is in the USA simply because they considered the patent laws to be much fairer in the UK.

Personally speaking, I find that Silicon Alley (New York City) also has a contrasting flavor to Silicon Valley (San Francisco). Although just an impression at best, it seems clear to me there are less pure tech companies in Silicon Alley. The startups I’ve met targeting specific industries such as finance, or sectors such as retail or property.

Yet, I guess how could it be any other way? It should come as no surprise that the startups a city produces are inspired by the city itself.

That rhetorical question had me wondering to what extent companies seeking investment in New York need to understand the subtle “difference” between a start up scene and it’s host city. Are there any certain cultural differences that entrepreneurs need to be aware of before they go for a bite of The Big Apple?

To find out if there really is a difference between Silicon Alley and Silicon Valley, I met with Sharon Mirsky, VP of Strategy & Operations at Worldwide Investor Network at their New York offices in Midtown. Sharon runs the WIN Accelerator Program where she hosts pitch days for foreign startups seeking investors in New York.

What a great night! Congrats to all the startups and thank you to our panelists. #globalinnovation pic.twitter.com/vS1FgkLig7

Jonathan Allen: What would you say is the difference between the Alley and the Valley?

Sharon Mirsky: I think the difference is that there’s a large and supportive ecosystem for those in the popular industries in New York. Media, fashion, financial and so on… a lot of the startup companies in New York are targeting those same industries.

JA: Do you think that Silicon Alley investors are looking for different things that the Valley?

I think here it’s much more about numbers, metrics, the traction it’s less about the vision. Of course they care about that and the people but it’s much harder to get an investment from a VC just based on a big idea.

But ultimately it depends on what you do. If you’re in media, your customers are probably here so it doesn’t make sense to go to Silcon Valley. Yet, if it’s security for example, most of your customers will be located in the Valley or anywhere else and there’s no need to be in New York.

JA: Practically speaking, are there any advantage to setting up shop in New York rather than San Francisco?

SM: There are pros and cons between each city.

It just makes correspondence with your team at home really rough. When you have a dev team abroad, it makes a more complicated job in the long run.

And it’s also harder on your wallet and your time. For example, as there’s no direct flight between Tel Aviv and San Francisco, it takes more money and time to fly back and forth. And it’s just the same problem of time difference and flight availability for many European companies.

Another thing is the community you have around vary from city to city. The community is strong in New York and that can be really helpful. Adtech is a good example. There are many companies in Adtech and the community is here. Israel, there’s a community in Adtech too, so this the place for them to be.

Any startup an set up shop in New York. But if your customers are here in New York then it’s more of a sure bet. I’m not saying you can’t set up a software security company in New York but simply that some industries are just more likely to be a better bet on success than others. If more companies are here in your sector, then there’s more community around it.

Connections are also linked to the industry. It’s not just about being close to VCs, but being close to the market too. Around that you have VCs that are specialised in mobile and IT, ecommerce, media for example which would be In New York. It grows from the industries you have. If most of your customers are here, it just doesn’t make sense to be somewhere else. Bring your marketing, sales and business development to New York to be closer to customers.

JA: Talking of customers, do VCs in the USA expect foreign startups to already be trading here?

SM: Yes, it is extremely important to have a US customer.

VCs are all about traction so if you’re a new company and you don’t have any local traction, VCs will tell you you’re too early. It’s hard to get any kind of meaningful conversations with local VCs without local traction.

Your customers abroad (such as in Europe or Israel) do count as some kind of validation but not enough in most cases. VCs over here, want to see you replicate your success in the US before writing a cheque.

SM: It depends on if it’s B2B or B2C – but, in any case you will need local traction to succeed.

Being here helps – that’s the first thing! Many companies I’ve talked with report that being here,  close to their customers and their business, made a significant change to mentality and product market fit.

They assert that things that they didn’t understand before being on ground, they really understand much better now. Some even say that they should have come earlier. Come here before they were even considering VCs.

Many companies identify or hire a partner who can act as local salesperson – when you have a sales team with rolodex in team in this field, that really helps. Ultimately, local traction comes down to having a lot of introductions from people you know in the community and a lot of hustling!

JA: Are there any cultural nuances about New York that foreign entrepreneurs should be aware of?

SM: Definitely there are cultural differences.

I say this mainly from my personal experience as a foreigner myself and from my experience of working with a lot of Israeli startups. It is such a small country that there’s only about one degree of separation between anyone in Israel and everyone else. One can simply call a friend of a friend to get a meeting within a few days.

But, in the U.S. things are more different. People generally plan much further out in advance.

In Israel, I can set up meetings for next week even if I call late in the previous week. But here in the U.S., I need to plan more in ahead to ensure our schedules fit. Therefore, if an Israeli entrepreneur truly intends to get meetings and build relationships in the U.S., they need to plan in advance too and give more time to getting to know the other person. It’s more about building relationship and this is an expectation that needs to be set.

If you can’t understand the cues beyond the direct translation, you could get very disappointed. You could think it was a great meeting but they were just being polite! The turn of phrase, “let’s do lunch,” is not always a literal invite to go to lunch immediately but could rather be a warmer way of saying goodbye, by expressing a general intention to meet in the future.

JA: Any final words of advice for foreign entrepreneurs looking for investors in New York?

SM: Get the cultural fit before they come here to pitch investors.

Try to get to know the city before you need to ask for money. Understand that VCs here want to build a relationship and this takes time. Come as early as possible to understand the product market fit and get acquainted with how things work before seeking investment.

If you come when you need the money, it’s too late. Only when you’ve built relationship and infrastructure should you really think about getting funding.

And don’t get paranoid about “someone stealing your idea.” Nowadays, everyone talks with everyone. Because ideas are cheap it depends on execution so I hardly see any startups that are in stealth mode and don’t tell what they’re doing. No one is afraid of someone else stealing their idea. There are many ideas and there’s always more than one approach. An idea is not enough for sure. Everything is in the execution.

And the fact remains that the business community here in New York is very friendly. It’s much younger so people treat newcomers with respect and there is not a lot of hierarchy. Everyone’s welcome and people are very helpful. Being around and going to events, you can meet interesting people and get coffee. People are really open and happy to help and that’s something that will prove to be an advantage later when you come with your new startup. Established contacts in the city will help you quickly get access to partners, advisors, VCs and customers that you could not have reached in a single trip. 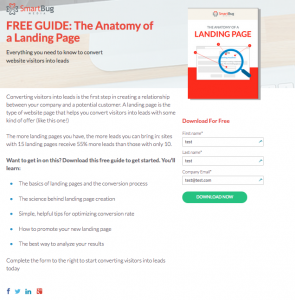 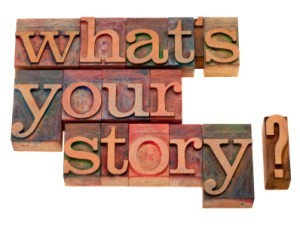 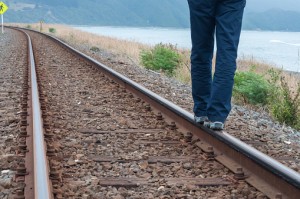 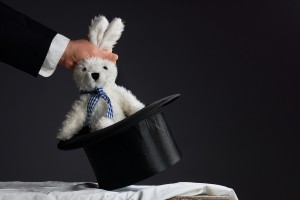