In the Mirror Idioms blog series, we compare idiomatic phrases from around the world. Certain human experiences are universal, but different cultures use different concepts to describe them. This concept is also the driving force behind international search engine optimization (SEO). SEO research explores how people describe their needs when they are searching for something. Using search-friendly terminology makes your website easy to find. In simple cases, different regions use different terms, so you might optimize your content accordingly. For example, different regions in the US might use different terms: Soda vs. Pop vs. Coke, Sub vs. Grinder vs. Hoagie. Different countries which use the same language also express themselves differently: American “sweater” vs. British “jumper.” International SEO requires not only the tools to find and rank keywords, but also the cultural insights to figure out how people express their needs. It’s not just a matter of swapping one word for another: different qualities matter to different cultures. For example, top American keywords for skirts focus on shape (maxi skirt, pencil skirt), whereas Chinese women use keywords that focus on action (blowing skirt, matching skirt). Understanding how people articulate their desires when searching online is the first step toward marketing a product overseas.

Translating the Internet of Things

All of this occurred to me as I was researching the term “Internet of Things.” The phrase refers to the networking of physical objects through the use of embedded sensors, actuators, and other devices. Last year, the research firm IDC predicted that the global IoT market would increase from $ 655 billion in 2014 to $ 1.7 trillion by 2020. In the US, English-language searches for the phrase “Internet of Things” increased about 90% between 2013 and 2015, and searches for the acronym IoT are now outpacing searches on the full phrase. In the past year alone, the number of Internet connected “things” in use has increased by 30%. How does the phrase “Internet of Things” appear internationally? How should the keywords that refer to IoT be translated for maximum search-ability (and findability) in other languages?

The translation for “internet” is easy. In languages than use the Roman alphabet, the word is used with its English spelling. In others, the word is rendered phonetically, for example in Japanese. Other languages do not use the Anglicism – for example, in Mandarin Chinese, “Internet” is 互联网,which literally means “inter-connected network.” It’s not hard to find international terms for “Internet.” What I was curious about was how to translate “things.”

“Thing” is a generic all-purpose noun in English, and a perfect choice for this particular concept. “Items” sounds too formal; “objects” too specific; “devices” is too “IT,” and so forth. One really significant connotation of the word “thing” is that a thing is not alive and sentient. To refer to a person as a thing can be insulting. So Internet of Things is really a clever phrase: the Internet initially connected people, and but now it connects things and makes them sentient or “smart.” The phrase was coined by Kevin Ashton in 1999, a former assistant brand manager at P&G who is now a leading RFID researcher at MIT.

To some extent, tech industry leaders take the lead on a multilingual lexicon when they adopt an official translation and get it out there early. Microsoft’s website is available in about 25 languages. My hunch is that Microsoft’s translation team is comprised of transcreation specialists in both IT and marketing. With the global reputation of an IT giant at stake, they must have done some careful thinking and searching before they came up with their translations of the following English-language headline:

How did Microsoft translate the phrase, and what do the “things” look like in other languages? We asked some of our overseas partners to share their thoughts.

Arabic speakers use a word that is phonetically similar to the English “Internet” but written in Arabic script. Our Arabic consultant told us that the phrase “Internet of Things” also employs an Arabic word for “things” that specifies inanimate objects. Therefore, it captures a similar feel to the original English phrase.

The French translation is interesting because French officials tend to frown on Anglicisms, and the ministry of language prefers to develop their own words for technology. In both Canada and France, the term is “l’internet des objets.” Microsoft’s French translation reads “L’internet de vos objets” then refers to “l’IoT” as a term in itself. Why “objets” and not “choses”? Our native French partner explains that “objet” connotes a material thing, and “chose,” an unspecified or abstract thing.

The Chinese word for Internet, as noted earlier, means inter-connected network
互联网. The term for Internet of Things literally means “connected things network” 物联网. What’s really interesting is that “Internet of Things” is pronounced Wù liánwǎng, which sounds very similar to the word for Internet, Hù liánwǎng. This appears to have been partly by chance, though the Chinese wordsmith who chose which character /word to use for “thing” no doubt jumped right on it, because such seamless congruence is what copywriters’ dreams are made of. In this case, with many synonyms for “thing,” the best one was the most aesthetically pleasing one.

These are just a few of the choices made by translators on the Microsoft page. Since a global brand like Microsoft understands the value of translating marketing material, they no doubt used human translators with an instinctual understanding of the target language and culture. I was using Google Chrome to look through the translated Microsoft pages, and out of curiosity I clicked on the Google pop-up that offered to “translate this page” into English. In a number of languages Google Translate used the word “Stuff” instead of “Things.” (Dutch, Italian, Portuguese, Spanish). This word is associated with excess and low value –unless they were going for a very casual tone, a transcreator working from a foreign language into English would not choose that word in this context. The lesson here is although Google can translate your page for overseas clients, you can never be sure of the quality of the translation and you certainly can’t control the message.

International keyword research is both challenging and important. You can’t know how people are expressing their needs unless you are working with an in-country linguist who has knowledge of local language trends and access to local search engines. A good transcreator would not simply crib the terms from an industry leader — this particular page is targeting business or enterprise customers; casual consumers may be using a different set of terms to talk about how their devices are networked with devices such as thermostats, coffee makers, and treadmills. In this case “stuff” might be OK. Translating a keyword “literally” is only the first step toward finding out how terminology is used in real life. If keyword research is done in-country before the website translation begins, a termbase can be established in order to optimize the site for search during the translation process. This saves time and money and ensures that what you are offering harmonizes with what your potential customers need.

As always, we welcome comments from our multilingual partners on how “tech talk” is translated worldwide, and we also welcome suggestions for future Mirror Idioms. 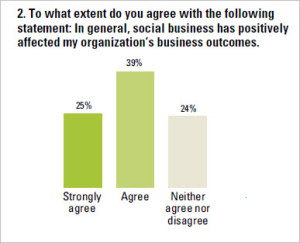 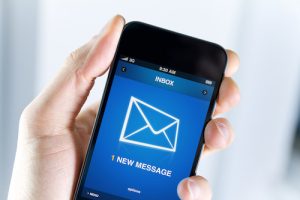 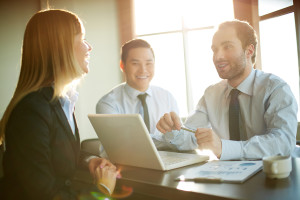 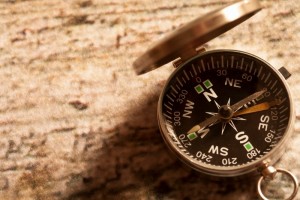 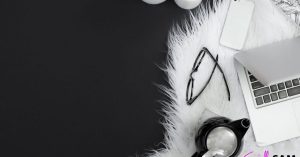