Does More Frequent Blog Posting Attract More Visitors? Research Results May Surprise You – And Mislead You

The need to publish blog posts frequently is an accepted maxim among most bloggers and content marketers. If blogs don’t post new content multiple times a week or even daily, page views will fall and the blog will lose credibility. That’s the prevalent belief at any rate.

A few highly-rated blogs recently sought to challenge that viewpoint by experimenting with their posting frequency.

Buffer stopped publishing new posts for 30 days and instead focused on recycling and refreshing older posts. It republished 10 posts during July by changing the publication dates in the copy. All were updated posts w or other variations of evergreen content.

Buffer’s traffic dropped just 4% from the previous month. If it weren’t for an anomalous 16,000 spike in visitors on June 25, unique visits for July would have been down by just 6,000, says Buffer content crafter Kevan Lee.

Traffic from organic search actually increased, due to the updated evergreen content. New publication dates may have helped, since some people filter search results to view only newer articles. Both referral traffic and social media referrals dropped. With fewer new articles, visitors had fewer posts to share.

The Buffer team took the extra time that month to add new information and graphics to older posts, devise new email campaigns, create SlideShares, republish content on other websites, and undertake other marketing activities. Lee said he had high hopes for those content marketing experiments but found the work was more time consuming than expected and results for most projects fell short of expectations.

Another Experiment In Publishing Frequency

The CoSchedule blog tried an experiment from another angle. For four weeks, it tried publishing three posts a week instead of two. Keep in mind that its posts average 2,000 words and have about eight graphics. Average social media shares per post within two weeks after being published dropped from 561 to 325. Page views per post fell from an average of 6,074 to 4,367. Comments per post went from an average of 6.5 to 3.

CoSchedule content marketer Nathan Ellering concluded that the additional page views were simply not worth the effort of creating an additional post each week. Of course, various factors including the topics, publishing days and times, social media strategy, email subscriptions and others could have affected results. However, the posts’ content was quite average, with no outliers, and email open rates remained consistent, Ellering says. He guesses that a drop in social shares caused blog traffic to fall.

“We gave our audience (you guys) so much content to share that you had to pick and choose what was worthy enough for you to share,” he writes. “Even if we published three awesome posts a week, you needed a little diversity in your social shares—not all from one source.”

Moz tried reducing its blog volume to about half its normal amount for two weeks, doubling production for another two weeks, and comparing the results to two normal weeks.

Dropping publishing volume by half prompted a 5.6% drop in unique page views on average. “We lost 2.9% of our sessions that included visits to the blog during a two-week period when we cut our publishing volume in half,” Moz content strategist Trevor Klein, calling the decline negligible.

Doubling the publishing volume did absolutely nothing to increase the number of unique page views. The finding suggests readers may lack the time to read more than one Moz post a day.

The blogs that conducted the research were well-established with dozens or hundreds of quality articles that are well-placed in search engine results. None of the blogs revealed what portion of their visitors came to the new content vs. established content. It’s likely that most visitors arrive at their websites as a result of previously published articles, not new articles. New content probably accounts for a small percentage of blog visitors. Older content sustains the visitor levels. That new content, however, will continue to deliver visitors over an extended period of time as revealed in a study by IZEA titled The Lifetime Value of a Blog Post.

Some may think the research proves that frequent publishing is not necessary or that less frequent posting isn’t harmful. That’s not the lesson, I don’t think. The lesson seems to be that a well-established blog with high-quality existing content can survive a short period of infrequent or even no posting – a small drought, if you will. Existing content will continue to deliver visitors to the website. The study results also show that increased publishing in the short term may not produce proportional increases in web visitors – but is likely to attract visitors over prolonged periods. Not publishing that content will lose those visitors.

High-quality content remains the bedrock of blogging, content marketing, and increasing website visits – especially for B2B websites. A dearth of new content will inevitably reduce website traffic – maybe not right away but certainly going forward, because the website will have a smaller archive of established content that attracts visitors over months or years. Less frequent posting may also cause a reduction in the marketplace presence of the blog and a decrease in loyalty of regular readers

Bottom Line: Experiments by well-established blogs suggest that less frequent publishing of blog posts may not necessarily decrease page views or attract fewer visitors in the short term. The long-term effects of less frequent blog posting are unknown, but likely to result in fewer visits. The research results suggest that managers of corporate blogs should question accepted practices and test alternative posting schedules to determine an optimal publishing schedule. A study on the long-term effects of less frequent publishing would be worthwhile.

What effect do you think frequency of blog posting has on website traffic? Short term?  Long term? Please comment below.

This article was originally published on the CyberAlert blog. 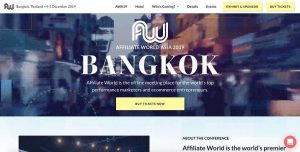