When it comes to retirement, we all have our own goals and visions. For my grandparents, they preferred to stay in the home that they paid off for several reasons. Mainly, though, it was because this would allow them to stay close to their kids and grandkids. But, they could also take several trips throughout the year.

My parents? Well, they also have chosen to stay in somewhat close proximity to me and my siblings, as well as their grandkids. But, I also have friends who had parents relocate to states like Arizona and Florida because they wanted their retirement to be all about fun in the sun.

And, yes. I also, unfortunately, know people who either can’t afford to retire. Or, they’re still having difficulty paying off their debts

Regardless of what your retirement goals are, you can’t get there unless you have a retirement plan. And, one such plan that should be examined is a tax-deferred annuity.

What is a Tax-Deferred Annuity?

Can you recall the last time you booked a hotel room? In most cases, you use a credit card to book the room. But, you actually don’t pay for the room until after your visit — which could be several months from now.

A tax-deferred annuity kind of works the same way.

Deferred annuities allow investors to delay payments indefinitely, unlike immediate annuities, which begin payments almost instantly. During that time, any earnings, such as interest, capital gains, and dividends in the account will be tax-deferred. You will have to pay taxes, however, once you withdraw or begin receiving payments from your annuity.

However, that won’t mean you’re completely off the hook when it comes to taxes. You’ll still have to pay taxes on any growth — usually as ordinary income. But, this will be pushed back until later.

How Do Tax-Deferred Annuities Work?

Typically, annuities are a series of payments that are made over a period of time. Annuities are traditionally meant to provide lifetime income — often a supplemental retirement income.

The money you’ve invested in a deferred annuity doesn’t always have to be converted into a recurring income stream, though. If you prefer, you can withdraw as needed, take it all out at once, or transfer the assets to another annuity or retirement savings account.

However, you choose to use a deferred annuity, just know that it involves two phases; an accumulation phase and a payout phase.

During the accumulation phase, your annuity is funded. Again, payments can be made as a lump sum or over time. It’s during this phase that the annuity is earning interest.

Upon reaching retirement age, you can begin receiving payouts. That means the annuity has gone through the process of annuitization during the accumulation phase. When you enter the payout phase you have several options;

Take note that if you make a withdrawal, you may be penalized by the insurance company through surrender fees. And, if this is prior to age 59 ½, the IRS will impose a 10% penalty fee.

The guide is focused on deferred annuities, which is an insurance product. Due to the fact that owners can defer paying taxes on gains, they’re often referred to as “tax-deferred annuities.” But the word deferred in the name pertains to when you will begin taking payments and not tax deferral, which is a popular feature of annuities in general.

By contributing to this 403b plan, you can earn interest on your salary and grow the interest tax-deferred. Employers often sponsor these plans, and they can match your contributions. Another difference is that, unlike annuities, there are contributions limits. For 2022, this is $ 20,500.

The Different Types of Tax-Deferred Annuities

Depending on how they accrue interest, deferred annuities can be categorized into the following different types.

An annuity with a fixed rate of interest means that interest accrues at a set rate. For the duration of the term you select, you will receive at least a minimum return on the principal. As a result, your fixed annuity interest rate will never drop below that level. There’s even a possibility of your insurer offering a higher interest rate, but never a lower one.

Here’s an example of a fixed deferred annuity calculation. Imagine you bought a fixed annuity with a 5-year term for $ 100,000. And, the guaranteed fixed interest rate is at 3%. The fixed annuity you purchased would earn more than $ 15,000 over the 5-year term.

With a variable annuity, the interest rate you’ll receive fluctuates. Your funds are split up into sub-accounts when you set up the annuity. Mutual funds, stocks, and bonds are among the assets that are invested in these sub-accounts. As such, your annuity rate depends on the performance of these subaccounts.

In other words, if the investments you selected are performing well, you’re going to make some bank on your earning. On the flip side, if they perform terribly, don’t expect to earn anything. In some cases, you may even lose money.

In a growing economy, variable annuities offer greater returns. But, they also come with significant risks. Before investing, carefully read your contract to understand how the interest rate is calculated. If you’re unsure, speak with a financial advisor.

A fixed-indexed annuity fits somewhere between a fixed and a variable annuity.

A fixed-indexed annuity has an interest rate that depends on market performance, just like a variable annuity. Your interest rate varies depending on how the market index performs, for example, the S&P 500. That means higher returns are associated with an improving index. But, your rate of return will decrease if it performs poorly.

Fixed-indexed annuities also offer a fixed interest rate, often 0% — which is similar to fixed annuities. This guarantees you won’t lose everything if your index crashes. However, it also means you won’t gain anything.

As with variable annuities, make sure you understand how your interest rate will be calculated, by reviewing your contract. And, if you aren’t certain, speak with a trusted financial advisor.

Depending on your individual financial circumstances, you can choose from these different annuity options that best suit you.

How is a Tax-Deferred Annuity is Taxed

Annuities are tax-deferred, as we discussed previously. These taxes will, however, be determined by how your annuity contract is set up. And, that boils down to if the annuity is qualified or non-qualified.

An annuity that is funded by pre-tax dollars is known as a qualified annuity. This means that the money you use to buy the annuity has not already been taxed. Because you haven’t paid taxes on the amount you contributed, any distributions must be taxed. Typically, a qualified annuity is funded with money from 401(k)s or other tax-deferred retirement accounts, such as IRAs.

If you use these accounts to purchase a qualified annuity, it will be tax-free if you meet certain requirements. For instance, if buy the annuity for $ 100,000 and receive $ 6,000 annually in payments. Also, you must report the entire amount to the IRS as taxable income in the year you received it.

An annuity funded by post-tax dollars is considered a non-qualified annuity. As a result, annuity distributions will be taxed at the same rate as regular income. In turn, the amount you’ll be taxed will hinge on your marginal tax rate.

Additionally, you have already paid tax on the money you contributed to a non-qualified annuity. Thus, only a portion of your annuity’s income will be taxed. This is called the “exclusion ratio.” And, it’s determined by the earnings of the principal and the annuity period.

What if you live beyond your life expectancy? Your annuity payments will be fully taxable.

It’s important to note that each state may have its own rules regarding how state income tax on annuities is calculated. I’d recommend discussing this with your accountant or tax advisor as opposed to figuring this out by yourself.

The Pros and Cons of Tax-Deferred Annuities

Retirement planning with deferred tax annuities can be a great option. Your golden years can be more secure if you know you will have a steady income during retirement.

However, they may not be suitable for everyone.

So, before committing to a deferred annuity, always weigh the following pros and cons.

Is a Tax-Deferred Annuity Right For You?

A tax-deferred annuity is most advantageous if:

1. Do you pay taxes on annuities?

Annuities are still subject to taxation. Unfortunately, nothing can be done about that. In any case, taxes are not due until you make a withdrawal or begin receiving annuity payments.

But, here’s where annuity taxation gets complicated. Using pre-tax funds to fund the annuity will result in ordinary income taxation. Conversely, the earnings on the annuity will only be subject to tax if you funded it with after-tax money.

Also, if you leave the remaining balance to a beneficiary, they will have to pay taxes on this inherited annuity. Generally, they’ll owe income tax on the difference between the principle that’s been paid into the annuity its value when the owner died.

2. How long can payments be deferred?

When you defer annuitizing or acting on the annuity, you simply wait. That’s in contrast to immediate annuities where payments are issued immediately after you bought and funded the annuity.

An immediate annuity can be difficult or impossible to stop and reverse once you begin taking payments. With a deferred annuity, however, you can delay annuitizing your contract for as long as you want.

3. Can you add money to deferred annuities?

In deferred annuities, the accumulation period is the time before you annuitize. While you are waiting, though, you can deposit funds into the account — just as long as your insurance company and tax laws allow it. So, for example, you could make an initial $ 10,000 lump sum payment and then continue to make monthly contributions. Or, could just leave the annuity alone.

4. Can you withdraw money from a tax-deferred annuity?

Because a tax-deferred annuity is meant to be a long-term investment, withdrawals are frowned upon. As a result, you may face a penalty or a surrender charge, also known as a withdrawal or surrender fee if you take money out of an annuity. And, if you do this prior to age 59 ½, the IRS will charge you a 10% penalty.

But, depending on the company, annuity owners may withdraw up to 10% of their account value without having to pay a surrender charge. If you withdraw more than your contract allows, though, you could still be penalized — even if the surrender period has ended.

And, in certain circumstances, such as nursing home confinement or terminal illness, surrender charges may be waived.

5. How does a tax deferral differs from a deferred annuity?

Annuities can also provide tax deferral as a benefit. But, please don’t confuse the timing of payments with tax deferral.

An annuity with tax deferral generally doesn’t require annual tax payments on income. Rather, you pay tax only when an account’s earnings are withdrawn. The reason for this is to allow you to profit from compounding. In other words, when you keep more money into your annuity and reinvest your earnings, you’ll earn more on top of those earnings over time.

As with deferred annuities, the tax-deferral concept involves putting something off for a later date. As an example, when you receive income from an annuity or when you make a tax payment. 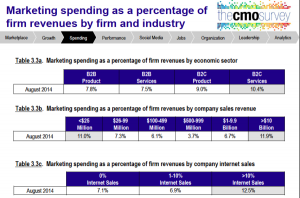 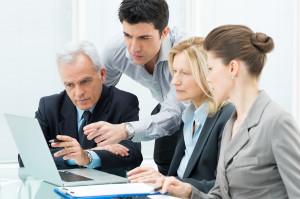 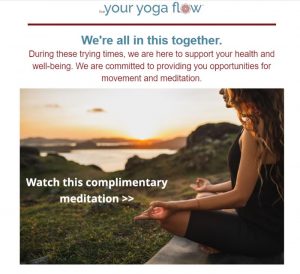 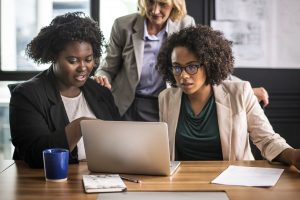 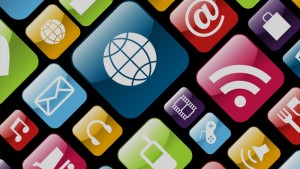 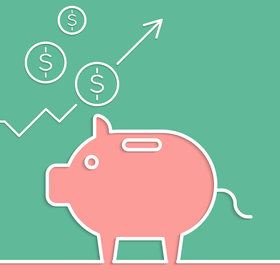 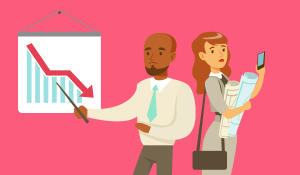 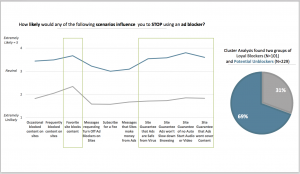