Where an idea comes from is a mystery yet to be solved (if it ever can be solved). Sometimes you get a brilliant idea at the worst time possible: for example, while you’re shaving. But how?

If there’s anything more difficult than coming up with an idea, it’s making use of an idea.

Almost everyone has a crazy idea in their head that sits by idly, but only a handful of people actualize their ideas and get something out of them, such as starting a business or writing a blog or a book.

This lack of action might be caused by fear of rejection: “What if they don’t like my ideas?” “What if I don’t have the resources to make my ideas real?”

Questions like these restrict your growth, especially if your idea could be a revolutionary business venture.

In the world of business, it’s not about how “new” or “innovative” your idea is.

Don’t get me wrong. Uniqueness is an important factor, but to reach the top in the business world you have to present your ideas differently.

Dropbox has one of the best “from zero to hero” stories of all time.

When Dropbox first launched in 2008 , Dropbox (which was already a innovative idea on its own) presented its concept in a different way from other startups at that time: using an animated explainer video.

An animated explainer video was, and still is, a quirky way to present ideas colorfully and efficiently.

Why do animated explainer videos work?

If you read thoroughly, none of this is directly connected to animation. But animated videos have significant psychological impacts on transferring information from one brain to another.

When you have an innovative idea (or borderline crazy idea) that has never been around before, there’s a slim chance that other people will have the same perspective as you.

In other words, you will have a difficult time explaining your idea and perspective to other people.

The solution is a better presentation. Animated videos are just what you need.

Does it have to be animated, though?

The quick answer is no, it does not. An animation is only one way to represent your content.

But let me show you why you should consider using animated explainer videos.

Quicksprout shows us with their infographic that color and visual cues can directly impact a video’s conversion rates. Colors are directly related to many elements: cultural, social, and emotional.

That’s where animated videos are superior to live-action videos. There are endless color palettes to choose from to convey your content in the best color scheme for that subject matter.

In addition to offering an endless range of colors, animated videos are a much better way to deliver comedic content.

According to Burst Media, comedic content is by far the most popular type of video content on the internet. Humor is not an easy skill to call upon at a moment’s notice, especially on-camera.

Making humorous animation, however, is more attainable. You can make a person trip over a banana peel with only a few frames in an animated video. In live-action, it would take at least 10 takes involving a mattress and exaggerated tripping movements.

But does this psychology mumbo-jumbo really work when applied to marketing? Statistics show that they do.

What are the statistics for animated explainer videos?

An Internet forecast by Cisco predicts that by 2019, a whopping 82% of all Internet traffic will be from videos.

According to Forbes’s version of Top 7 SEO Trends, it’s time to stop seeing video and other multimedia content as an additional tool for online marketing.

Forbes predicts that B2C companies will be cranking out more videos due to their better ability to reach peak reach, engagement, and overall ROI compared to text content. It’s very likely that B2B companies will follow the trend not long after.

Let’s get lost in figures for a bit:

Wow, that’s awesome. What else should I know about explainer videos?

Video marketing is, in a nutshell, writing copy that’s represented with visuals.

While talking-head videos can cover a range of subjects just fine, they can re-cover a subject a number of times, making the video long and dull.

When you animate the subject matter, you can cut the script down to a science talk.

Your animated explainer video script can be written to contain only the keywords you’re ranking for and a condensed explanation of the subject matter.

Having condensed copy with relevant keyword is super-friendly for SEO, especially if you include the transcript in the video descriptions.

Is there any proof?

As I mentioned earlier, Dropbox’s animated explainer video was one of the most striking promotional content pieces that has ever existed.

Dropbox’s product was among the first of its kind (cloud storage), and it took enormous courage to even make it a reality at that time.

The idea of having people store their private data somewhere inside some company’s server room AND pay for it did not seem appealing.

But they made it appealing by presenting the idea in a way that relates to their target audience.

Dropbox grew from zero to 100 million users in 5 short years, using the simplest landing page a business ever dared to try. Their website only had a video and a download button. Nothing else.

Of course, it wasn’t a single video that led Dropbox to what it is now. It took tremendous marketing efforts such as designing a sign-up-driven homepage, simplifying the sign-up process, offering referral programs and many more.

However, the video definitely helped kick it all off. Remember, Dropbox got 70,000 signups overnight thanks to this video.

Now, how do you plan to visualize your idea? Here’s a handy guide on how to choose the best animation style for your ideas. 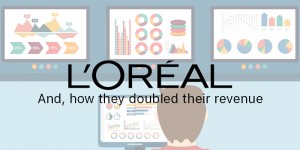 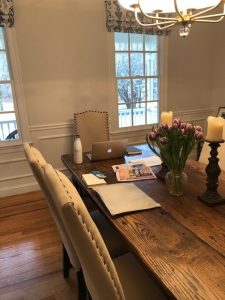 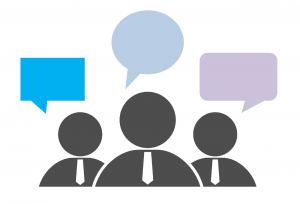