Twitter’s Blue Tick and the Importance of Trust


Last week Twitter, the social media platform used by approximately 310 million people, made its little blue tick verification icon, generally reserved for the rich and the famous, available to everyone.

By filling in a simple form (which can be found here) individuals and businesses alike can now apply for the prestigious honour of having the coveted tick placed beside their Twitter name. Not everyone who applies will be accepted, of course – Twitter has said that only accounts of ‘public interest’ will be considered – but the opportunity is one that should excite businesses around the world.

The Twitter tick, which assures audiences that the account they are viewing has been vouched for as authentic, is sought after by companies because it connotes trustworthiness and dependability; it assures the consumer that they can deal with said company safe in the knowledge that they will not be duped or deceived.

The Twitter tick, which assures audiences that the account they are viewing has been vouched for as authentic, is sought after by companies because it connotes trustworthiness and dependability

Jill Sherman, senior vice president of social and content strategy at Boston digital agency DigitasLBi, succinctly summed up the importance of Twitter verification for businesses when she said: “People look for that little blue badge. It gives them a new level of confidence.”

The Twitter seal of approval establishes authenticity, but it also goes some way to achieving that most fundamental of business aims – forging a bond of trust between brand and consumer.

Consumer habits are built on trust. People have an overwhelming desire to pick products that minimise their exposure to risk – they want to be guaranteed quality when forced to part with their hard-earned cash, hence the reason that branded commodities, which have both conscious and unconscious associations with excellence, remain atop best-seller lists year after year, despite non-branded items often being available at a fraction of the price.

Consumer habits are built on trust

In the past, brands have acquired trust and loyalty through years of good service and the provision of superior products. But in a digital age, where new and exciting-sounding goods are thrust in our faces left, right and centre, companies are being forced to adopt new methods in a bid to attract and subsequently retain a devoted audience.

Though many of the approaches to promoting a brand or product have changed, the overall goal remains the same; entice the consumer, provide a quality product, and keep them coming back for more.

Toothpaste sales are a terrific way to represent how powerful brands are. In 2015 34.5 million people in the UK used Colgate Original, which is far and away the most popular oral healthcare product on these fair shores. Lagging behind in second was Aquafresh, with an impressive – but considerably smaller – usership of 13.2 million.

In actual fact, it takes a lot of scrolling down the list before stumbling upon an unbranded product. The top 28 best-selling toothpastes in 2015 were branded, from Macleans to Sensodyne, Arm & Hammer to Corsodyl; it is only when we get to the 29th most popular – ASDA’s own – that we come across a product not emblazoned with the name of an established healthcare company.

Indeed, statistics show that Colgate Original 100ml – which generally costs £1.00 at ASDA – is approximately 29 times more popular than the store’s own brand, which costs exactly half the price (50p). And if you look at the numbers in even greater detail – which of course we have – it is possible to discern that, even when the sales of all supermarket own brands are combined (5.16 million yearly users), Colgate Original is still seven times more popular.

People have faith in brands, so much so that they are often more than willing to spend twice as much money for a product that, to all intents and purposes, performs the exact same function as its unbranded equivalent. For businesses to prosper and thrive, and to ensure customers are happy to spend money on a product, trust must be instilled.

Though Twitter’s blue tick is a great way for businesses to assert their credentials, it is by no means to only way to influence consumer habits. Studies have found that 92% of consumers read online reviews prior to contacting a local business, while 87% admit they won’t consider dealing with businesses that have low ratings (regarded as one or two stars out of five).

Websites such as Amazon, eBay and Yelp pioneered the concept of incorporating post-sale peer reviews into their business model, and the effect they can have is phenomenal; research suggests that 88% of consumers trust online reviews as much as personal recommendations, while 72% say that positive reviews make them trust a local business more.

However, there are some that have taken advantage of the review system. Numerous authors – including best-selling thriller writers Stephen Leather and R.J. Ellory, and historian Orlando Figes – have been lambasted for writing glowing appraisals of their own work on Amazon, and have been left red-faced and humiliated after being caught out. Whether or not these acts of treachery damaged the authors financially is unclear, but what is certain is that their names are now, to some degree, tainted.

Best-selling authors may stand a chance of riding out a wave of public disgruntlement, but should a business adopt the same underhand tactics it could prove to be a very costly error of judgement. Though online reviews and Twitter verification are two very different things, they work in a similar way; blue ticks and genuine five-star reviews enhance reputation, and in doing so increase the stature of your business offering.

Blue ticks and genuine five-star reviews enhance reputation, and in doing so increase the stature of your business offering

While the lack of a blue tick will not necessarily be detrimental to a business – very few local businesses have yet to achieve blue tick status, after all – bad or faked reviews will never be deemed as anything other than negative.

Small companies may well flourish without a blue tick, or with a lack of online reviews, but a positive online presence is only going to become more essential as businesses attempt to survive in an increasingly convoluted and competitive marketplace.

However, for those organisations that aspire to give consumers the best possible service, this should not be a cause for concern; if you operate in a way that treats the customer with respect, and give them the confidence and incentive required to utilise your services again, positive reviews will be heaped upon you in their droves. And, perhaps, with a little bit of luck, you’ll attract the attention of Twitter’s verification team. 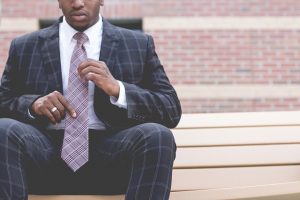 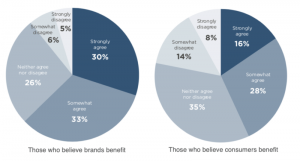 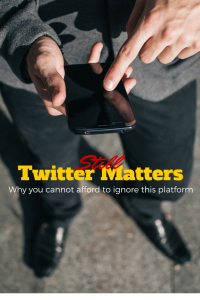 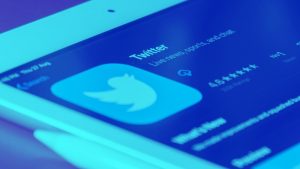 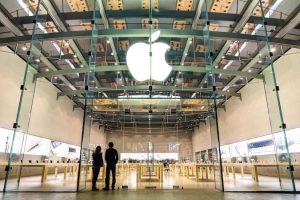 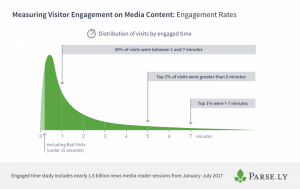