The Blueprint for e-Commerce in 2017


At Webgility, we spend a lot of time studying how our 4,000-plus customers use our software. That raw data, combined with a team with years and years of e-commerce street cred, makes me comfortable to share with you what we think is the blueprint for e-commerce this year and beyond. We are only in March–but I think we are already seeing many of these trends coming true. 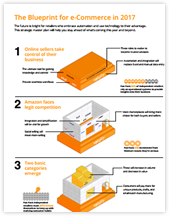 The rising tide against Amazon will grow. Sure, we’ve watched Amazon develop tremendously over the last 10 years and that will continue. But the current of the industry is shifting as we speak and bringing with it different and, yes, even exciting new marketplaces. The giants—Walmart, Jet, Target, Costco, Rakuten—are expanding their footprints with marketplaces from both physical and online stores. Similarly, with the Facebook marketplace, the inevitable Google marketplace, and Pinterest Buy It buttons, social media selling also looms on the horizon. This gradual disruption will give small businesses more choices from which to sell their products and that will lead to improved experiences for both the buyer and the seller. On the flip side, that increase in choice will also mean there will be more systems for online merchants to figure out and integrate

But we knew this would happen, didn’t we? The big fights that Amazon has been picking with film, TV, music, shipping carriers, delivery, and now grocery were bound to have an effect eventually. Although Google and Walmart are already fighting the behemoth, more resources, resistance, and competitors are finding their positions on the front lines. SMBs and consumers want more choice—and now they won’t have to do battle because the bigger players are doing it for them.

Two categories will emerge: commodities and niche. In the coming year, niche products, crafts, and small-batch merchandise are going to continue to accelerate in popularity. In fact, the very commoditization of most goods will cause individuality and quality to rise in value and importance. And since consumers are all buying the same commodity items, those costs will be driven further down. Even for the newish commodity items—like $ 20 jeans found on OldNavy.com—there will be markets created by creative SMBs, or even the luxury industry, for consumers who want their jeans to be special. In 2017 there will be plenty of folks who don’t want everything they own to be found on Amazon, and that is why marketplaces like Etsy are booming and custom Shopify stores are being launched every day. The niche economy will be sustained and grow internationally as entrepreneurs are more educated, supported, and empowered by the larger global e-commerce infrastructure.

Manufacturing will matter. Given the political changes, “Made in the USA” will be a thing—again. So local manufacturing will change and there will be changes in both sales tax and manufacturing policy. We will see a whole new element of locally sourced, unique products because a typical SMB will not want the hassle or expense associated with using a manufacturing plant in China, and as a result the cost of goods and employing local workers will rise.

For those products not manufactured in the US, we will see a rise in transparency. For example, the clothing company Everlane.com operates from a mission based entirely on 100 percent transparency in manufacturing. Slightly ahead of the trend, Everlane tells their customers exactly what each item costs them to create, what their profit is, where and how it was made, and under what working conditions it was produced. That transparency educates their customers and creates added value where before there was none. So even though transparency is a relatively unexplored idea in e-commerce, creative ways of selling, compelling ways of telling the story, and inspiration behind products will help drive the industry forward in 2017.

Shipping is about to have a moment. Back in the day, there was USPS, UPS, and FedEx, and that was it. Now e-commerce businesses have many choices and many ways to enjoy the large-scale efficiencies previously enjoyed by enterprise businesses.

USPS recently opened up their API to Shippo and will likely open up to other e-commerce shipping developers in the coming year. Amazon FBA is continuing to take a bigger market share and Amazon PrimeAir is now a thing, so FedEx and UPS will need to make ever bigger investments in e-commerce to level the playing field. The impact? In 2017 sellers will have more choice than ever, international shipping and selling will get in sync to create new markets, and additional applications to choose from and integrate into their workflows. This sounds easier than it is, but ultimately more balance in the shipping industry will be great for SMBs.

Accounting will take a turn. It might not happen in 2017, but eventually the whole accounting space itself will go through a significant change. Now that we’ve embraced the cloud, it’s clear that SMBs want more knowledge of their numbers and control of their data—and to stop paying so damned much to have someone do their bookkeeping. When it comes to e-commerce, today’s data automation and business intelligence allows e-commerce SMBs to take responsibility for the financial health of their business and scale strategically using knowledge gained from their own data. Yes, financial accounting is necessary, but SMBs have outgrown the need to pay accountants to translate an antiquated language and system—they’re ready for more.

Those who want to participate in the great e-commerce high rise of 2017 need to embrace automation and use the technology to their advantage. There’s every reason to feel positive about the energy of the future, excited about the momentum of technology, and inspired by the inevitable fluctuations of the free market. Now let’s get to work.

Christina is passionate about seeing leads come into the funnel and turn into customers, leveraging all available resources and technology. With over 15 years of director-level marketing experience at Fortune 100 companies and startups, she has a successful history of building and executing innovative marketing programs and strategic partner relationships.… View full profile › 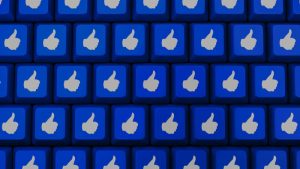 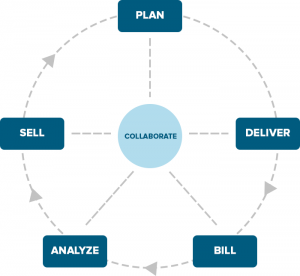 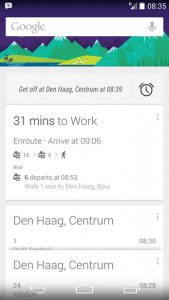