How Do You Handle a Brilliant Jerk?


I’ve worked on several executive coaching projects where one member of the team is a royal jerk. What makes someone a jerk? Here’s our definition: a jerk or jackass is someone who is rude, abrasive, condescending, undermines or puts others down, is arrogant, blames others, and, in a nutshell, is difficult for multiple people to deal with. We emphasize multiple people because if only one person has a difficult time dealing with this person, both people may be exhibiting behaviors that are undermining their relationship.

The term “brilliant jerk” was popularized by Reed Hastings, the CEO of Netflix in his 2009 presentation, Netflix Culture: Freedom & Responsibility. In it, Hastings states: “Brilliant jerks. Some companies tolerate them. For us, cost to effective team work is too high.”

Some of the specific behaviors that earn someone the reputation of being a jerk are:

The fallout or negative impact of a jerk can be devastating to your team or organization. The most devastating impact of all is that the best people, the ones who have the most options, will exercise their option to leave. Why? They know life is way too short to waste time working with a jerk. Jerks do real damage to the goals and bottom line results of your team or organization.

The biggest challenge for leaders is that the jerk is often times their most productive employee. Thirty years ago I employed a pressman named Jake, who was incredibly difficult to deal with. Sometimes it was a challenge even getting him to come to work…. and to do so sober. One day I sat him down for a little coaching and counseling and asked him, “Jake, do you see these performance issues as a problem?” He looked at me and emphatically replied, “No.” When I told him I was perplexed and asked him to explain, he told me, “If you can find a better pressman than me, who can print faster and at a higher quality than I do, I want you to introduce him to me.” Jake had me; he could print better drunk than most pressman could sober, even with consistent attendance. The problem was not his results; it was the behaviors he exhibited to me and the team that he used daily to create the stellar results.

Every manager at one point in their career has had to deal with a brilliant jerk. We know they’re brilliant and produce strong results because if you have a jerk that’s not doing their job well, the decision is incredibly easy; you quickly fire the nonperforming jerk. It’s the smart ones, the ones producing stellar results, that make the decision incredibly difficult. If you have a brilliant jerk on your team right now, here are 7 tips for you.

Create a “No Jerks” policy. I really do believe that life is way too short to work with negative people that don’t treat other people with dignity and respect. You can even fire someone and exhibit so much dignity and respect that the terminated employee will thank you for the opportunity when they leave. Results are incredibly important to any team or organization. However, the way team members achieve those results, and how they interact with others, is equally important. Send the jerks to your competitors and screw up their workplace cultures. When people see that jerk behavior will not be tolerated, most team members who truly are brilliant will change quickly and align themselves with the team’s culture.

Ask questions, don’t tell. You can tell a jerk, but you can’t tell them much. In the examples above, you could ask the following question: “Just so I can be clear, how do you see that comment supporting me as your supervisor, or the success of our team?” There’s a good chance that the jerk doesn’t see their negative comments as a problem, and they won’t want to be told their negative comments are a problem. Asking, rather than telling, gives you the best opportunity to both understand their perspective, and lead them to discover for themselves why their attitude and resulting behaviors are a problem.

Be specific. Let the jerk know what specific behaviors you expect in the future. Let the employee know that from this point forward, if you can’t say something positive, proactive or constructive about other team members or departments we work with, don’t say anything at all. Or you could say, “When people come to you and ask for help, support, or information, I need people to describe your interaction with them as courteous, knowledgeable, friendly, and helpful.”

Calculate the true value. The jerks truly believe that they outperform everyone else and their results are worth their value at any cost. Although the jerk may outperform everyone, there is a high cost. If our best team members leave, there is a cost to replace them. When everyone is spending time talking about what a pain in the rear the jerk can be, there is a cost of wasted time and productivity. Even if the troubled team member is twice as productive as your other team members, if they cost everyone else twenty percent of their productivity, the jerk’s benefit quickly becomes an overall expense.

Hold all team members accountable. All team members need to be held accountable for treating people right. When management rewards team members only because they achieved certain results, it sets a dangerous precedent that will undermine a culture where employees love to come to work. Jerks need to know, this issue is not a case of either/or. Either you get the results and treat people poorly or you treat people well, but miss the results. To be successful in today’s culture, you need both.

Provide Executive Coaching & Training: Executive coaching and training with jerks is effective about one-half of the time. We have coached hundreds of these jerks. Fifty percent of these difficult team members will adopt the mentality, “I can learn and I can change,” and go out and build effective relationships. The other half may change for a short time and then go back to their old habits. Effective bosses realize that the jerk is not an effective team member, fire the disruptive employee, and hire a new person who understands the importance of being a strong team player.

Bosses who are ineffective tolerate the abusive behaviors of brilliant jerks, and quickly destroy their team’s culture. Brilliant jerks have a desirable skill set that they bring to the table. However, when you take into account the high cost of their behavior on team morale and productivity, it doesn’t matter how talented and skilled they are; the cost of their skills is simply not worth it. 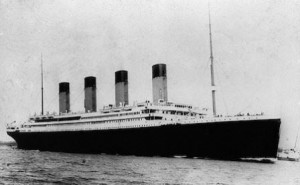 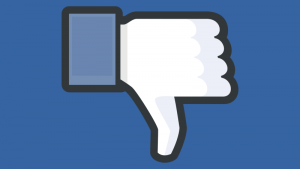 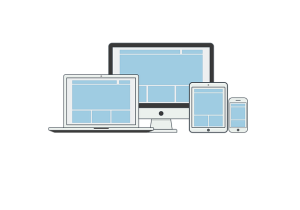 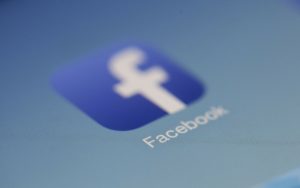