Goodhart’s Law May Be Ruining Your Business — It Almost Ruined Mine!

THAT is Goodhart’s law…and before I’d ever heard of it, it had already torpedoed my startup, threatening to sink it beneath the waves.

Charles Goodman is a world renowned theorist of monetary policy with a mindboggling penchant for linking the abstract with everyday pragmatism. Most of his career can be divided between the time he spent at the Bank of England and that which he spent at the London School of Economics.

However, what he would most likely be remembered for is the phrase above, mentioned in 1975, which although intended as a joke, so aptly describes how the modern world functions as to merit its being mentioned in every possible field ranging from education to medicine to banking to AI and beyond.

It’s a bit of tongue twister in its original form, but Goodhart’s law is an excellent mental model for goal setting that simply says:

When a measure becomes a target, it ceases to be a good measure.

We humans are so wont to gaming the system such that any measure that is set as a goal will inevitably be abused and lose its meaning.

In 2018, my brother and I invested money into forming a startup that was going to revolutionize the way Africans shopped online. We called it Wazota, and it was designed to allow buyers and sellers text each other and negotiate on a price before purchase just like in physical African markets all over the continent.

Initially we thought targeting members of the informal market was the way to go since poverty alleviation was our primary goal. So we decided to send a group of salesgirls downtown to the open market with the understanding that the more people they signed up the more they would get paid.

In hindsight, we should have known better, because it wasn’t long before our enterprising sales crew started signing all their friends. Whether or not they had something to sell didn’t matter.

Since signups were the only goal on which their pay depended, they simply signed anybody and everybody they could. I only found out about what was going on two days into the exercise when I called each individual sign up (we collected numbers) to start a conversation about how easy they found the app to use, only to realize most of them didn’t even know what Wazota was or that they had been signed up in the first place!

The Engineer Who Couldn’t Change a Light Bulb

And you can see Goodhart’s law holding sway all around us. Like the time my cousin—with a degree in electrical engineering—was unable to change the light bulb in the living room.

He is quick to remind us that he is “an engineer, not a technician”, whenever the incident comes up as a joke at his expense. But the joke remains alive and well anyway, which is a bit unfair, given he is by no means out of the norm.

Indeed, in an education system where graduation rates, memorization and conformity are often the only criteria emphasized, universities and students will optimize around those aspects, becoming experts at them at the expense of real education which is best showcased in terms of creativity, critical thinking, and concrete output.

The result is an assembly line of experts with no expertise and intellectuals without intelligence—the complete opposite of what the education system intended in the first place.

The same happens across the board.

Like women who cry foul after getting into bad marriages with men who learned how to optimize around the only criteria women tend to judge them by: money. Every unsavoury habit, psychological shortcoming, and social inadequacy gets swept under the rug in the presence of money until it’s too late. The reverse case for men would be the crowning of a woman’s physical attributes as the sole indicator of adequacy as a life partner—the women optimize around that in order to win and get ahead in the game.

The same thing happens across every facet of our modern world as people optimize for that objective regardless of the consequences.

Goodhart’s law is nothing new. In fact, the best examples of its comical consequences are best drawn from the past. Humans consistently establish targets that invite manipulation:

Indians and the Cobra Effect

Back when India was still a colony of the British Empire, cobras were a sight too common for comfort. So, in a bid to quickly solve their scaly problem, the British colonialists began offering bounties for cobra heads.

On the surface, this should have been an easy fix. See a cobra, kill a cobra; get paid.

But the locals had other ideas. They decided to start breeding cobras, killing them, and submitting the head for bounties. In the process, many cobras were released or escaped, increasing the number of cobras in circulation.

When the measure of cobra elimination (number of cobra heads) established by the British became an explicit target, it ceased being a good measure

In an attempt to boost productivity, Soviet state controllers set factory goals based on the number of nails produced.

The workers reacted by producing thousands of tiny nails.

State controllers tried to get ahead of the problem by changing the goals to the weight of nails produced.

In both cases, the nails produced were useless.

The state controller’s measure (number and weight), stopped being a good measure of productivity once they established it as an outright goal.

In the academic world, academics with the highest citations get rewarded with tenures and awards. This is all in a boost to encourage more research and publishing.

And it works fine, except for the many times when academics and their co-authors have been caught citing themselves over and over and over again in order to boost their numbers.

Once frequency of citations (a measure) was set as a target, it ceased being a good measure.

And that, my friends, is Goodhart’s law.

If you look keenly you can see it ruining everything from your local parish fundraiser to the social media beauty contest which for which your friend signed up. People will always optimize (read: abuse) any measure that is set as a target, irrespective of the consequences.

So what can you do to escape the nefarious effects of Master Goodhart?

In fact, set multiple targets, and make sure you put some thought and nuance into them so that they are not easily gamed.

Be aware of what your problem is, and then choose to measure the target or solution you really want, rather than settling for a rough proxy to what it is.

Like every law, Goodhart’s can be leveraged for your good if you master what it is and choose to play by the rules. 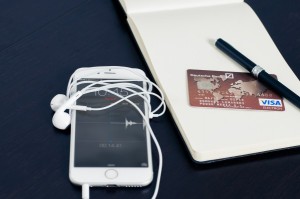 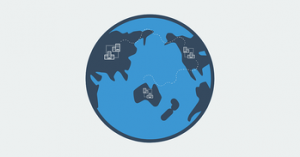 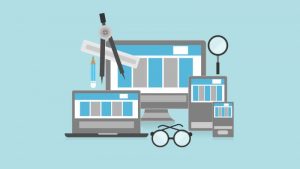