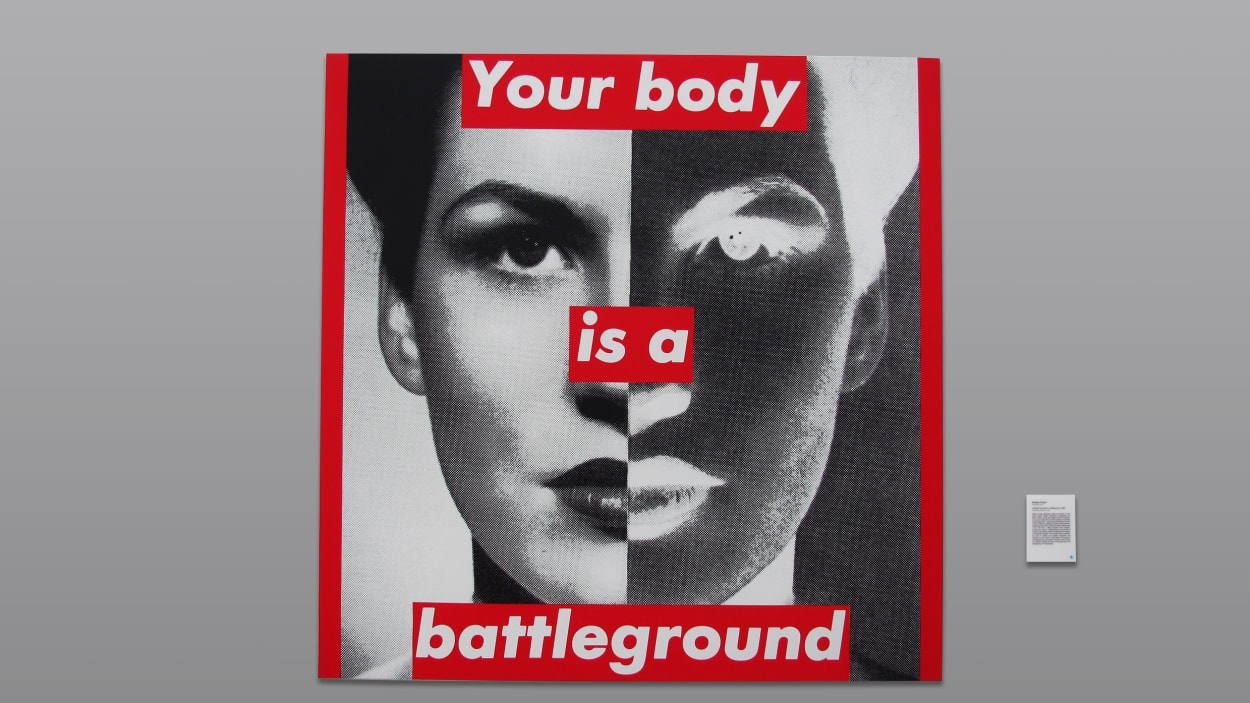 For abortion rights advocates, Barbara Kruger’s iconic feminist image “Untitled (Your body is a battleground)” remains as relevant today as when it was first released in 1989.

Riffing off the print culture of the 1980s and 1990s, Kruger’s art combined images and text to parody advertisements that used a second-person voice to entice potential consumers.

In “Untitled (Your body is a battleground),” Kruger slightly altered the photograph of the original sitter. By splitting this subject’s face into positive and negative halves, Kruger shows how anti-abortion activists cut battle lines into women’s bodies.

In 1989, the Supreme Court reviewed a 1986 case related to a Missouri law that hindered access to abortions after the 20th week of pregnancy. The law also restricted the use of public funds and buildings for abortion counseling and procedures. Abortion-rights activists responded with a planned March for Women’s Lives in Washington.

In the early morning hours before the march, Kruger and some of her students illegally plastered New York City with flyers featuring “Untitled (Your body is a battleground).” The original flyer provided logistical information about the march and details about the upcoming Supreme Court case.

Kruger also used the same image in another 1989 poster. That version, commissioned by the French government on the bicentennial of the French Revolution, appeared with the French text “Savoir C’est Pouvoir,” which translates to “Knowledge is Power” and recalls the consciousness-raising strategies of 1970s feminism.

Since then, variations of “Untitled (Your body is a battleground)” have been exhibited in various forms and languages in museums and galleries. They’ve also popped up on mugs, T-shirts and other merchandise.

Kruger has been involved in some of this dissemination, including the 1990 billboard variation commissioned by The Ohio State University’s Wexner Center for the Arts, which installed it adjacent to an anti-abortion billboard in Columbus.

In 2019, in response to continued legislative assaults on abortion rights, Kruger made a video version of the “Battleground” image, updating the original work to reflect the proliferation of digital media. After the leak of the majority opinion in Dobbs v. Jackson, she again altered it for the cover of the May 9, 2022, issue of New York Magazine.

In our new issue, we explore how we’ve come to teeter on the threshold of the post-Roe world and what comes next.@KerryHowley reports on Marjorie Dannenfelser’s single-minded pursuit of an end to abortion https://t.co/XqVR3j2pAG pic.twitter.com/dIQJKsvMbQ

Regarding the revised New York Magazine cover text – “Who becomes a ‘MURDERER’ in post-Roe America?” – Kruger predicted that the ruling will create a dilemma:

“The issue of who gets charged with ‘murder’ will be a challenge for the right to finesse … Is the ‘little lady’ capable of making that decision, or does the doctor or medical facility do the time or worse because the woman can’t possibly be capable of making the decision on her own?”

For decades, activists have relied on Kruger’s aesthetics. In some cases, they’ve repurposed her actual artwork. In others, they’ve simply borrowed stylistic elements.

In 1991 and 1992, the Ujazdowski Castle Centre for Contemporary Art in Warsaw produced a Polish-language version. When the Polish courts outlawed nearly all abortions in 2020, the TRAFO Center for Contemporary Art in Szczecin launched another poster campaign. In 2021, the organization Sanitation First India released a “Krugerizing” selfie filter for Instagram to promote Menstrual Hygiene Day.

In New York City, anonymous activists have twice hung large green banners with text in white, capital, sans serif letters. They draped a 30-foot-tall sign proclaiming “ABORTION = LIBERTY” from the pedestal of the Statue of Liberty and later from the Manhattan Bridge. Less than a week later, a banner with a similar aesthetic covered a anti-abortion billboard in Detroit, asserting, “WE WILL AID & ABET ABORTION.” Visually, the work borrows directly from Kruger’s “Untitled (Who Buys The Con?).”

????Detroit, Michigan one week after #SCOTUS’s decision on #RoevWade.

Activists covered an anti-abortion billboard with a banner that reads “We will aid and abet abortion.” pic.twitter.com/f1DORVJpQ8

Like Kruger, artist Alicia Eggert has also chosen a medium associated with advertising for her activist artwork. In her installation piece “OURS,” she uses pink neon signs that flash three phrases: “OUR BODIES,” “OUR FUTURES” and “OUR ABORTIONS.”

She installed it on the steps of the Supreme Court building in January 2022 to mark the 49th anniversary of Roe v. Wade, and the work continues to travel around the country.

The importance of public art

Kruger’s images inspire viewers around the world because they exist outside of the elite spaces of museums and galleries.

Writer and poet Adam Heardman cites the importance of situating political art in the public sphere.

Heardman writes that Kruger saw the concentration of corporate power as a direct threat to individuals, particularly women and minorities. To resist corporate America’s efforts to create a single, homogeneous consumer, she wrested advertising tactics from them to quickly and effectively communicate the hopes and fears of marginalized people, enabling the voices of those demanding justice to go viral.

Given the battle ahead to regain the right to abortion, we expect many more artists and activists to draw from Kruger’s work for inspiration, strategy and strength.

John Corso-Esquivel is an Associate Professor of Art History at Davidson College and Lia Rose Newman is the Curator and Director of the Van Every/Smith Galleries at Davidson College. This article is republished from The Conversation under a Creative Commons license. Read the original article. 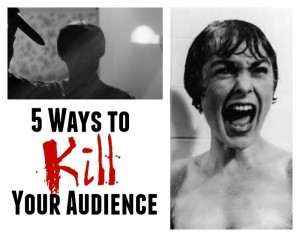 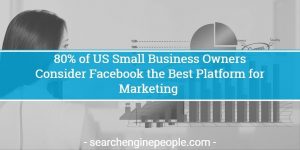 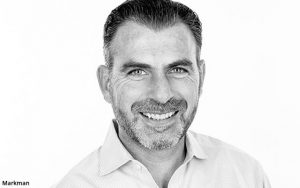 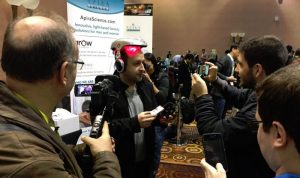 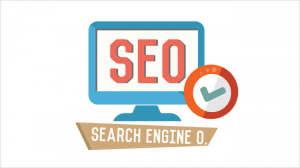