The Hidden Reason Why You Are Failing

It’s not lack of skill, resources, being too busy, or having a mean boss.
But first, a story.

The first time I played golf was with my boss in a foursome. I had never played before, but when asked if I wanted to come, I blurted out “yes”. I had 48 hours to find some clubs and frantically try to learn at the driving range. (See what I’m doing here? Rationalizing failure before it even starts.)

On the first tee with everyone watching, I whiffed my first shot. “Strike 1”, I said, trying to make light of an awkward situation. Hey, if this was baseball, I could miss once more and then hit a home run.

But on my next shot, I topped the ball and it dribbled right up to the ladies’ tee. The next 17 holes didn’t get any better and I left feeling totally humiliated. Even though I wanted to quit, I kept going. If you don’t quit, you win, right?

I internalized that shameful day and spent 4 days a week at the driving range. I bought an unlimited card so I could hit 500 balls a day. My hands had calluses and sometimes bled from having a bad grip with bad form. I signed up for golf lessons, bought books on golf, and even got a framed Tiger Woods poster to motivate me.

A couple painful years later, I had a magical day, going two under par on the front nine (an eagle and two birdies,) finishing with a 76 (at four over). It was at Iron Horse in Fort Worth and it was a crisp, slightly foggy morning that I’ll never forget.

Every shot was in slow motion and I could visualize exactly how I wanted to shape each shot. I was with a friend, but we had few words as we played.

Ever been in the zone? You don’t have to think—your body just reacts.

So why do people fail?

The answer is fear.

Disguised in other forms, it shows up as excuses, defensiveness, sickness, procrastination, and all manner of things that distract you from being successful. It’s the ultimate self-imposed emergency brake.

Catch yourself making excuses and you’re already grooving yourself for disaster. The subconscious mind manifests the negative things you conjure. It’s a self-fulfilling prophecy.

Russell Branzon summed it up perfectly:

“People don’t attempt many things they want to do in life because they’re afraid of failing, especially when it comes to things that are new or foreign. The most difficult part of the path to success is taking the brave first step (but hey, don’t worry, each one that follows gets easier!).”

When you care about others and are focused on helping them, you cannot be afraid. Fear creeps in when you’re worried about yourself—how you feel, what others might think, how YOU could potentially fail.

Fear is only possible when it’s all about you.

We’ve said that competence breeds confidence. When you know something so well, you aren’t afraid of your ability to perform.

Are you afraid of being able to walk in a straight line on level ground? Of course not, and you’re so sure in this that you don’t need to make excuses beforehand to shield your ego.

As a manager, but more often a coach, I see young and old fail for the same predictable reasons. In sports, this is called choking.

When you see someone going into defense mode, look for the vicious spiral. It could be something that literally takes 30 seconds to do, but fear paralyzes them from even trying.

The solution is a combination of these three elements:

What if your employees or freelancers who work for you fail? You want them to succeed and your business needs them to succeed with the tasks you’re giving them. However, no task – as simple as it can be – will be performed 100% satisfactory all the time.

So how do you minimize failure and how do you deal with it as it happens?

From a managerial point of view, there are two main reasons why people fail to perform the task you set them to do. I am not talking about individual failures for on specific task. Trouble with girlfriends / boyfriends, little sleep and stress can cause individual failures. You can’t get get rid of this and it’s part of being human an learning.

However, if your employees keep underperforming, there are two main reasons for that. Firstly, they may just be the wrong person for the job. If you judge a fish by its ability to climb a tree, it’s bound to fail. Some people are good with numbers, some people are good with words. The other reason is even more common and it’s a lack of clear structure. SOPs (standard operating procedures) and checklists are a MUST for every company, especially for startup founders, who are trying to form a company. In fact, I’d argue that the main part of a company are its processes. Otherwise it’s a team improvising.

To make sure people perform and love their job, give them tests that are as close to the actual job as possible. You’ll avoid putting employees in the wrong job. For continuous work, make sure you keep creating and updating your SOPs and checklists.

I personally enjoy working with BlitzMetrics due to their strong focus on checklists and processes in online marketing automation. As Dennis likes to say, code is automation for software, checklists are automation for human labor. If you build your business, you can’t afford to disregard this area. You can significantly reduce the chance of business failure if you spend 30 min a day updating your processes.

What is your solution to helping people overcome their fears? 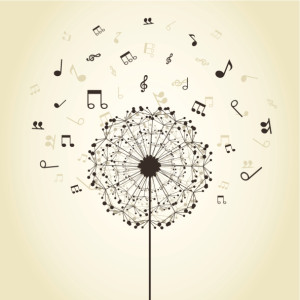 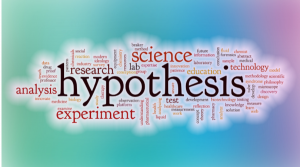 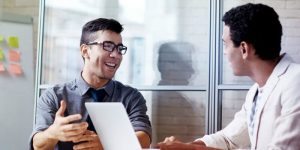 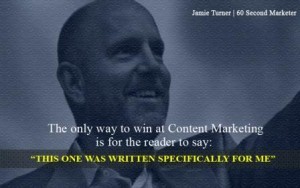