Small businesses now have new social media advertising opportunities to try out in the New Year. Pinterest recently announced that they’ve released their successful Promoted Pin functionality to every U.S.-business as of January 1, 2015.

Promoted Pins were launched 8 months ago and tested in beta for particular brand advertisers. Pinterest found that while in beta, the Promoted Pins performed just as well, if not sometimes better than organic pins, achieving a 30% bump in earned media (free impressions) for businesses. They found that Promoted Pins also succeed for a wide array of industries, and perform long after a campaign ends (because, as they stated, Pins are evergreen and last forever).

In addition, Pinterest is also rolling out Pinstitute, “a new program for businesses to learn how to connect with Pinners and see an even greater return from Pinterest.” It aims to educate businesses about advertising options and is offering online workshops, tools, and webinars specifically for small businesses.

Promoted Pins are similar to promoted posts on Facebook, or promoted tweets on Twitter. The pins look like organic content, but are paid ads. Take a look at the example below from Pinterest. The pin with the shot of a lantern is the Promoted Pin. 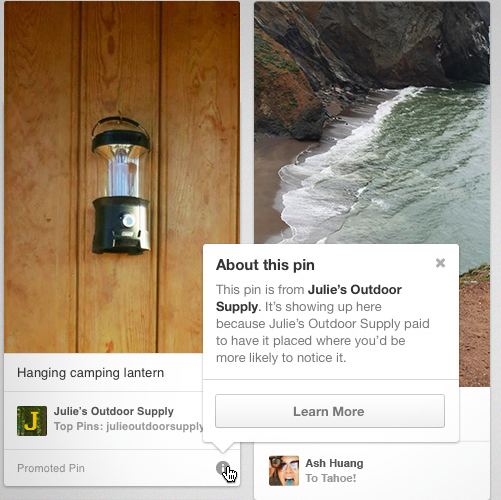 It looks like any other pin, right? That’s the whole idea. Pinterest wants these promotional posts to blend in with the rest of its content. The only difference is that on the very bottom of the pin it says, “Promoted Pin.”

Why should you use Prompted Pins?

Promoted Pins are the new wave of social media advertising. By using this new program, your pins are put in front of a bigger audience than the organic audience you’ve cultivated. As more people are introduced to your products and business, you can increase your following and (hopefully) your sales.

Promoted Pins take your audience back to your website. That’s an automatic boost in website traffic. It’s a domino effect. More people see your pin, visit your site, learn about your business, and buy your product or service.

What kind of success can you expect?

Pinterest rolled out the Promoted Pin program in September of 2013. A few businesses were selected to test it out. Big names like Kraft and General Mills have used Promoted Pins for close to a year and have had success. Since Pinterest has tested this program with some heavy hitters, it shouldn’t come with a lot of bugs.

On average, Promoted Pins are shared eleven times, which can boost the number of people who see your pin by 30 percent. That could be a big windfall for small businesses looking to boost their exposure and sales through social advertising.

How does it work?

Once Pinterest gives your site the go-ahead, you’ll select a pin that you want to promote. Through a series of screen prompts, you’ll enter keywords to help your pin show up in search results. You’ll also define your audience by gender, location (city or regional area), language, and device. You’ll set a start and end date, along with a budget.

Of course, there are things you can’t promote. Pinterest has a set of rules on its website that you’ll want to check out.

Do you plan to use Promoted Pins? If so, why? Tell us your thoughts in the comment section below. 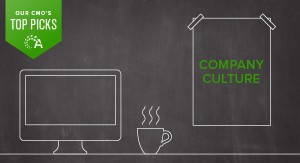